Nintendo Australia sure know how to throw a MONSTER of a party.  With the release of Capcom’s Monster Hunter 3 TRI nearly upon us.  A group of great warriors were selected to embark on a journey and travel across the sea on the back of a giant turtle to mysterious Cockatoo Island, in Sydney Australia where  danger, adventure and MONSTERS awaited !!

Step inside the cave brave Warrior and experience the world of MONSTER HUNTER 3 TRI !!! 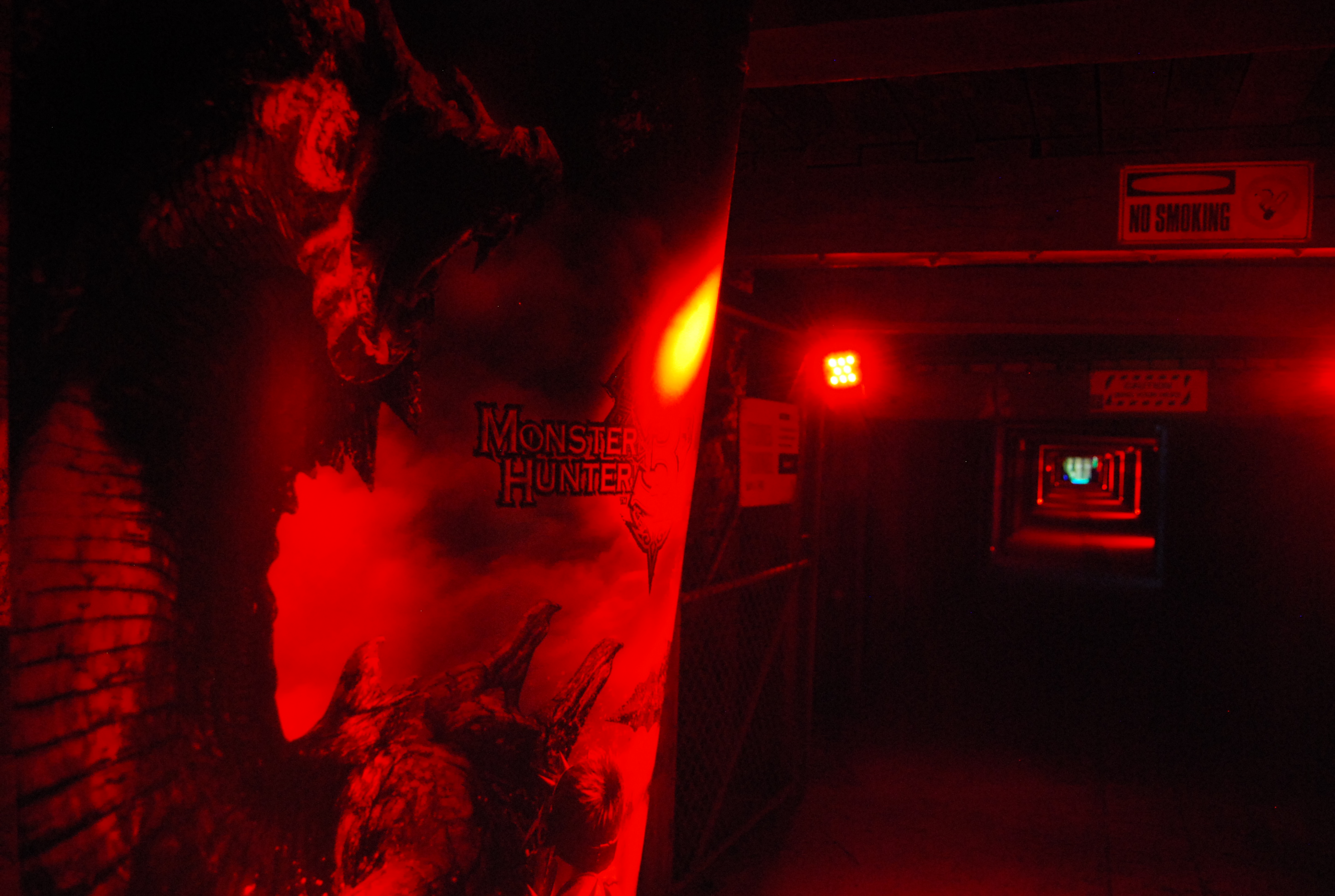 The fine people at Nintendo, hosted a fantastic event on behalf of Capcom’s Monster Hunter 3 TRI which will be available in Australia on 29th of April exclusively for the Nintendo Wii.  All the brave warriors who entered the Monster Hunter cave got to experience first hand all the excitement and danger in the world of Monster Hunter 3 TRI.

Nintendo showcased all the great new features within the game with a fantastic 20 minute presentation.  Once that was out of the way the mighty warriors were allowed to Hunt down the wild monsters themselves, testing out the great features & multiplayer that the game has to offer.  Monster Hunter 3 TRI allows for unparalleled co–op gameplay, both online and offline.  Hunting can be performed with up to three other players online or two players offline in Arena Mode.  A great feature in Arena Mode is you’ll have the ability to save your character’s information to the Wii Remote directly so you’re always ready to play anywhere you go !!

MasterAbbott was able to get an exclusive preview of Monster Hunter 3 TRI in action with Nintendo’s Jamie Wilson providing a detailed rundown of all the new features within the game.  Check out the video below:

Monster Hunter 3 TRI will be available on the 29th of April as a standalone game or in a bundle with the new Classic Controller PRO (which comes in black)  Price for the standalone will be $79.99 AUD and $99.99 AUD for the bundle.  The Classic Controller Pro’s more traditional control configuration will give gamers the ultimate monster hunting experience.

Capsule Computers would like to thank the great people at Nintendo for organizing such a fantastic event.  The fine warriors were provided with an abundance of food and beverage and even a Monster Hunter swag bag full of goodies to take home.

In the end all the Warriors made it out of the cave alive and in one piece, leaving the mysterious Cockatoo Island on the back of the Giant turtle they all made it to the main land and back to their loving families who were eagerly awaiting their triumphant return 😉

Check out the pictures below of the event :