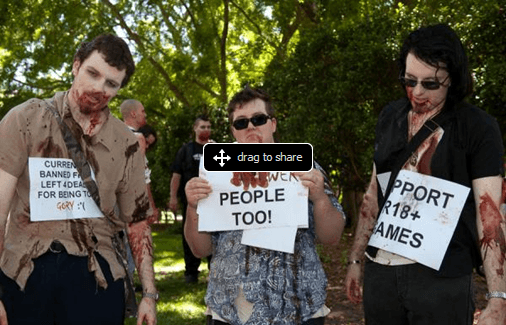 On March 27th gamers around Australia will unite in Sydney to protest Australia’s lack of a R18+ rating for video games released in Australia. If you would like to also be a member of the protest and help raise awareness that there needs to be a change to the rating system, the zombie walk protest will start at Hyde Park Fountain on March 27 and lumber through Sydney.

In Australia if a game receives a rating higher than R15+, then the game is immediately banned and not allowed to be sold on Australian soil. There is always the choice to import the games, however they are deemed illegal. These protests have been wide spread in the hopes to encourage the Australian government to add the new R18+ rating, to match with most of the rest of the worlds views on video games. 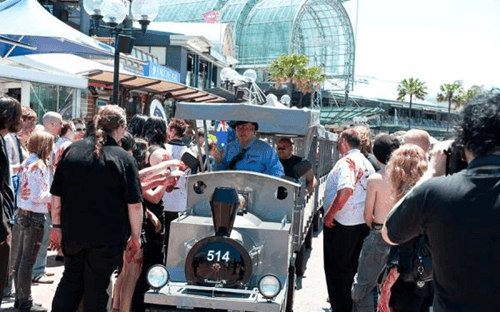 Notable games that have been banned because of this include Left 4 Dead 2, Manhunt, Risen, and Silent Hill: Homecoming. Left 4 dead 2 had to be re-edited and the violence toned down greatly to receive a R15+ rating, and many other games have had release delays thanks to this old rating system.

Will anyone be taking part in this zombie walk protest? It’s a bit interesting that the protest involves people dressing up as the bloody undead, and walking through the streets. However it does get people’s attention, only time will tell though if it will be positive attention that will help change people’s minds. Or will it be negative because it may scare people even more of the violent nature of some video games, seeing people dressed up in such a manner in protest. 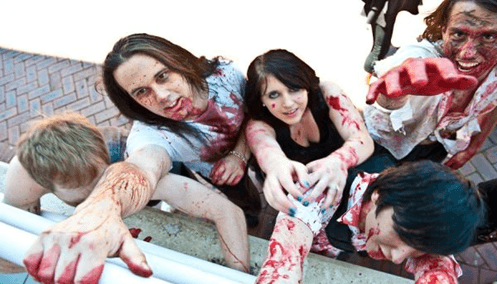 The photos shown were taken from the last protest in November of last year.