If you know your games then you’d know all about King Of Kong : A Fist Full Of Quarters a great video game documentary about Donkey Kong and the epic battle for claiming the right to be the King of this legendary game.

In the movie the Billy Mitchell and new comer Steve Wiebe battled it out to claim the crown.  In the end Billy ended up winning and his high score was cemented into the record books over at TWIN GALAXIES.  Until NOW !!!! 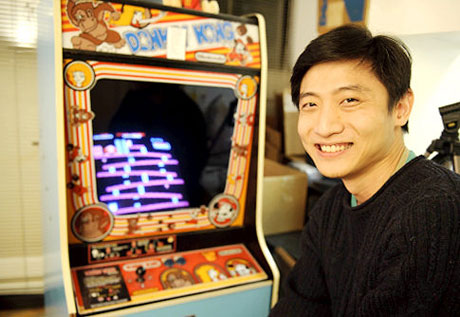 Hank’s new score for Donkey Kong is : 1,061,700 .. This is a fantastic effort.  From what we’ve heard Hank’s training for breaking the high score was like that of an Olympic athlete, practicing for up to 3 to 6 hours a day.  The only issues were having to go to toilet and lack of concentration.  But thats a small price to pay to be the KING !!

If you want to check out  more have a read of the interview that was done over at details.com.   MasterAbbott will try and see if he can get a hold of Hank himself as he’d like to ask him some more questions.