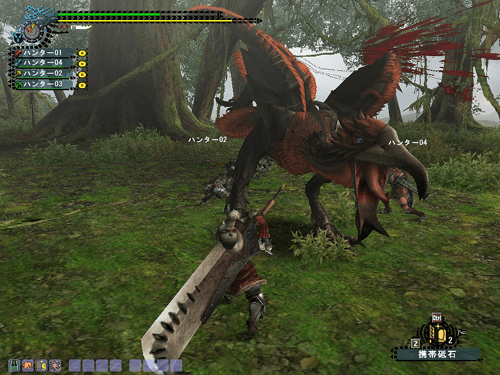 Sharpen that huge sword, feed your little watermelon pig, strap on your favourite boots and get ready for some Monster Hunting action on XBOX 360 !!

Japanese Xbox owners are in for a real treat.  Capcom have revealed Monster Hunter Frontier will be making its way to the Xbox 360 console on June 24.

It gets better.  Listen to this… the Monster Hunter Frontier release on Xbox 360 will be jam packed with a truckload of cool free weapons that will help you get on your feet and start hunting those monsters in no time.  Along with that Capcom will be releasing the Monster Hunter / Microsoft wireless keyboard at the same time.

Now what about ME and the rest of us.  Well so fare there is no US/EURO release at the moment for the game, but don’t be sad.  We’ll keep you informed once we have more information.