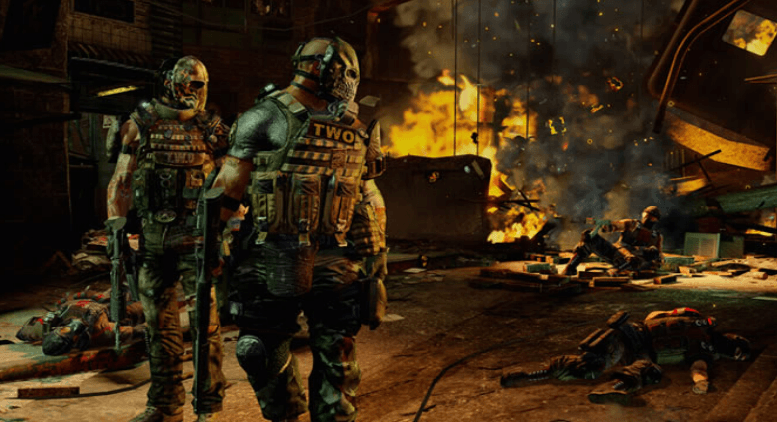 Army of Two : The 40th Day is out today 12th Jan, and already it’s been getting some great reviews.

This time around Salem and Rios have turned into entertaining anti-heroes while the setting is now much more befitting to the gameplay.  Hat’s of to Electronic Arts for delivering a fantastic co-op experience.

When a disaster of epic proportions strikes Shanghai, China, Rios and Salem find themselves right in the middle of it all – the wrong place, the wrong time, but the right team. A carefully orchestrated series of mysterious catastrophes is dragging Shanghai to the brink of ruin, and now the Army of Two must fight their way through ravaged city districts as they try to beat the odds and uncover the secret of the 40th Day. ARMY OF TWO: THE 40th DAY features a bigger playbook of new co-op moves that either player can use at any time, opening up new strategies and countless choices for both players. The result is a bigger, better, more organic and immersive co-op experience that lets gamers put their best two-man tactics to use whenever and wherever they want.

What do you think of Army of Two : The 40th Day this time around.  Have EA done a better job.  Or are you still not very impressed.  Let us know.  Leave a comment below

Plants Vs Zombies To Grace The Playstation Vita