James Cameron’s Avatar™ takes us to a spectacular world beyond imagination, where a reluctant hero embarks on a journey of redemption and discovery as he leads an epic battle to save a civilization. In the official Avatar mobile game, the planet Pandora’s last hope lies with the human Jake Sully. Transferring his consciousness into a human-Na’vi hybrid – a living, breathing body that resembles the Na’vi but possesses the human subject’s thoughts, feelings and personality – Jake undertakes his mission as an ‘avatar.’ Join Jake in the mobile game’s original, action-packed adventure. Undertake a mission to liberate a planet, unite the Na’vi tribes, and revive the legendary Sacred Weapon. As Jake, you’ll explore lush jungles, soar through the skies on a banshee, survive ferocious battles, and develop fantastic powers in your struggle to save a world and a people. 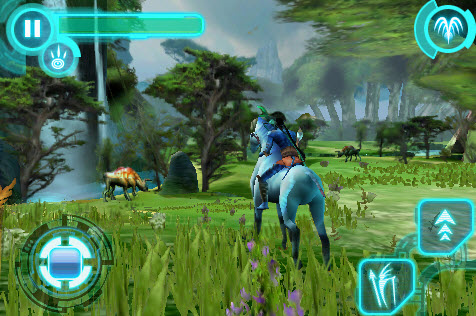