I was very fortunate to meet with Com2us Producer of Sniper Vs. Sniper on the Apple iPhone/iTouch, Peter Huh in Tokyo for Tokyo Game Show 2009.

Peter explained the development cycle of Sniper Vs. Sniper.  What’s new and how it all works along with some cool tips on making you the best sharp shooter in the game. After reviewing the game, it is clear that Com2uS has made the best online Sniper game for the iPhone and iPod Touch.

Initially Sniper Vs. Sniper was a relatively small project with only a 3-4 month time limit.  Development started in March of 2009 and by June it was ready for beta testing.  The first build of Sniper Vs. Sniper only had two modes :  1v1 single player and 1v1 multiplayer.  The testers beta testing wanted more.

From hearing the feedback, Sniper Vs. Sniper went back into development and everything started all over again from scratch.  New modes were added such as :

Single Player Campaign : Consisting of 6 beautifully designed maps where players attempt to take out AI controller snipers and following a storyline plot.  As players progress and pass missions they are also able to take part in the Special Missions.

Special Missions : Consist of a number of objective based missions within each of the 6 high quality maps/levels of the game. For example, a simple objective in one level would be to shoot all 20 flower pots within a specific time limit.  Completing all the missions within a specific level will open up an upgrade that you can use to your advantage in multiplayer or in single player.  Such upgrades / perks are better scope for greater visibility and stronger bullets for more damage. I won’t ruin the surprise on the other upgrades, so you will need to find them out for yourself.   Special Missions is a great addition to Sniper Vs. Sniper and it has the feel of a mini-achievement style / mini-game type of mode.

Online Multiplayer  1v1 : This is where the real fun takes place.   The online multiplayer 1v1 mode is where you can pit yourself against the world’s best snipers.  There is a ranking system and also a “Call Of Duty” style Medal system that players strive to achieve.  Players can challenge one another by simply sending each other requests.  Once both parties accept they are thrown into the action and .. well you know what happens next 😉  1v1 online mode also has a chat room style lobby where players from across the globe can chat and challenge one another from there as well.   It’s also a great place to sit back and exchange tips and tactics and strategies as well.

Alliance Attack : This mode is really cool  this as the name of the mode states, has you team up with a human controlled partner against AI controlled opponents online.  This is a really fun and a casual type of online experience where you can enjoy working as a team to get the job done.  World rankings are not calculated in Alliance attack so you can enjoy a casual online experience without the stress and pressure of dropping ranks.  This is recommended to anyone starting up playing online to get an understanding on how the game plays in multiplayer mode.

Peter advised that his favourite level / map is Building and City .. so if you happen to play against him on those BE AWARE 😉 he knows the levels like the back of his hand.  The Temple level is possibly the most beautifully designed map inspirations taken from the Ankor Wat temples in Cambodia.  And the 360 degree panorama views available from the forest map/level are truly amazing.

In terms of difficulty Peter suggests you go through the Campaign mode first to get a good understanding of the game and its mechanics, once you’ve completed the game try your hand at the 1v1 and alliance modes online.  Then once you’re a true sharpshooter take on the challenge of the special missions to gain yourself the extra perks and abilities that will most certainly be very useful online. After you feel like you’ve mastered the game, try your hand against the producer of the game, codename Crazylife.

Development of Sniper Vs. Sniper went from June to September including a public beta which was very successful and accepted by the testers.  Sniper Vs. Sniper has since been sent to Apple for approval and should be available in the App Store around the 8th of October.

If you haven’t already checked out the screenshots and video please have a look below :

Calculator Girl for iPhone and CalcGirl for Android 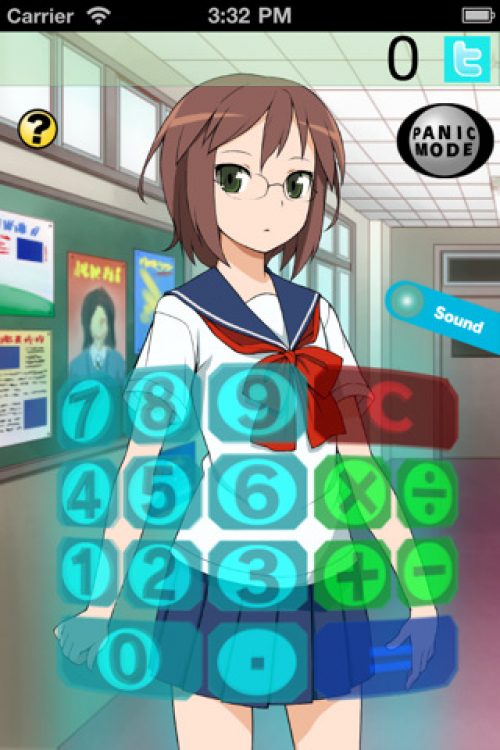