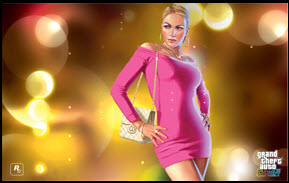 What do we really know about the mysterious Gay Tony, other than what his name implies? Not a whole lot. This trailer introduces us to the eccentric character, star of the upcoming GTA 4 DLC, “The Ballad of Gay Tony.”

The expansion his October 29 as a $20 Xbox 360 download, or as part of the $40 GTA: Episodes From Liberty City stand-alone disc.

Check out previous Blog on GTA Balad Of Gay Tony