AvatarTM to the Mobile Screen

With Avatar, the director of “Titanic,” takes us to a spectacular new world beyond our imagination.  The film delivers a fully immersive cinematic experience of a new kind, where the revolutionary technology invented to make it, disappears into the emotion of the characters and the sweep of the story.

“With a riveting storyline and compelling characterization, Avatar: the Mobile Game will raise the bar for the mobile game user experience,” said Gonzague de Vallois, senior vice-president, Gameloft. “Gameloft’s expertise in movie-based games, promises the Avatar mobile game will have tremendous appeal to both casual and hardcore gamers alike.”

“Fox Mobile Entertainment has enjoyed a successful relationship with Gameloft, and we have every confidence that the Avatar mobile game will display the same level of quality, creativity, and innovation that are hallmarks of Gameloft’s mobile titles,” said Andrew Stalbow, senior vice president, Fox Mobile Entertainment. Marking Gameloft’s third collaboration with Twentieth Century Fox. Avatar: the Mobile Game will launch at the end of 2009. It will be available on all mobile platforms worldwide.

Gameloft is a leading international publisher and developer of video games for mobile phones and consoles. Established in 1999, it has emerged as one of the top innovators in its field. The company creates games for mobile handsets equipped with Java, Brew, Windows Mobile or Symbian technology. The total number of games-enabled handsets is anticipated to exceed four billion units by 2012. Gameloft games are also available to players on WiiWare and DS, Microsoft’s Xbox LIVE Arcade, Apple’s iPod, iPod touch and iPhones, and PCs.

For more information, be sure to follow Gameloft’s Twitter feed at: twitter.com/gameloft or visit us at www.gameloft.com

Fox Mobile Entertainment (FME) is the exclusive mobile licensor of all Fox Filmed Entertainment content. In addition to distributing mobile video and managing mobile video channels, FME focuses on the exploitation of Fox Filmed Entertainment intellectual property across all mobile platforms.  Popular titles licensed through FME include the television properties 24, The Simpsons, and Family Guy, as well as major motion pictures such as Night at the Museum 2 and Ice Age 3. 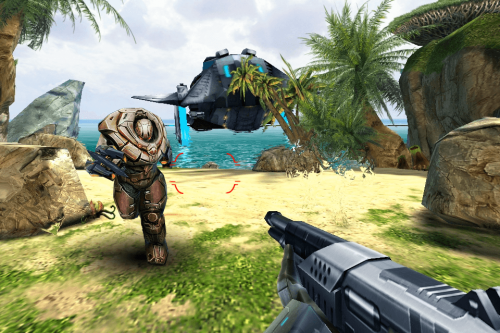