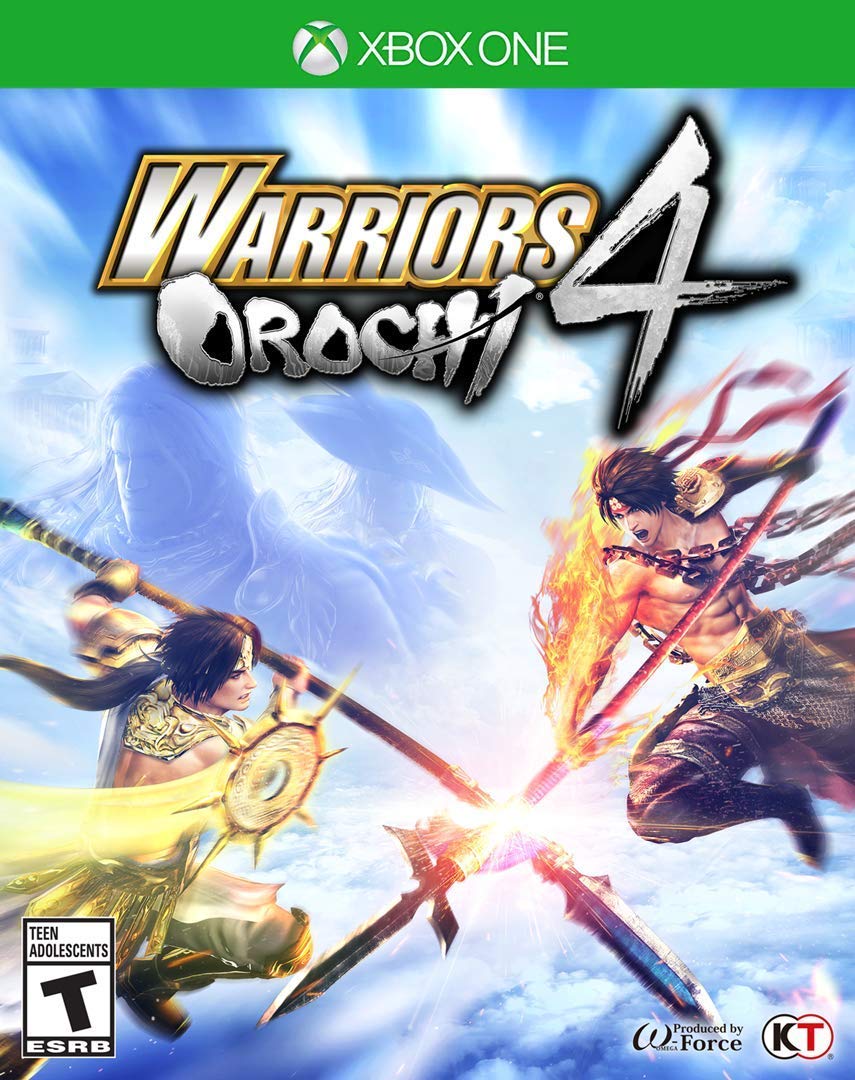 As the Warriors style of games have grown more popular and branched out into various anime franchises and other types of unique mash-ups, Koei Tecmo has been more than willing to let Omega Force try their hand with some different and unique mechanics. While some of these have worked better, especially in regards to their anime titles, than others, such as attempting open world, there has always been a series that has allowed things to really get out of control and that happens to be the Orochi series. Now with Warriors Orochi 4 bringing in Greek and Norse mythology and offering an insane number of playable characters, is this entry worth picking up?

Thanks to memory manipulation, the storyline from the previous game actually does manage to connect a bit to Warriors Orochi 4. While all of the characters from both Dynasty Warriors and Samurai Warriors no longer remember the events that occurred while they were battling against Orochi, the Greek god Zeus found himself rather entertained by the battles that he witnessed and managed to craft a number of special Ouroboros Bracelets that have managed to throw the two worlds into flux once again at his behest. 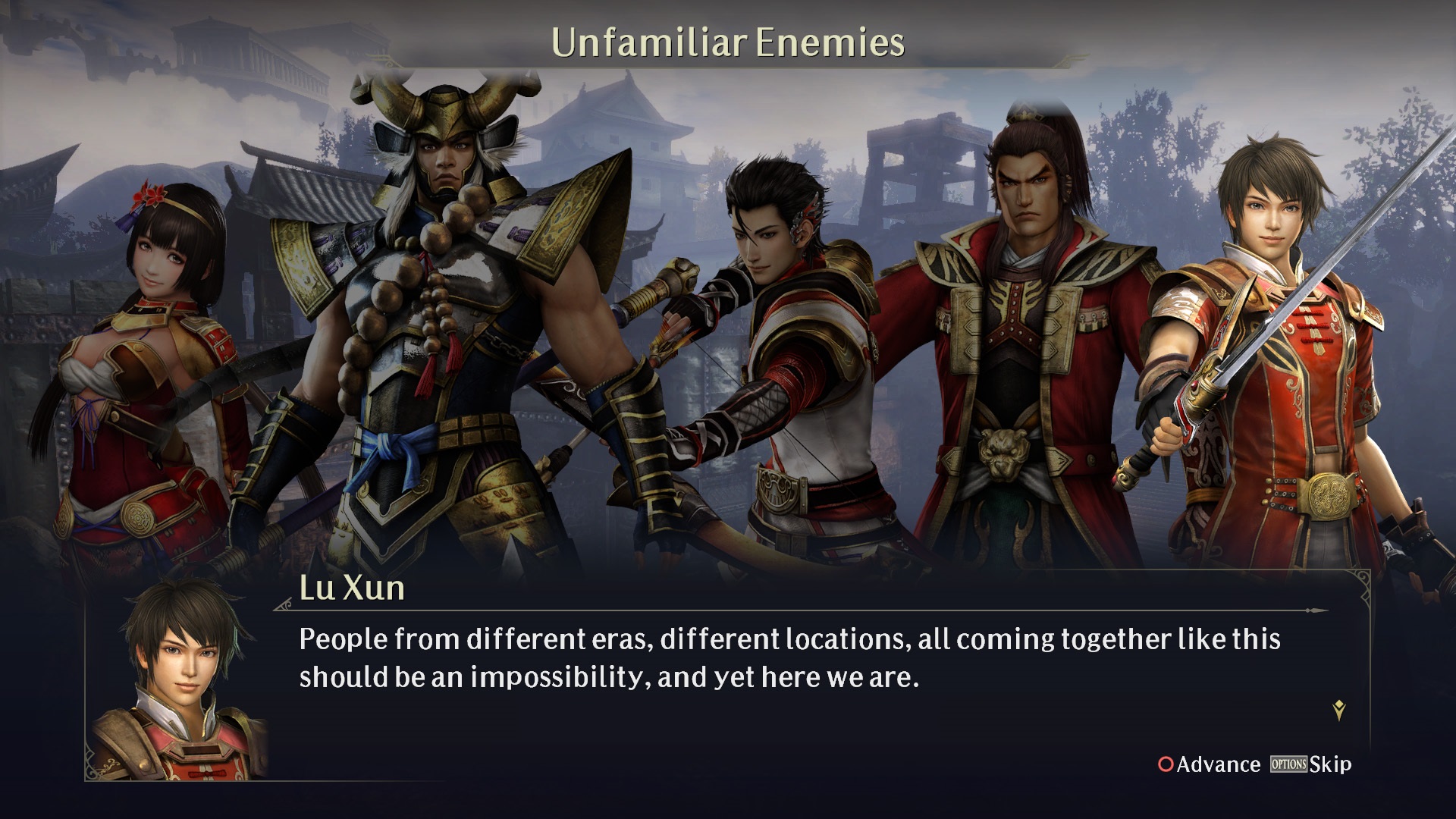 While this does serve as a connecting line to the previous game Warriors Orochi 4 does provide enough of a summary that newcomers shouldn’t get lost along the way. That being said, this new storyline does mean that the various guest characters from outside series do not return but instead we see a number of gods from Greek and Norse mythology appear on the battlefield instead as even they begin to battle amongst one another due to Zeus’ actions.

In most ways Warriors Orochi 4 plays in similar fashion to the previous game with players being able to select three warriors of their choice, though some stages give special bonuses if you use specific warriors, with players being able to swap between these three fighters at will with warriors that aren’t in combat slowly regaining health and their musou gauge over time. 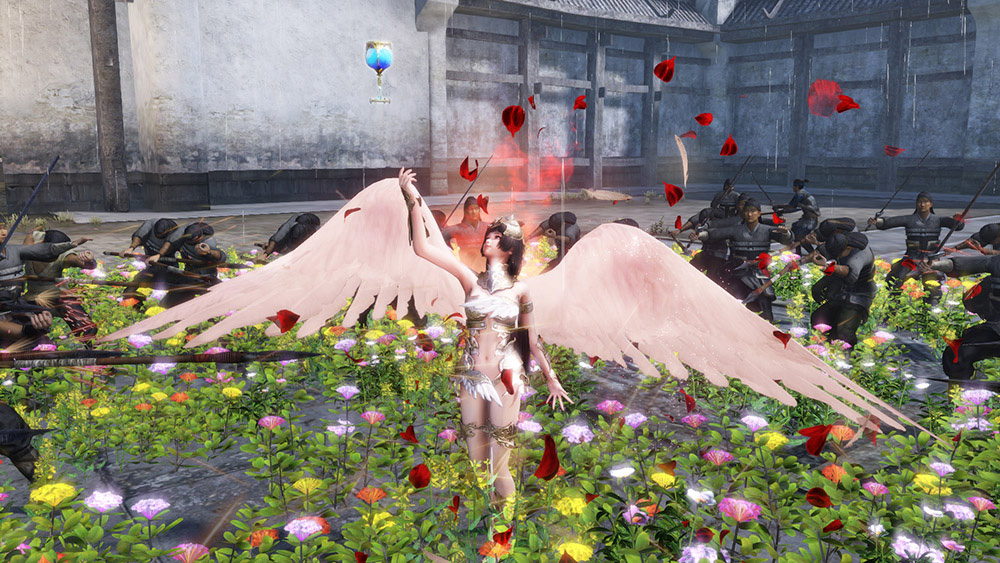 In true form of a Warriors style game we see this team facing off against thousands of standard enemies as well as a handful of enemy officers and commanders with Dynasty Warriors characters retaining their own style of special attacks and Samurai Warriors also retaining things such as their dash attacks. One thing that Warriors Orochi 4 makes sure to offer players is the ability to bring their combo attacks to an all new level, with this concept highlighted by how incredibly generous the combo meter is before resetting, as it is possible to swap between your three warriors mid-combo allowing for a complete mix up of attacks that often reset a unit’s attack string allowing players to really bring the pain to their enemies if you find a team capable of juggling foes like this.

Outside of the new mythology being added into Warriors Orochi 4 the biggest element added into this entry happens to be the magic and deification mechanics. Every character is given a “Sacred Treasure” that allows them to use a variety of special attacks. There isn’t as much variety in these attacks as the standard weaponry in the game but with each treasure giving characters four magical abilities this is a nice addition that helps spice up the simple and repetitive nature of combat. These magical abilities allow players to summon a horse immediately under their warrior at no cost, unleash a small scale magical attack to enemies at the cost of a small bit of a quickly regenerating magical gauge, a powerful magic attack that can deal extreme damage to foes in the form of a Charge attack, and unique magical spells that requires both the magical gauge and musou gauge to be filled. 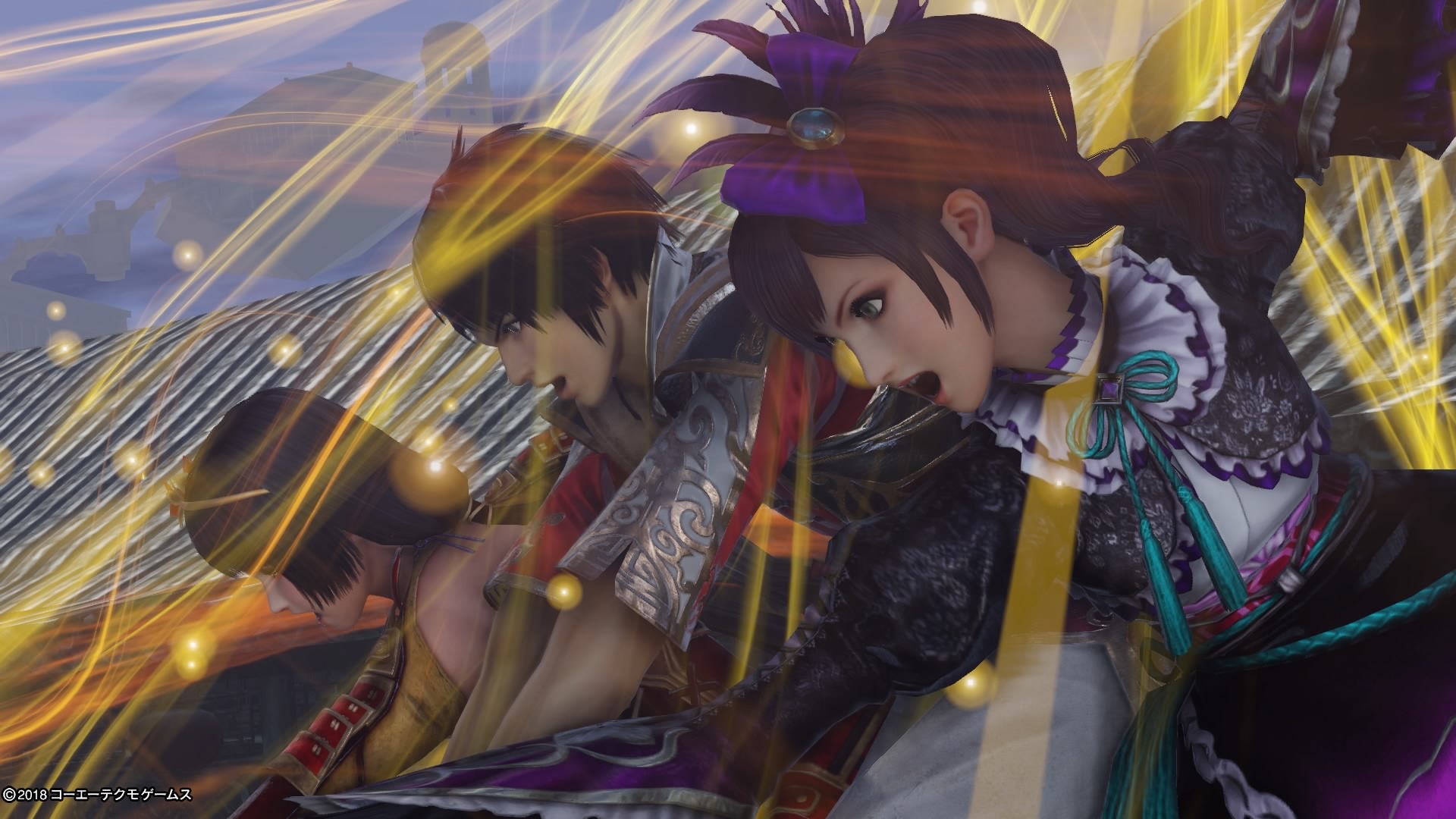 In fact there is even the ability to utilize a massive attack that will see your three primary fighters and your four support characters basically forming a large ki blast that will deal extreme levels of damage to all foes in the area. This type of attack can only be used rarely but can easily turn the tide of a fight if you find yourself struggling against enemies. It is worth noting that there are also certain enemy types that can only be damaged by magical attacks though these tend to only appear only a few times per stage. As for the deification mode there are a few characters, as mentioned earlier, who are given the primary focus in the story and can transform into a special form that gives them unique and nearly unlimited magical power for a period of time.

With so many characters available to use it is nice to see that every fighter has a unique animation set and even though certain characters do have the same weapon types and play similar to one another, there is enough variation between characters to keep things fresh, especially with the aforementioned magical system. There is the option to test out your teams in a “mock battle” if you aren’t sure just how well your fighters may match up with one another in combat. As you play through the game characters will level up and obtain new weaponry. Characters are unlocked as you advance through the story and play through the numerous side missions on offer and even if you unlock a favorite character later in the game, it is possible to use banked up growth points to level them up to a satisfactory level if needed. 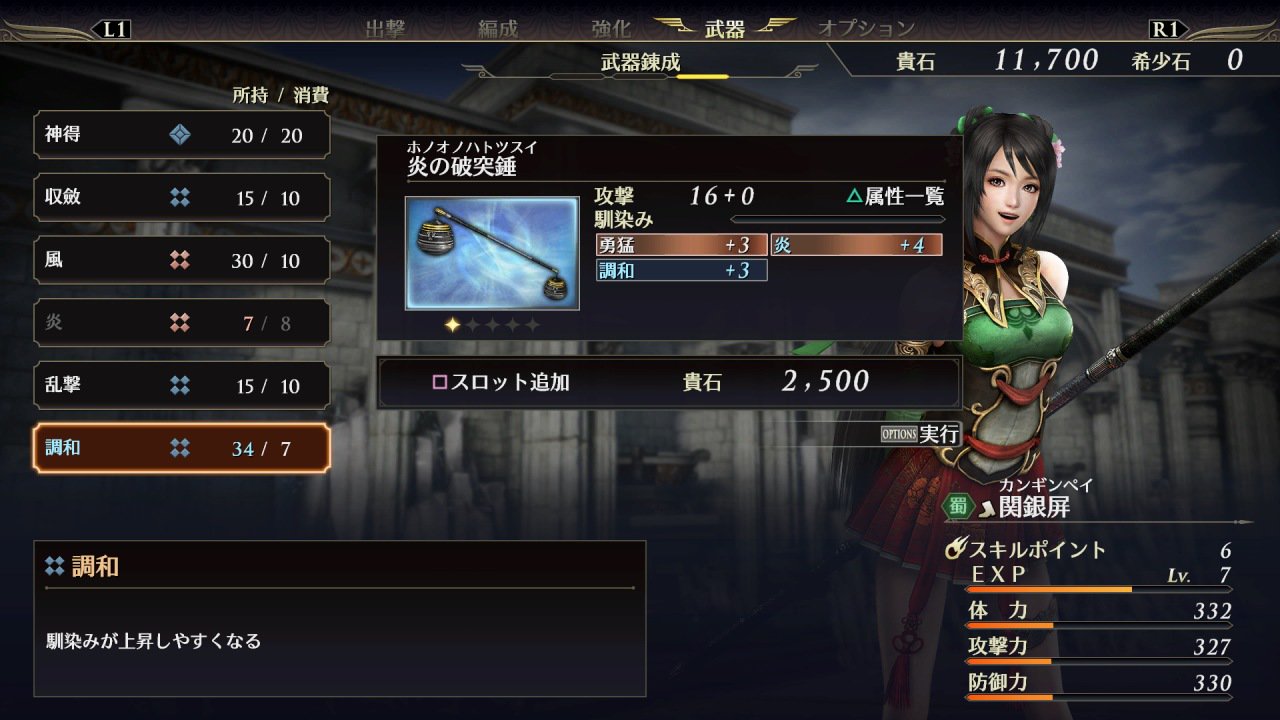 As you level up characters it is possible to use skill points to unlock further attack strings or increase that character’s stats and gems earned throughout the game can also be used to upgrade various elements of the camp to provide little stat boosts and other small elements to make a player’s life a bit easier. It is worth noting that while it is possible to play Warriors Orochi 4 co-op either via split screen with a friend at home or online with others in story mode, there is unfortunately a real lack of other game modes. There is the option to play a competitive mode called Battle Arena but this mode is rather lacking in nature and even now it is difficult to find players willing to partake in a match.

Players will be happy to hear that Warriors Orochi 4 runs perfectly fine on the Xbox One with no slowdown in combat even with crazy combos being unleashed or the flashy elements of the magical spells being used. The actual designs of the characters remain similar to what players of these series have been familiar with the few deification models looking extremely nice, making it disappointing that it is so limited in nature, while the environments players fight in tend to be once again rather bland even though some stages are now mashed together in true world merging fashion. 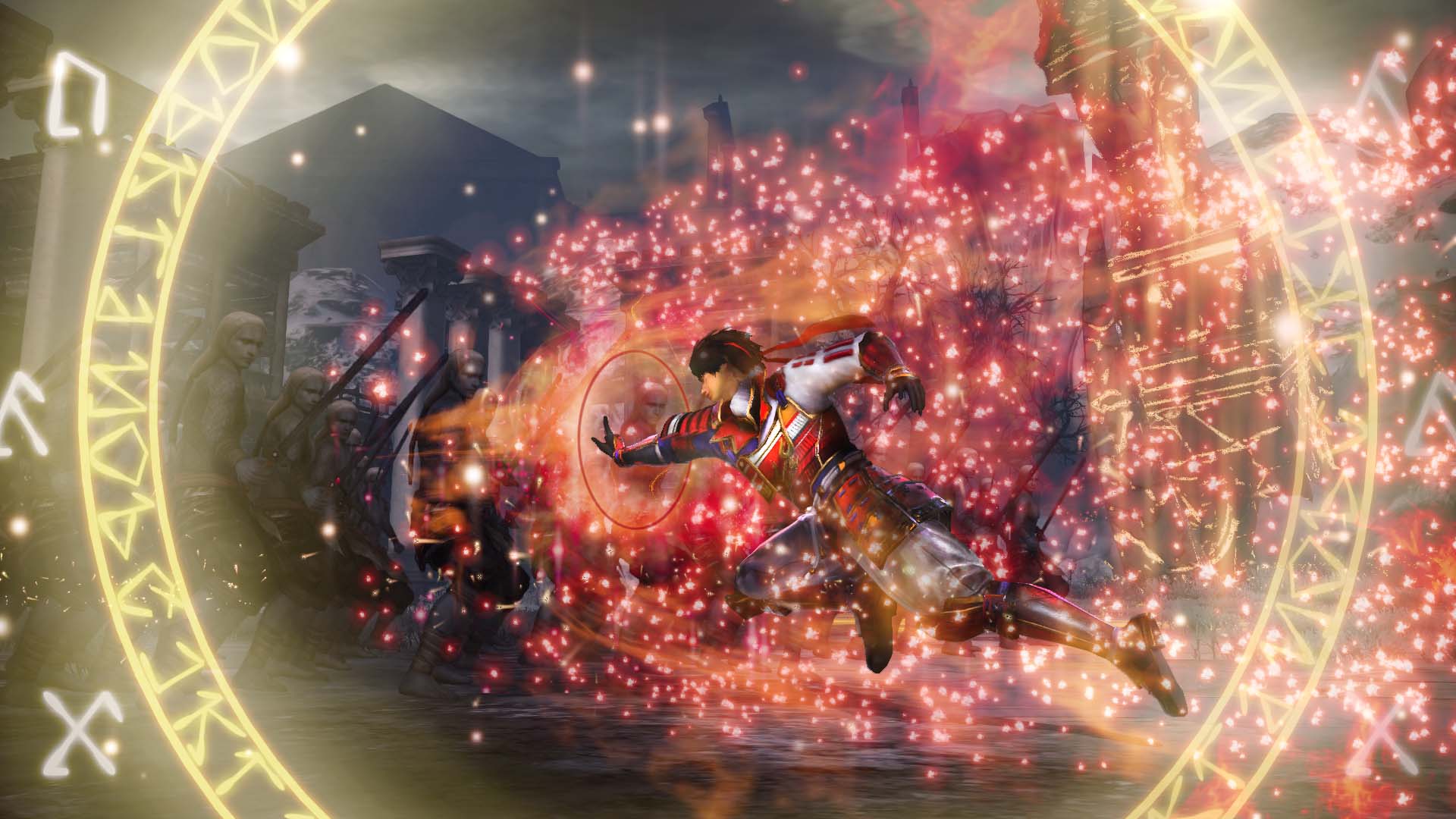 The soundtrack features a mix of background music spread across games throughout the series as well as a few standard generic tracks that really don’t stand out too much while the Japanese voice work is fitting, albeit a bit odd at times given the Western gods featured in the game.

Warriors Orochi 4 takes the familiar formula of past games in the series and expands upon it in enough ways to keep things feeling fun. Fans of the series will be pleased with these additions that help keep things from getting repetitive too quickly though be prepared for there being so few game modes to enjoy. Magical attacks and features offer new tools for the player to have fun with while the storyline featuring Greek and Norse mythology helps spice things up though it is disappointing that the story really leaves a number of characters by the wayside and deification is also kept focused to only a handful of characters.

Warriors Orochi 4’s offering of a massive roster and the ability to use magic in combat makes for a fresher experience that fans of the series will enjoy though it's repetitive nature still lingers for those who aren’t fans of the series’ signature element of taking down entire armies on your own.
8.5