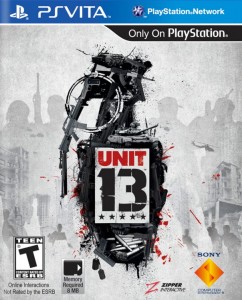 Overview
Zipper Interactive are no stranger to shooters. They are behind the SOCOM games and the massive online first person shooter MAG, which allowed 256 players in one game. Now they are back with Unit 13, their first game on Sony’s newest handheld, the Playstation Vita. Unit 13 follows the said unit in a variety of missions, as well as assassinating targets considered too dangerous for the world. With two sticks to contend with, as well as graphical powerhouse and a touch screen, can Zipper Interactive create a great third person shooter or with they fail with their mission? 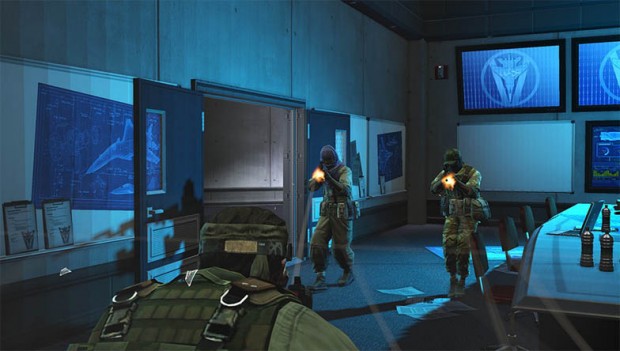 Gameplay
The third person action of Unit 13 is perfect for the Playstation Vita. The main focus of controls is the dual sticks on the Vita. The left stick controls movement and the right stick controls the camera. For the first time on a handheld, it is great to have a set of controls that are reminiscent of third person action games on the consoles. Of course, this isn’t the only game that features such controls, with Uncharted: Golden Abyss another example. Zipper Interactive have also blended both traditional controls and touch controls with excellence. Reloading and interaction with the environment are located at natural points on the touch screen, with swapping weapons, cover and other actions given a home on the action buttons. The blending of the controls is seamless and easy to learn and use.

Unit 13 features 36 missions for the player to conquer. These contain a variety of objectives, from covert missions to run and gun missions. There is no story as such, as these missions are separate from each other. However, they vary in difficulty and in length, which is perfect for portable gameplay. You also get to choose which operative you take on the mission, however, the game gives a recommended operative to take on the mission. Each operative levels up individually, which helps unlock weapons for the others to use. After completing these missions, each player is given a star ranking, which can be posted on an online leaderboard. A points system will bring back players as they compete for the high score. 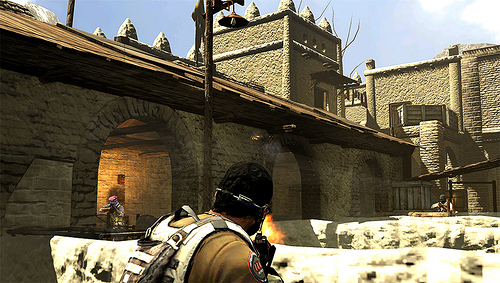 In addition to the 36 missions in the main mode, there is another single player mode that involves assassinating highly sorted targets, known collectively as High Valued Targets. There are eight of these missions and are unlocked after meeting certain requirements, including completing the main missions. These are usually more difficult than the main missions, so be prepared to bring your tactical mind to the mission. The game also uses the Vita’s connectivity features to bring co-op multiplayer and daily missions. There is no competitive multiplayer included in the game. However, the daily missions are a good idea. It increases the longevity of the game as well as bringing a fresh challenge every day. These missions can be received via 3G, bringing a new meaning to portable gaming.

Unit 13 does have a few faults in its gameplay. First up, there are instances where the AI acts quite odd or quite inconsistent. One covert mission had me in a scenario where two men were right next to each other and I wanted to shoot them down both. I shoot one down with a shot to the head and the other did not react, which is unrealistic. There were times where the man would be alerted, hence the inconsistencies. However, the AI issues are quite minor, as it doesn’t happen often enough to break the game. In fact, the AI is fine. If I miss a shot with a silenced pistol, the man would react and search for the source of the bullet. They do give up quite easily, I would admit, even in harder difficulties.

Some missions will have your chosen operative to forgo regenerative health and go with the classic health bar. With every shooter game featuring regenerative health, I am glad some missions scrap regenerative health. It allows players to reach for their survival instincts and proceed with a tactical thought process in order to complete the mission. Of course, checkpoints between objectives refill the health bar. Speaking of regenerative health, it is only useful if you only get out of the gunfire. No matter the difficulty, the player could be down in a few shots. Despite that, Zipper has brought the console experience successfully to the portable arena. 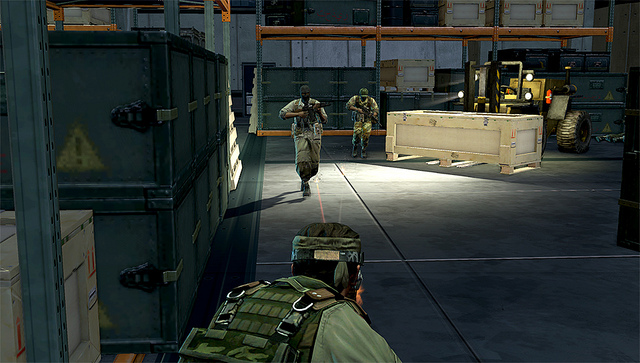 Visuals and Audio
The visuals of Unit 13 are great. Character models are polished and detailed. Do expect to see the same enemy mission after mission in terms of regular goons. Each operative has their own distinguished look. So do the main targets in both regular missions and High Value Target missions. There are a few different settings, but they do get recycled and are usually buildings, which gets old very fast. There aren’t any missions in the jungle or somewhere different, just buildings and structures. Animations run quite smoothly, with the frame rate rarely dropping. There is very minor lag, so it won’t be a game breaker.

The audio of the game fits in with the operative theme. The background music features heavy beats and strong synthesising to evoke the atmosphere and mood of an operative. The sound effects are fine. A gun shot sounds accurate, as well as shots coming from accessories, such as the silencer attached to the pistol. The voice acting is quite good. Each operative has their own voice actor, bringing each of them some sort of personality. Most of the regular enemies have the same voice most of the time, but it is nice to hear some small, friendly chatter between men on the same side. 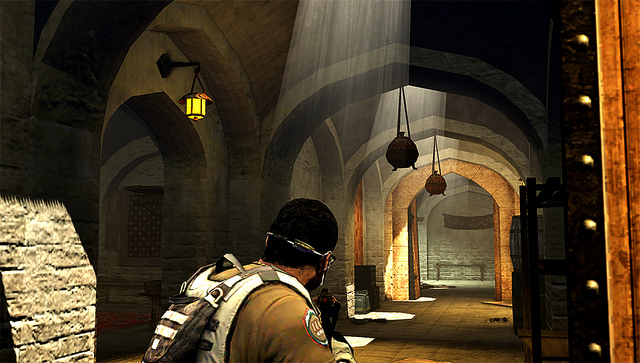 Overall
Unit 13 brings the best shooter experience for the Playstation Vita for the moment. Bite size missions, targets of high value and daily challenges will keep players glued to the game. Throw in some co-operative multiplayer, great visuals and audio and the fresh air that is dual sticks on a portable and Unit 13 is looking to be the best third person action game that the Playstation Vita will have. This is definitely one unit worth joining.