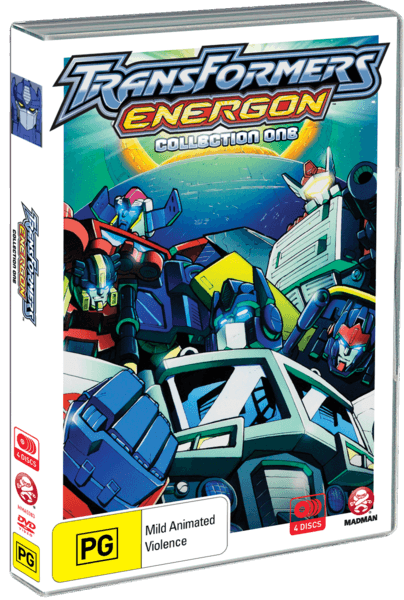 Overview
A Transformers’ work is never done it would seem. Having already defeated the greatest foe known to Cybertronian history, the Autobots and Decepticons begin down an unexplored path, one of co-operation. But when a new foe appears from the depths of the cosmos, just how long will this truce last? 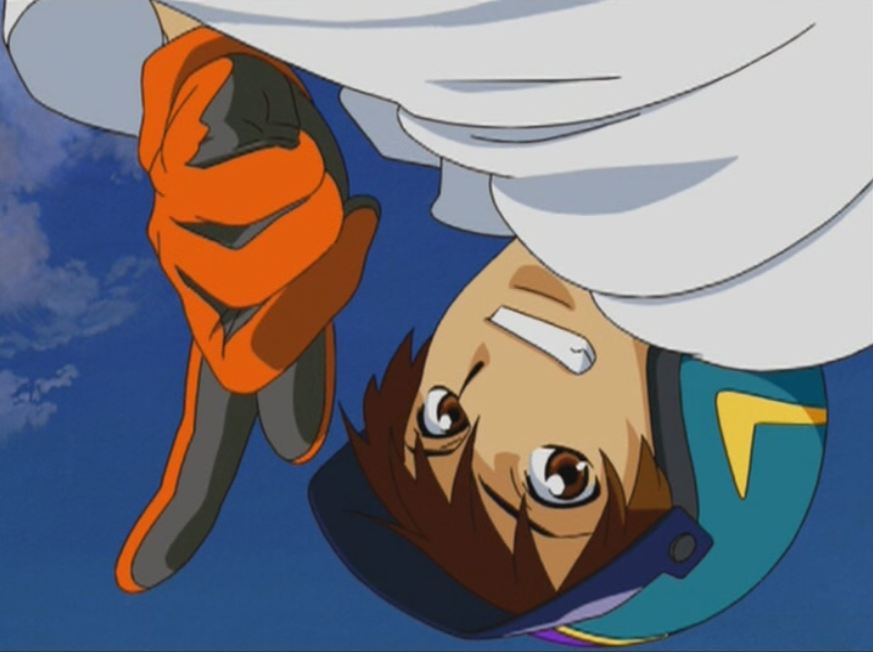 Joining the franchise in style

Story
10 years after their fight against nigh unstoppable force of Unicron, both Autobot and Decepticon alike have united for a single purpose: Energon. As the source of all Cybertronian life, and the possible solution to Earth’s energy crisis, this valuable powersource has become the linchpin of a new society of peace and discovery. Meanwhile, in the recesses of space, a new foe emerges. Operating from within the husk of the once terrifying planet eater, Alpha-Q unleashes the Terrorcons to destroy all who oppose their goal to revive Unicron. No longer intent on discovering Minicons, both sides clash over the sparse energon deposits spread across the universe.

As the series progresses, the complex relationship between Autobot and Decepticon is also explored to some degree. Though a truce has been initiated, the Transformers still bear painful memories from their aeons long conflict. Decepticons are still treated as villains by a majority of the Autobots, an attitute which only serves to harbour resentment from Megatron’s former lackeys. This hostile environment also serves to create feelings of doubt and confusion in certain characters, namely Demolisher. Though formerly allied with Megatron, his appreciation of the life the Autobot’s have given him leads him to question his place in the world. It’s actually rather interesting to witness a grey area within the generally black and white world of Transformers. However, all good things must come to an end and the series eventually reverts back to the classic Transformer vs Transformer structure we’re all familiar with.

Set a whole decade into the future, Energon is able to showcase just how the human cast has changed since Armada. Rad, Carlos and Alexis now bear more reserved roles, stepping off the front lines and instead opting to utilise their knowledge for the greater good. It is because of this that they appear only fleetingly throughout the series, generally at the more crucial story moments. This also provides an opportunity for the spotlight to shine on a few new characters, mainly Kicker. As the new human protagonist, Kicker is granted a few abilities that cement his place as an ally to the Transformers. Able to sense energon across great distances, he often serves as an unwitting lookout and serves to warn the Transformers about impending attacks. As the series progress, Kicker slowly develops into one of the most competent human characters to appear in a Transformers series. A fair deal of his somewhat traumatic past is also revealed, something which serves to present him as a more complete character, especially when compared to some of the rather “flat” Transformers. 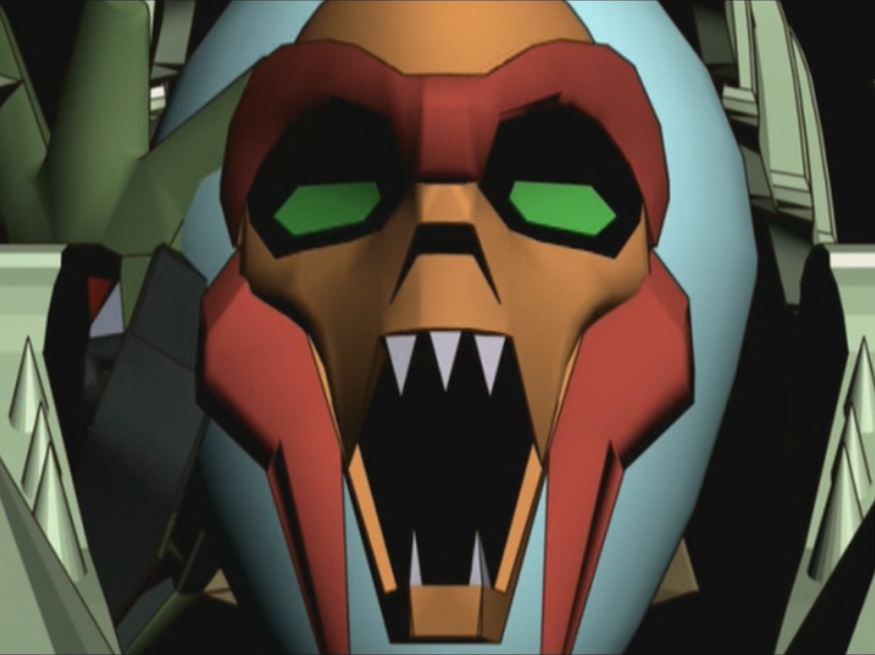 Behold the faces of evil

Visuals
Yeah, so CG animation doesn’t exactly stand the test of time. Diverging from Armada’s all animation style, each and every Transformer in Energon is rendered via computer animation. Whilst this serves as a great visual tool to differentiate the Cybertronians even further from their human compatriots, it also serves to put a major limit on the action. With the limitations of CG at the time the series was made, characters move rather sluggishly. When in motion, CG characters also appear to slide over the animated backgrounds as they run, as if they lack any form of traction. The overall design of each Transformer is also incredibly boxy, with a series of hard edges, a fact which doesn’t help the CG appear any more fluid. These strong edges also contribute to each Transformer appearing just a little too “busy”  and confusing from a visual perspective. That being said, the use of cel-shading does help mete the outdated CG to a degree, albeit a small one.

In contrast to the Transformers, human characters are presented in standard 2D animation. This is best showcased when Kicker decides to interfere in the action. Though generally overshadowed by the sheer amount of CG, the standard animation is exponentially more fluid and natural. This helps limit Kicker’s more annoying personality traits and cement his place on the team, if only to distract from the CG graphics. The visual representation of his 6th sense is also a nice touch and is used sparingly enough that it remains interesting. 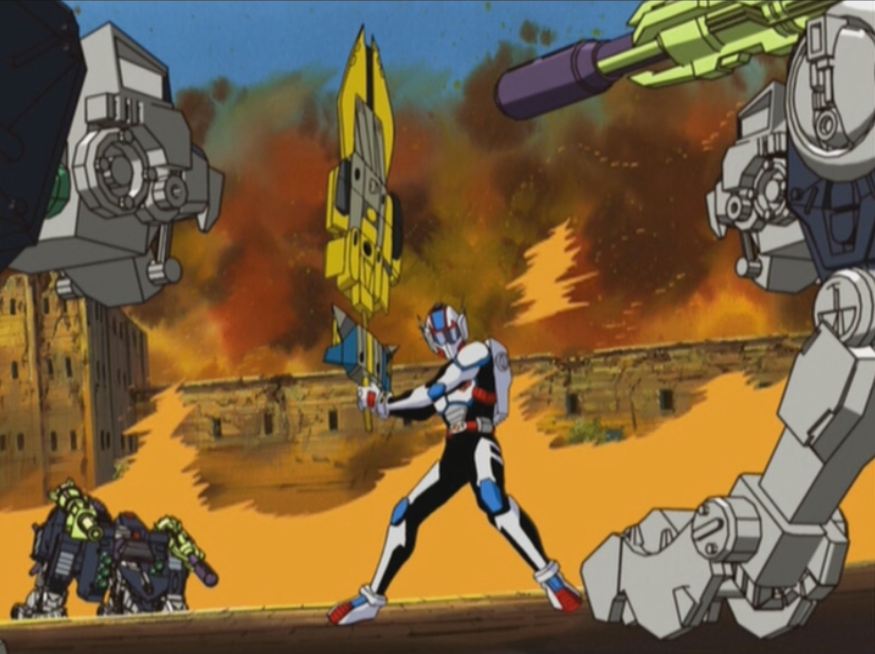 Audio
Overall, Energon possess a pretty good English dub. Each Transformer has their own unique voice, full of emotion that belies their cold, emotionless appearances. This fact greatly benefits the visual segment of the series, adding a level of interest to the Transformers that is not completely attained with CG alone.

The musical score is also does a good job in supporting the series and possesses a surprisingly wide range. Instruments such as violins and trumpets play a rather pivotal role in creating atmospheres of excitement and drama, of which there is no shortage. Of course, the most climactic moments are reserved for the theme song, calling upon the rich heritage of the Transformers universe to add a certain element of awesome into this particular incarnation.

Extras
For the sake of learning, Energon contains a small selection of Transformers specific supplemental material. Character profiles provide a little extra reading that reveal some of the finer details of your favourite Autobots. Also included are two galleries, one which showcases the various toys spawned from the Energon series and another that lines up a few of the covers from the Transformers comic line. Your standard trailers are also thrown in for good measure. 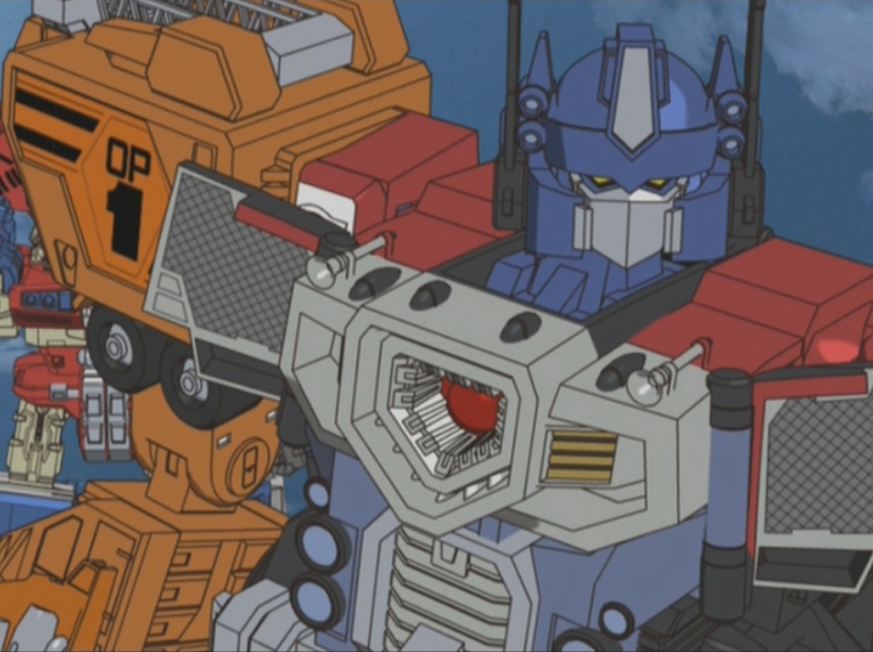 Not your average Prime

Overall
Transformers Energon serves as an interesting sequel to the storyline started in Armada. The 10 year time skip provided a certain sense of freedom, that allowed enough of a plot divergence to keep the continuity interesting, whilst still being connected to its beginnings. The addition of a capable human character also served to give humanity a rightful place on the frontlines. That being said, humanity is still greatly outclassed by the Transformers and their constantly evolving repertoire of abilities. The series is based on them after all. Whilst the outdated CG might limit the visual impact to a pretty noticeable degree, Energon is by no means a bad series. With a good dub to support it, the characters exhibit more personality than in their previous Armada forms. A definite improvement. All in all, Energon is an interesting look at the kind-of-aftermath to one of the greatest conflicts to hit the galaxy. For now…