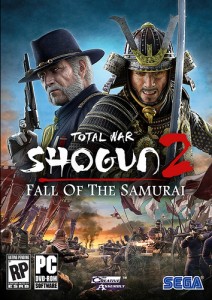 Overview
Total War in itself has become a widely popular strategy franchise that envelops historic battlegrounds and the stories that have been ingrained there. However, the most intriguing sense of these titles is that players can forge their own futures by conquering or allying with groups of their choosing. Rewriting history the way the player deems fitting offers loaded choices that many leaders have faced before. Is total war the answer? Let’s take a trip down dictator alley to find out.

Story
Land of the Rising Sun has kept its gates shut from the outer world long enough. The year is 1865, and foreigners appear at Japan’s borders discussing trade and military expertise. Modernizing seems essential to the Emperor, but many clans view this as an imposing threat to their heritage and beliefs. While the Emperor is instilling techniques and weaponry gained from the West, the Shogun followers are less than happy to oblige. 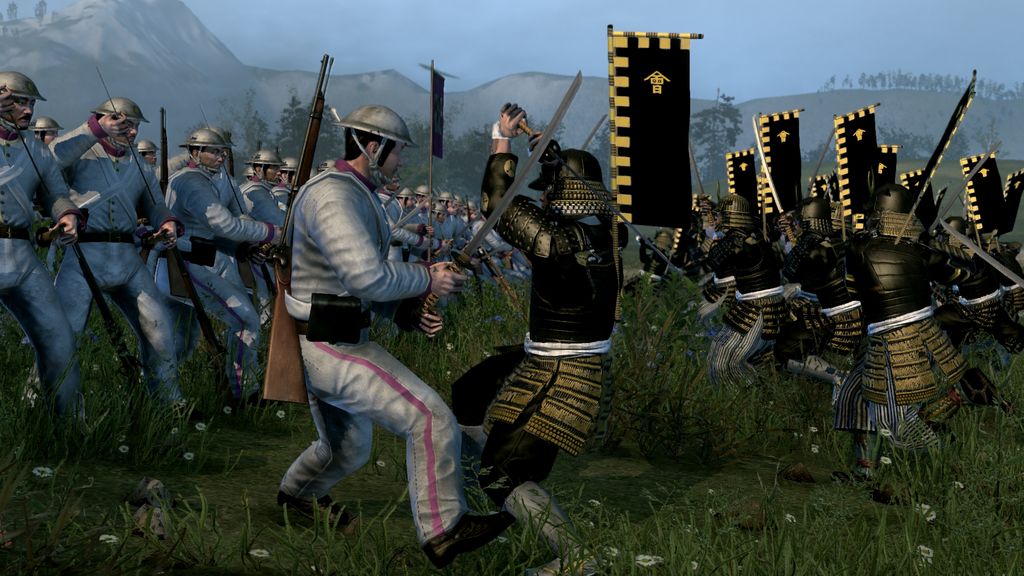 A civil war is brewing, and the Westerners know it. As the voice of the Emperor shifts to modernization, will the Shogunate assemble to defend their ancient beliefs? There will come a time to draw the line between pride and honor – will you cross it?

Gameplay
One of the very first choices that a player will have to make is deciding between the Shogunate or Imperial armies. While this determines your starting point and allowable combat units, the differences can be seen in the bonuses that each clan carry. While some Shoguns are exceptional at guerrilla warfare, other Imperials can prove devastating at sea. Faced by the advantages and discontent of modernization, it is ultimately the players choice in clan development.

No matter the campaign difficulty you choose, opposing factions and even uprising rebels will stop at nothing to delay your progress. There are a few ways to deter such incidences: gather strong alliances, monitor taxation, uphold honor in invasions. Acquiring alliances for trade is important, but gaining strong allies in war speaks volumes. Requesting a “Join War” will allow you to walk across allied land to attack a warring faction. However, this alliance could be limited on a number of turns or as strong as indefinite military access. Such allegiances should be sought after to promote prosperity through the rest of your towns. 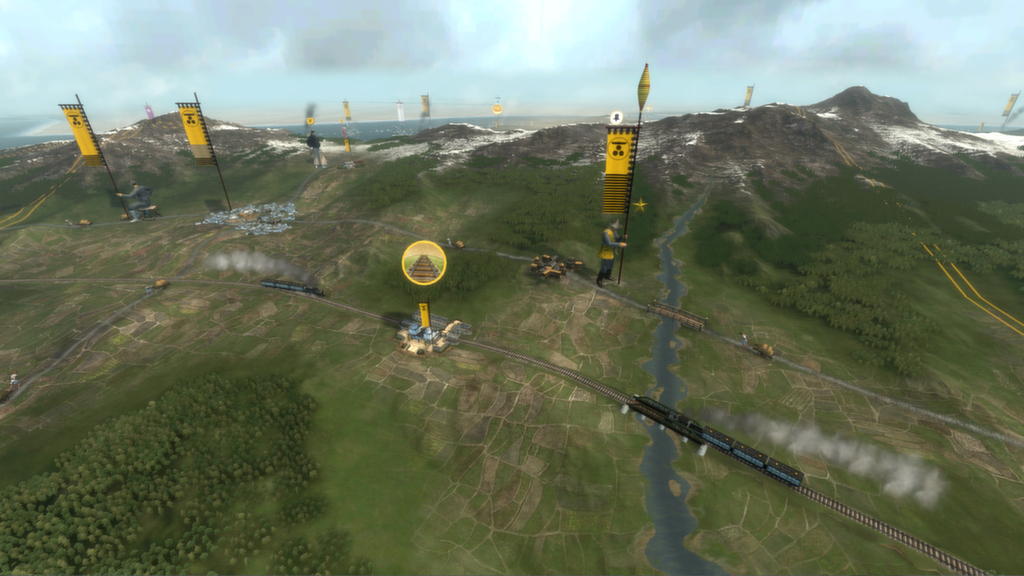 As the seasons begin to change, taxation will weigh heavily on your controlled townships. Proper attention is necessary in order to maintain positive income, but a rebellion can be unavoidable at times. As a revolt is mounting, you can administer several techniques to lower resistance such as disbanding armies, promoting inner town growth, and expanding trade. However, lowering taxes might not be necessary if you are a fan of brute force. Cutting down rebels with your own army will relieve some tension without having to worry about taxes.

Longevity is Fall of the Samurai’s lasting quality. Even though there is a choice between automated and user controlled battles, armies can be manipulated by a player in ways automation does not consider. Players add in an option of unpredictability that can result in an underdog victory or even an overwhelming defeat. By playing out each battle, a campaign can last an extensive amount of time. To add even further longevity, I found myself reloading from previous saves to replay close battles. I cannot be the only one that hates admitting defeat.

Connecting with a single character becomes hard in strategy games because they usually die quickly as more soldiers replace the fodder. Yet developing an army’s general in this installment shows involvement and progression as you can allocate specific traits and add bonuses to combat. Sending your commander into gunfire is reckless and will cause fellow units to retreat upon his death. Losing such as valuable member can cripple the greatest clans, so protecting this asset immerses you into the general’s character with an outside consciousness.

Updates in weaponry become increasingly noticeable as time progresses. Starting with basic Spear Levy troops that are mostly effective against cavalry, you can acquire naval fleets with torpedoes and ground troops with Gatling guns. Modernization has drastically changed the way of war in Japan, and battling such troops with bow and katana becomes fruitless. Even land battles are no longer safe from the clutches of naval gunships as explosive shells can be cast upon the ground with a short delay of impact. 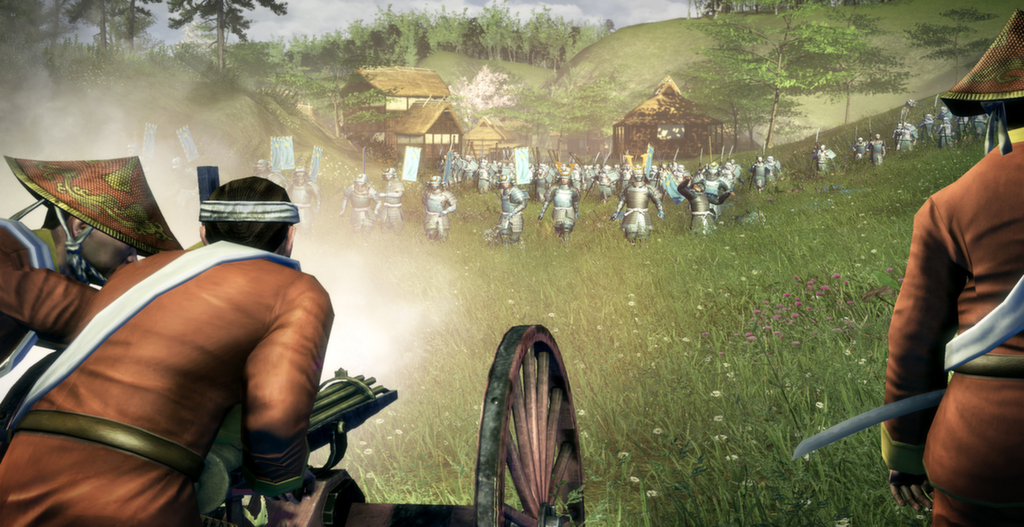 A personal favorite addition to Fall of the Samurai that must be mentioned is the ability to drop into third person mode on selected units. Whether you are actually controlling a torpedo from your naval ship or behind the turret of the Gatling gun, the experience changes the intensity of combat as you fully take control. There are two emotions that I feel conjointly during this experience: gleeful exhilaration and empathy. Enemies running right through your gunfire is a heated mix with both emotions that leaves you an excited mess. Moments of “The Last Samurai” flash through my mind as the Shoguns charge willingly forward – ready to die.

Beyond the normal campaign, players can enjoy two types of multiplayer which are Avatar Conquest and Multiplayer Campaign. Creation of a personal avatar takes customization further providing bonuses and traits by player preferences. With limited spending power you are able to choose units to your liking to battle against your upcoming foe. Avatar Conquest works more like a play as you go focusing more on battles than building up a community. Opposing the one-and-done philosophy, this version of the campaign provides the same experience as the normal campaign but with players – not CPUs – in control of other clan territories.

Visual/Audio
The soundtrack associated with this standalone edition represents a strong distinction in traditional Japanese folk music. Listeners can identify the Japanese flute (Shakuhachi) and stringed instrument (Koto) that were often used to express traditional values of Japanese life. Having these instruments involved in the creation of the game shows that the developers took the time to understand the culture of Japan’s past. 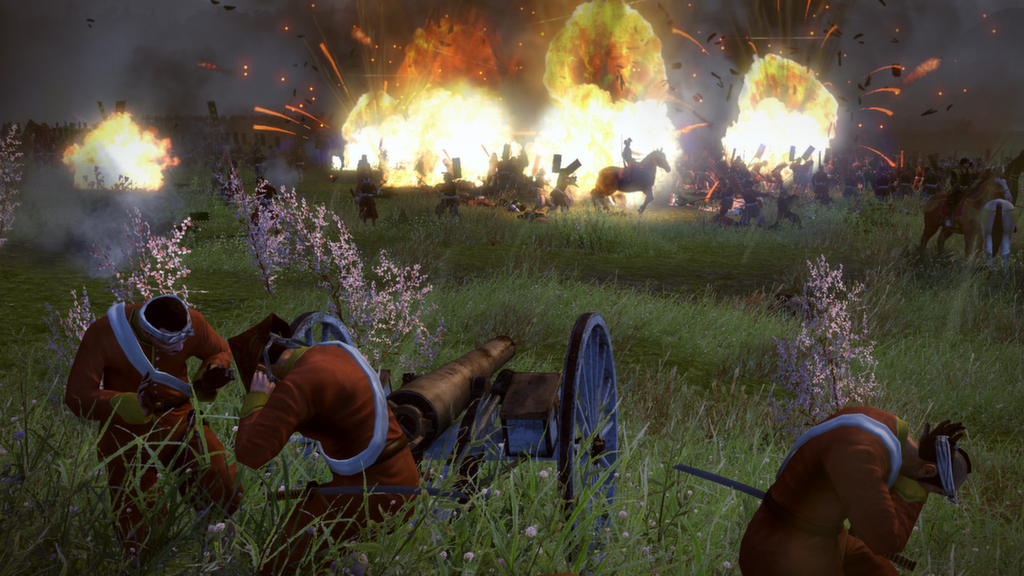 Visual effects can be noticed quite regularly and are quite pleasant to watch. Upon zooming into the devastation of a battlefield, you can discover the outstanding visuals that the destruction has to offer. As cannonballs reach their mark, gulfs of flame will overcome those nearby and send them flying from the targeted center. Brilliant lights make for a glorious death.

Overall
What does a strategy genre set out to accomplish? Is it to engage an audience at multiple intervals or provide ongoing challenges? Fall of the Samurai meets these expectations by delivering several difficulties and presenting many obstacles during the campaign that will frustrate and challenge the player. A necessary frustration required to internalize strategies that build on a player’s commanding prowess and luck.

In addition, the offered visuals impose a sense of harsh reality as the repetition of gunfire and explosions have drastic effects on your army. Whether it be a cannon or Gatling gun, you will enjoy the slaughter or be horrified by the onslaught of your clan.

To those who that think they would need to purchase the original Total War: Shogun 2, do not fret. Fall of the Samurai can be played as a stand-alone version not requiring the original to play. If you are looking for a strategy game with a historical background, look no further.