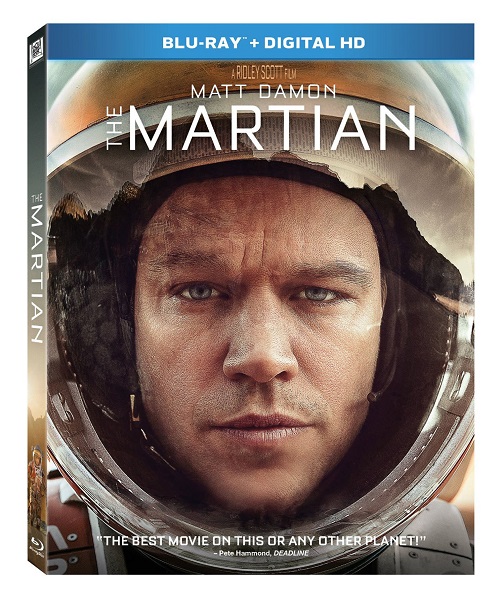 Hard science fiction is something of a niche genre when it comes to cinema viewing. For whatever reason, filmmakers and studios don’t appear to be interested or comfortable with working in the realm of scientific possibility without resorting to some manner of fantastical elements. Last year two new entries into this niche came out, much to my delight. One of these entries was The Martian, directed by Ridley Scott, which came out and blew audiences away as a resounding critical and popular success. Unfortunately, I missed the theatrical release of the film proper but have gotten a chance to review its DVD release.

Does it hold up on the transition to the small screen? Probably, but you should read on to check. 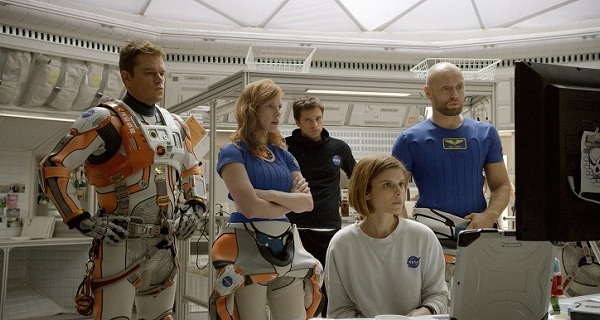 The story opens with up on Mars with a focus on the astronaut team of Ares III. Part way through their mission to conduct experiments on the Martian surface, mission control reports that a strong storm is headed their way. The commander makes the decision to evacuate the team and scrub the mission. On the way to the rocket which would take them back to their spaceship in orbit, one of the astronauts gets impaled by debris and blown away in the storm. Assuming that their comrade is dead, the rest of the team escape and mourn over their loss.

Unbeknownst to them; the forsaken astronaut, Mark Watney, turns out to be very much alive and stranded on the red planet. After tending to his wounds and getting his bearings, it dawns on him that unless drastic action is taken, he will not survive to be rescued. He immediately goes about (in his words) “science-ing the shit out of this” to overcome his limited supplies, shelter, and energy.

Back at mission control, NASA soon find out about Watney’s miraculous survival and his dire situation. After Watney is able to jerry-rig a method of communication with ground control, it is up to him and his colleagues back on Earth to try and work out a way to rescue him. Along with Scott’s direction, this sets up a story which is equal parts hilarious comedy, tense drama, and nail-biting action as man attempts to overcome elements not of Earth. The story is awesome and thanks to the pedantry of the original author and various scientific advisors; is largely scientifically accurate in its depictions of space exploration. 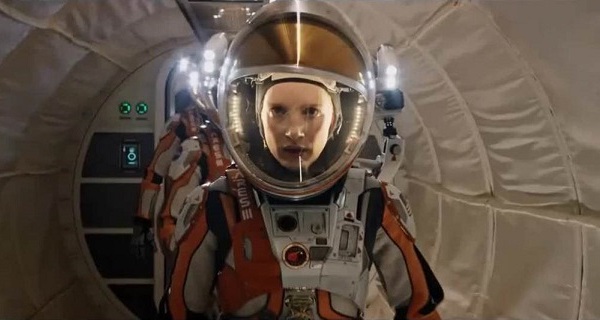 Although the directors themselves argue over what the best approach to rescuing him is, the central antagonist in the film is not a person but rather the harsh and inhospitable environments of Mars and space. It’s refreshing that the film doesn’t feel the need to personify or elevate the complications faced by the protagonists by giving the audience a villain to hate. Instead, the conflict which does arise between the directors is reasonable and logical in how they all approach the problem of getting Watney home and how they’re willing to gamble in each of their attempts. Jeff Daniels as NASA administrator, Teddy Sanders, was a particularly good casting and he brings the necessary gravitas and caution to the character.

The entire supporting cast work together to pull out some amazing performances. Chiwetel Ejiofor does an especially good turn as Vincent Kapoor, one of the NASA directors, alongside Sean Bean’s performance as Mitch Henderson. These two work well opposite Daniels’ Teddy Sanders and help us to see the points of conflict between the various NASA decision-makers without villainising anyone.

The stand out performance in this film, however, is no doubt Matt Damon as Mark Watney. Watney’s character is conveyed to the audience largely through the video logs he makes and serves as a narrator to frame the action we see. Damon brings out a plethora of emotional states throughout the film as his character goes from highs and lows with each success and failure. With all of this, he gives the character a warmth and wit that is difficult to find in many other performances. It is almost impossible to not like a character who is so warm, vulnerable, nerdy, and funny. 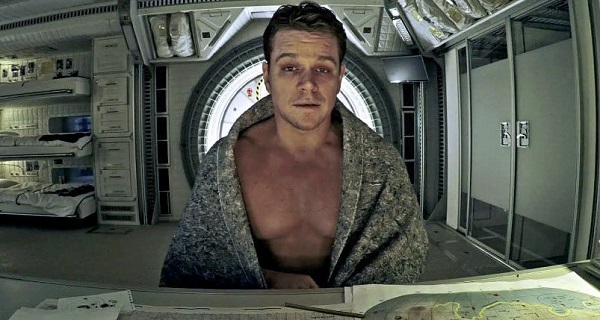 Scott’s rendition of the Martian landscape is absolutely breathtaking. The cinematography depicts an arid and desolate expanse of lifeless desert. The shots filmed on Mars are suitably saturated with a red tint to give us the sense of an alien landscape.

The shots in zero-gravity are similarly breathtaking but with an added sense of tension for most of them as the astronauts work to conduct zero-G docking manoeuvres. The effects in these scenes are top notch and beautiful as objects and debris float around in weightlessness. The design of the Ares spacecraft is also pleasant and I feel draws upon elements from sci-fi predecessors like 2001: Space Odyssey. 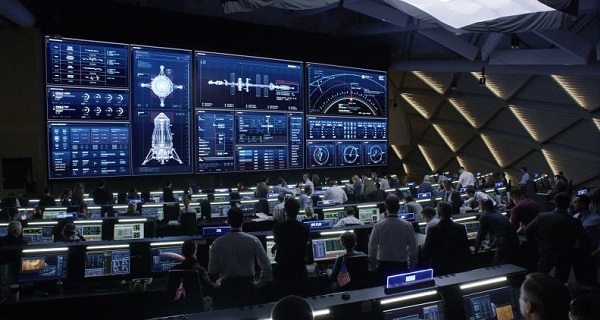 The film’s soundtrack works on so many levels. There are your standard orchestral scores working to match the film’s beats as they unfold and it does a good job. Where sound design shines is with the use of diegetic pop songs. As a running joke throughout the film, Watney is stranded on Mars with nothing but 80s and disco music to keep him company. So through several instances, and largely as an ironic joke, we have songs like Starman and Waterloo playing to accompany our main protagonist on his quest for survival. 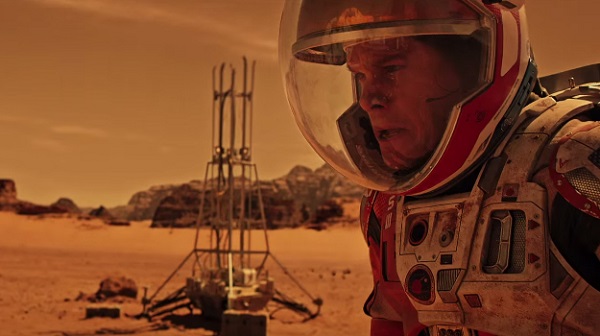 To be honest, I feel like the extras on the DVD aren’t really all that impressive. Besides a blooper reel, most of the extra content included was limited to some of the marketing devices created for the film before its release. It’s pretty cool that all of these are in-universe advertisements or documentary footage concerning and starring the protagonists, but I feel that it would have been cool if they had been able to get some audio commentary from the writer or an astronaut. I feel that this is a small gripe considering the quality of the film is well worth the DVD price, but it’s a missed opportunity in my opinion. 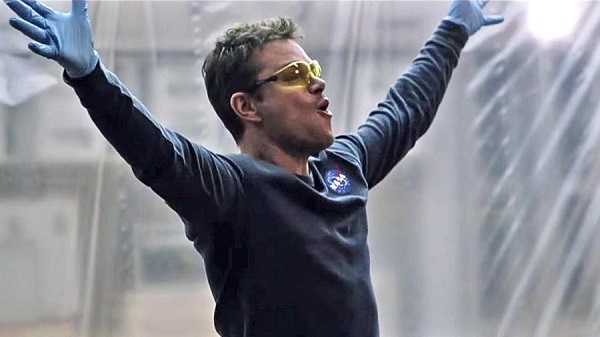 This film is pretty bloody awesome. The story is both tense and inspiring with great performances from Damon and the supporting cast. The visuals are of a similarly high quality with a beautiful Martian landscape and zero-G shots. The audio design is its star by all rights and more than deserves its own kudos. The DVD extras were a little underwhelming but didn’t undo my immense enjoyment of the film proper. This is hard sci-fi at its best and is definitely worth a place in your collection as the classic it will no doubt be. Use it to indoctrinate your kids, parents, or other/s with a healthy love for science.