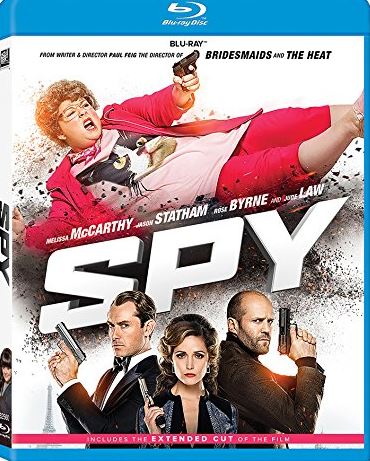 The comedy and action hit that gives a new meaning to the word ‘Spy’, is now available to watch on Blu-Ray, DVD and Digital HD. Director Paul Feig (The Heat and Bridesmaids), brings back fan-favourite Melissa McCarthy as the lead role in Spy, with an exceptional line-up of supporting actors; Jason Statham, Rose Byrne and Jude Law. The 2-hour movie promises nothing but outrageous entertainment, as Feig wanted to deliver something that is both ridiculous and amazing. So what makes this espionage film different from the likes of Bond or Mission Impossible? Did the director go overboard with the genre mash-up, or find a medium to appeal to action and comedy fans? Read on to decide for yourself. 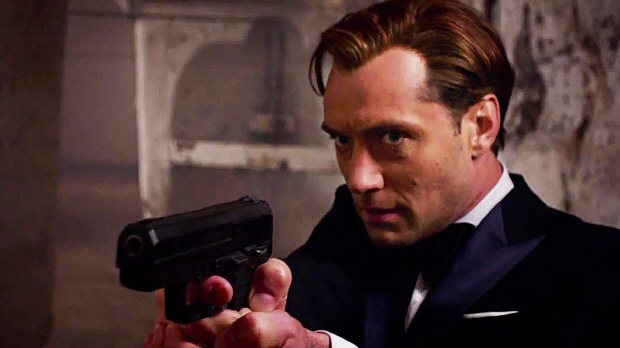 Susan Cooper (Melissa McCarthy) is introduced as the desk-bound CIA Analyst, an insignificant resource located in the vermin-infested basement of the agency. For the past decade, Cooper has put aside her potential in the field to better support her partner, Bradley Fine (Jude Law). The noticeable difference between the two agents is their self-image and working attitude. Fine is the self-absorbed spy, whose superiority and charm cannot be matched, and does not care who he steps on to be the finest agent of them all. On the other hand, Cooper is the reserved genius behind the Agent Fine’s successful missions, who has allowed her feelings for him to affect her professional relationship and undermine her ability as a CIA agent.

In the opening sequence, Fine is on a mission to track down the whereabouts of a nuclear bomb, with the help of his trusting partner via earpiece. When confronted by Tihomir Boyanov, the agent discovers that he is the only person who knows the location of the nuke. Before he can appropriately react, Fine blows up his only opportunity to question the man, after sneezing and simultaneously shooting him. Due to the mishap, Agent Fine is forced to go deeper undercover to seek information about the device. Against the advice of Agent Cooper, Fine infiltrates the premises of Boyanov’s daughter, Rayna (Rose Byrne) in the hope she will lead him to the nuke. Instead, the arms dealer leads him into a deadly trap, eliminating Cooper’s partner and admitting that she knows the names of the other ones and can have them killed if she is not left alone. 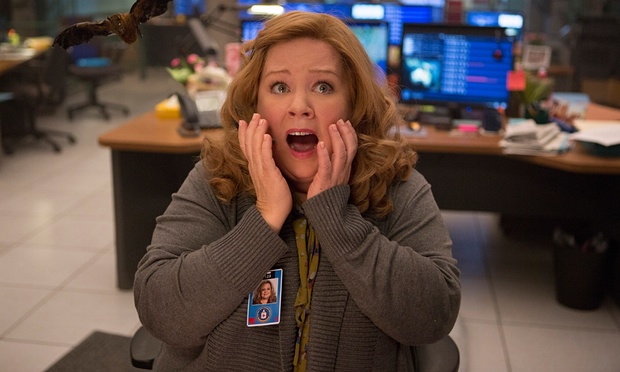 Following the untimely death of her partner and favourite agent, Cooper finds solace from her colleague, Nancy B. Artingstall. The pair find comfort in sharing their negative life reinforcements from early childhood over drinks, and imagining how different their lives would be as field agents in the spy world. At this point in the film, the audience become more invested in the protagonist – who does not want to play it safe anymore and is adamant on hunting down Rayna. Agent Cooper uses the video recording of Fines last mission, to dig for clues she may have missed in her first viewing, and finds a number that leads the CIA to Sergio De Luca (Bobby Cannavale), who works as an intermediary with terrorist groups. Due to the nature of the assignment and importance of avoiding detection, no trained agent can go in the field. In honor of her partner, Cooper volunteers herself to be the one to track and report De Luca, as a means of finding Rayna and securing the nuclear weapon.

All out of options, the boss Elaine Crocker (Allison Janney), reluctantly agrees to the analyst-turned spy arrangement for Cooper, but in the process makes an enemy of her own, Rick Ford (Jason Statham). The egotistical agent refuses to accept that an untrained agent can do a better job than him, so he quits the CIA and goes rogue. Ford’s unnecessary involvement compromises Cooper’s undercover assignment, forcing her to take on more than one new identity (even if it’s improvised). What starts out as a simple mission transforms quickly into a chaotic fire blazing and motor racing killing field, where the stakes of survival and preventing nuclear disaster rely solely in the hands of the CIA Analyst.

Does Agent Cooper have what it takes to avenge the man, who never gave her a chance in the field? 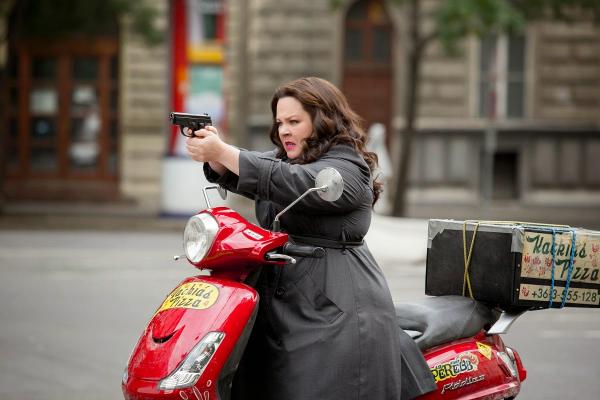 Cinematographer, Robert D. Yeoman does a fantastic job in establishing the mysterious and alluring atmosphere in Spy, with a visually stunning palette of locations (Rome, Paris and Budapest) featured in the film. The creative action sequences, particularly involving Jude Law and Melissa McCarthy were very well put together, and the stunts were equally believable, as they were enticing. The great costumes and make-overs are fantastic in Spy, especially Agent Cooper’s cover identity of Penny Morgan – a cat fanatic vacationing in Italy, and wearing a customised cat t-shirt. Composer, Theodore Shapiro brings an ominous vibe to his original score for Spy, which is very different to the upbeat and fast-paced soundtracks in the film. Surprisingly, Curtis ‘50 Cent‘ Jackson made an appearance in Spy, as did his song, ‘Twisted’ (feat. Mr. Probz).

With the Blu-ray version of Spy, viewers can take a look inside the making of the film and the directors’ insight into the creative collaboration process. Feig describes his experience on set and involvement with the cast members – vice versa, noting that Spy is more of a serious movie with situational comedy. In addition, viewers can sit back and enjoy multiple gag reels from the movie, behind each of the stunt fighting scenes and why Jason Statham was the best pick for rival spy, Rick Ford. Other extras that come with Blu-ray include: Speaking is an art form and Super villains of the animal world. 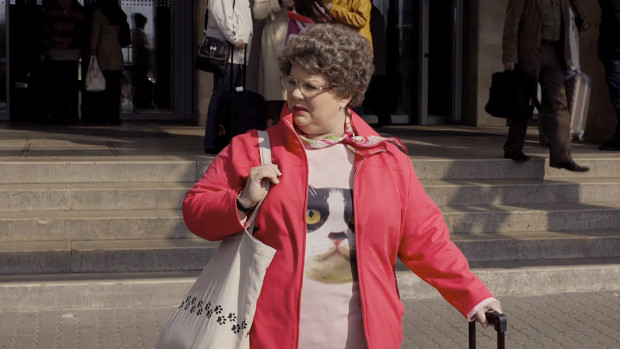 As a whole, Spy is an entertaining film that challenges the boundaries of mixing genres on screen, and does so with style. The comedy and action hit is the perfect combination of funny, empowering and ridiculously good. What takes the film to the next level is the awesome cast and their ability to work so well in their new roles, particularly Jason Statham and Melissa McCarthy. The hilarious Spy movie is worth watching, and the Blu-ray version has all the juicy content that fans will love.