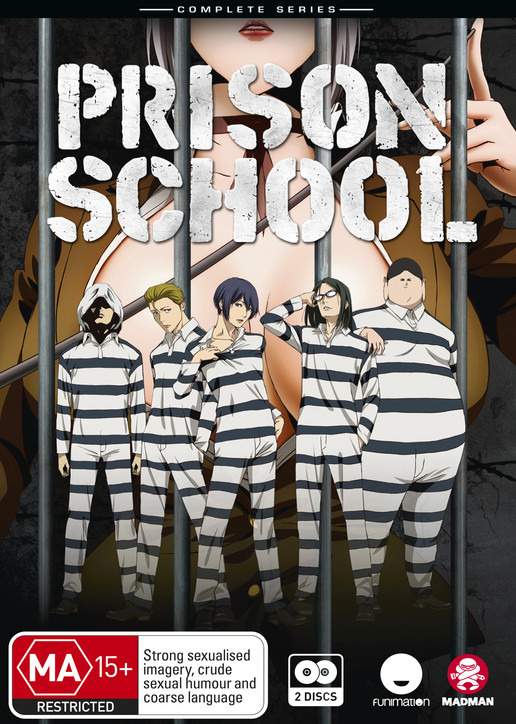 Kiyoshi, Gakuto, Joe, Shingo and Andre are the first and only boys admitted into the now co-educational Hachimitsu Academy. Not before long, the boys decide to peek into the girls’ bathroom. Their plan is foiled by the powerful Underground Student Council and the boys are sentenced to one month in the school’s own prison. They spend that month trying to break out without getting caught and doing whatever they can to avoid being expelled. 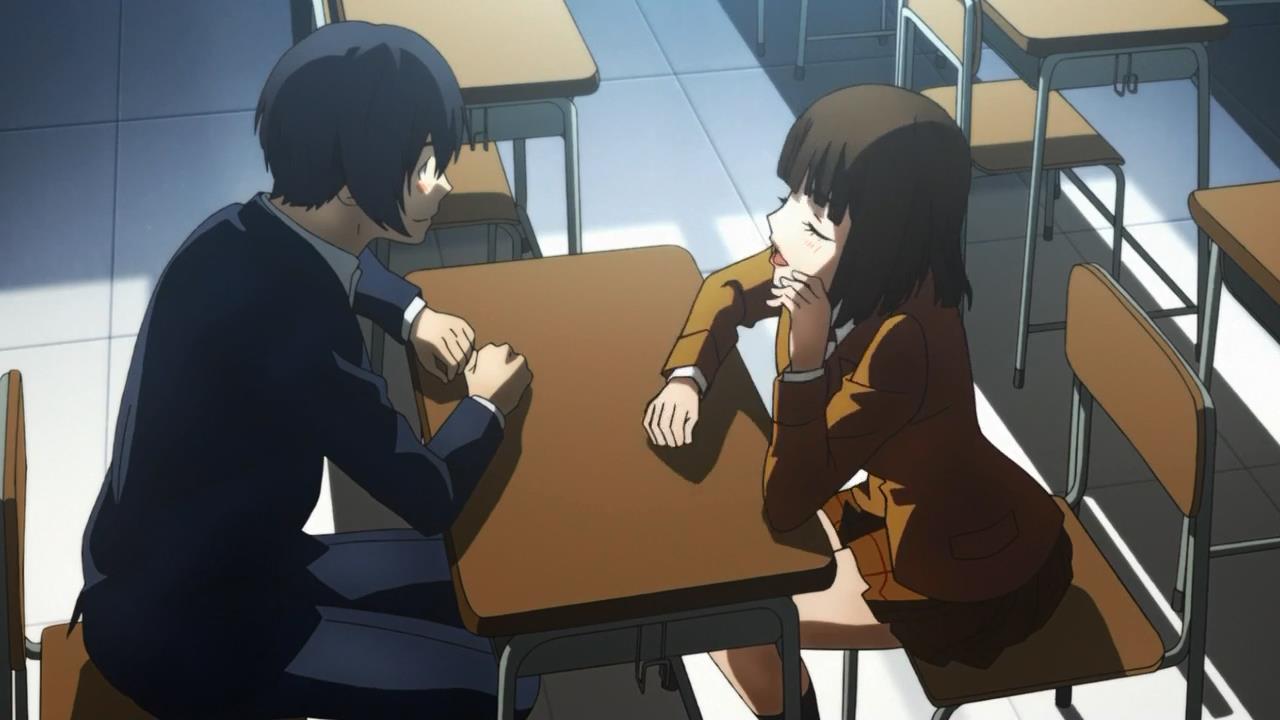 A prestigious all-girls school suddenly becomes co-educational for a completely arbitrary reason that is improperly explained. One or more boys enroll in it and wind up getting into trouble with one or more girls regardless of whether they are truly at fault or not. It is a contrived scenario that has been exploited before in anime and manga, although not as often as might be expected given the proliferation of the harem genre. What is immediately obvious about Prison School, however, is that it is not a standard anime comedy despite the initial premise. It fails to even meet the most basic criteria of the harem genre, except for there being 200 girls to every one boy enrolled at Hachimitsu Academy. Perverted antics ensue for much of this adaptation, with only hints of actual romance being present at all.

Kiyoshi, the main male ‘protagonist’, is not as bad as his friends are. None of them can truly be labelled as protagonists because they clearly have disgusting intentions and are meant to be disliked. It is more the case that the three main antagonists, Mari, Meiko and Hana of the Underground Student Council (USC), are such horribly sadistic characters that they manage to make the five boys’ ‘plight’ more engaging that it has any right to be. Their extreme violence against the boys is treated as slapstick comedy rather than abuses of power. Visual humour is, in fact, one thing that is done well in this series at times. Unfair or not, it can be entertaining seeing the boys take blow after blow and still be able to walk it off, no matter how much physical damage is caused. This entire series is one contrived moment after another, but when it works, it works well, even if there is no true protagonist.

A significant portion of this adaptation focuses on the boys, mainly Kiyoshi and Gakuto, attempting to break out of their prison. Toilet humour is occasionally used throughout the series, and these two boys will stop at nothing to help their escape attempt. Gakuto is willing to void his bowels in a classroom while surrounded by girls as a part of their plan, and Kiyoshi is only able to break out by pretending to use a toilet for three hours. The boys’ plans may be somewhat ingenious when put into action, but truly clever jokes are not to be found here. Despite being simple, the humour is presented at such a fast pace that there is little to be gained by faulting the series for jokes that are in poor taste. Contrarily, the break-out attempts are portrayed in such a life-or-death manner that they can almost be taken seriously. A plan that revolves around arm wrestling sounds stupid, but watching it and other unusual plans unfold in an increasingly bizarre manner is somewhat entertaining. 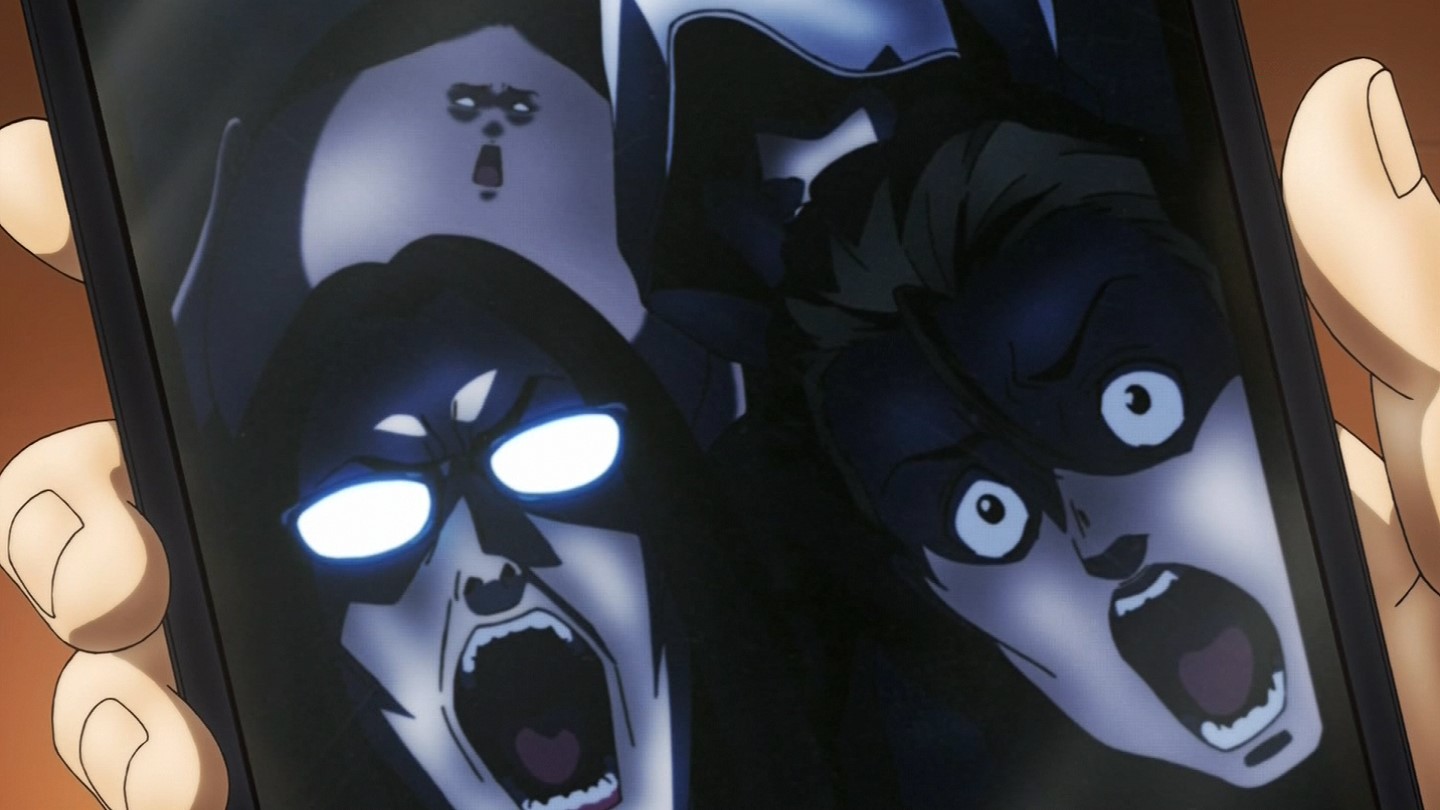 This adaptation, and presumably the original manga as well, begins to spiral out of control when more drama is introduced through the actions of the USC. Meiko is sexually masochistic to an increasingly unpleasant degree, but the most uncomfortable and disturbing elements of this series are those focused on the sexual torture and humiliation and psychological torture of its male and female characters. Hana is violent without remorse, but that does not mean she deserves to suffer humiliation and severe psychological trauma during painfully contrived scenes involving the ‘innocent’ Kiyoshi. When she tries to get back at him for something he didn’t mean to do, her attempts to make things even between them end up blowing up in her face. When she enacts her final revenge against him by stealing his first kiss, he fights back and traumatizes her even more.

Realism is not even remotely present at any point in this series, but the original author and the production team of this adaptation do Hana a serious disservice by failing to acknowledge that she is suffering from increasingly severe mental health issues, and treating her like an object to be repeatedly humiliated just makes things even worse. The antagonists are meant to be disliked, but when it comes to Hana, anyone with a sense of humanity would instead worry about her mental health. The USC gets even worse, too. When one of their own spies, Anzu, is suspected of aiding the enemy, Meiko subjects her to outright sexual torture and then essentially shrugs it off by saying that she might have been innocent all along. Anzu is shown to have been psychologically traumatized by this, but she is depicted after the credits to somehow be completely fine. Prison School is at its best when it focuses on the ridiculous plans that the boys devise, but it often makes logical jumps that simply cannot be accepted and avoids serious truths about mental health and the treatment of women that need to be discussed respectfully. 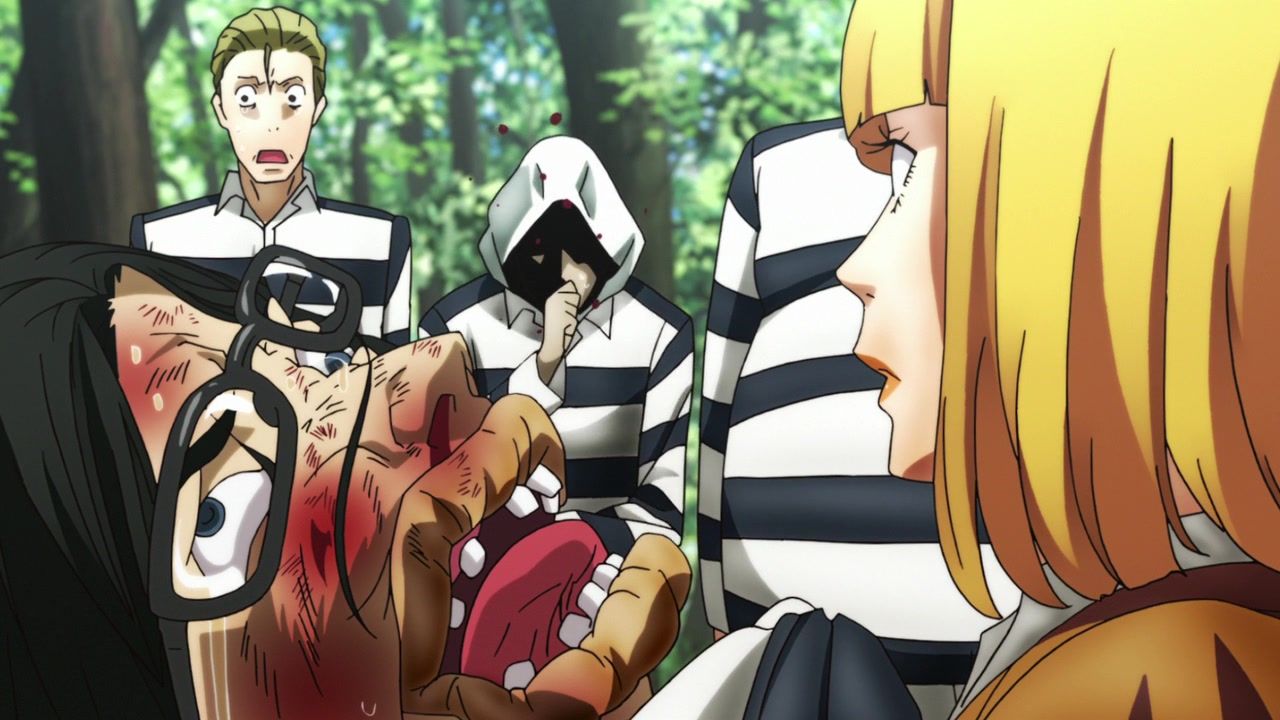 There is now an anime that presents fan-service in a way that is wholly disgusting and repelling for a reason other than the usual problem of female sexualisation and objectification. It is gratuitous and unpleasant to look at, and becomes so bad towards the end that this series deserves to be reclassified as adults only. Copious amounts of blood and gore are shoved in the viewer’s face as well, often for comedic effect, but the visual humour is most effective when it consists only of the contorted faces that the boys make when they are in trouble. Their horrified reactions at various events are hilarious, and go a surprisingly long way in making this series watchable at all. Unfortunately, the sexual humiliation and torture completely undoes all of that and makes the second disc extremely difficult to sit through.

The English dub contains some changes to the script, but not to the point where any meanings are lost. There are swear words sprinkled throughout, but not as many as expected from FUNimation. The usage of them is actually effective, and it even enhances the script at times by increasing the impact of certain lines of dialogue. The voice acting is convincing, although Andre’s voice actor Sonny Strait could have spoken with a more normal-sounding voice. The series is slightly easier to handle as a result of the English dub, so it is recommended to watch this adaptation with the English audio track playing. 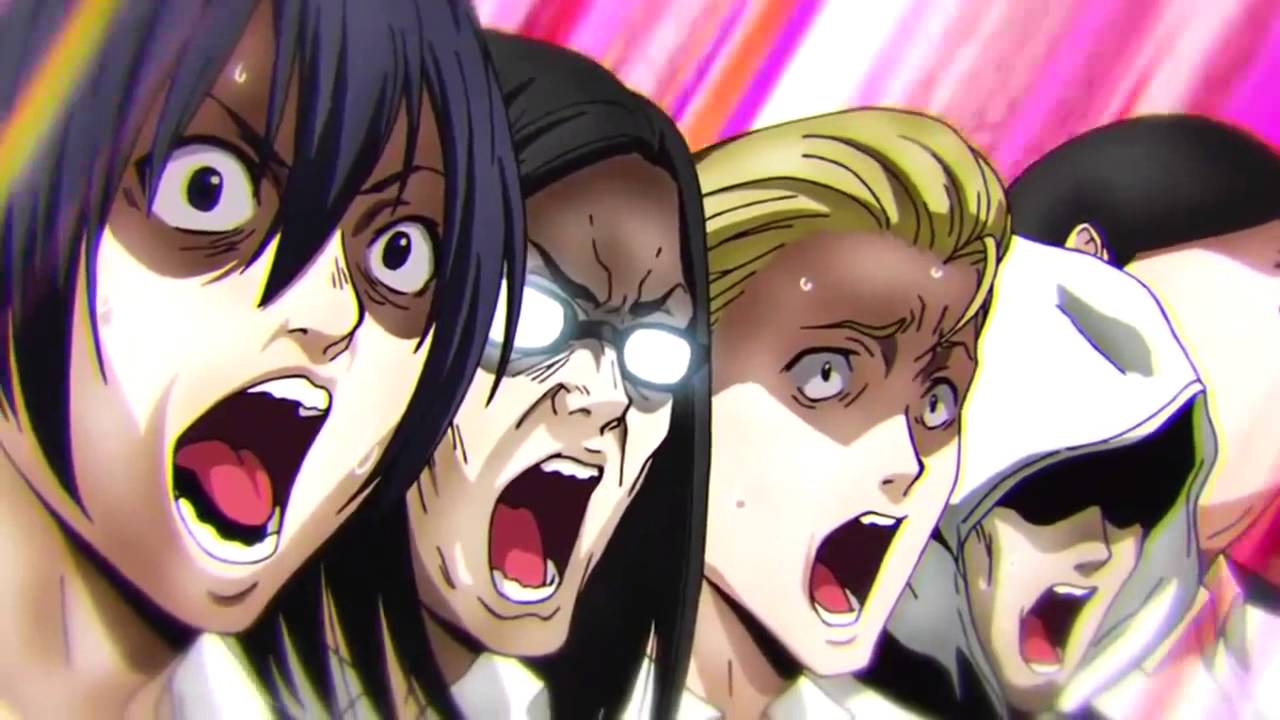 Prison School presents copious amounts of sexualised imagery in a way that is completely grotesque, uncomfortable to look at and often downright disturbing. For that reason, it cannot be recommended even to fans of ecchi anime. Instead, it may be enjoyed only by those who, for whatever reason, want to see just how depraved teenage boys can be in a context where they are outnumbered 200:1 by girls. It is not pleasant. It is not erotic. Yet, some of the plans that the boys come up with are oddly well-thought out despite the perverted intentions behind them. The horribly contorted faces that the boys make when something bad happens are weirdly amusing, and bad things are almost constantly occurring in every episode of this show. The dialogue can be okay, and the English dub makes it a little more accessible to western audiences. Prison School starts out being slightly entertaining, which it has no right to be, but it rapidly spirals into a disturbing exploration of teenage sexuality framed in what is undoubtedly one of the single most unrealistic, misogynistic and utterly depraved ways ever seen in anime.
Capsule Computers review guidelines can be found here.

An occasionally humourous series that quickly implodes by subjecting its characters to psychological and sexual torture and ignoring the aftermath.
3.5