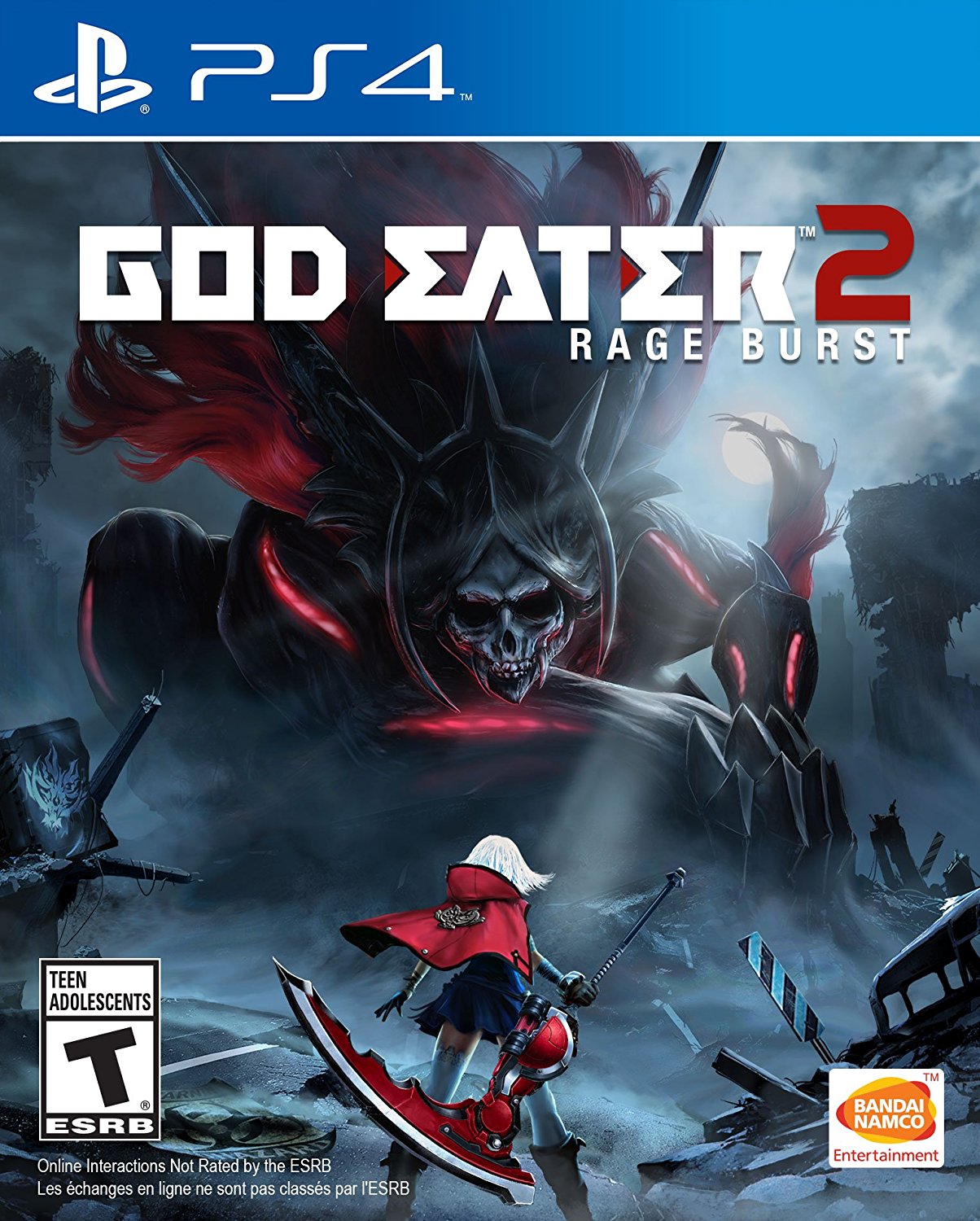 Players begin the game as a fresh recruit to the Blood Faction of the God Eaters. These people are gifted with the special abilities necessary to wield God Arc weapons, the only weaponry that have are capable of slaying the creatures threatening the human race, the Aragami. With the Blood Faction capable of triggering special Blood Art abilities that allow them to unleash extremely powerful attacks, they are essential fighters on the front lines. 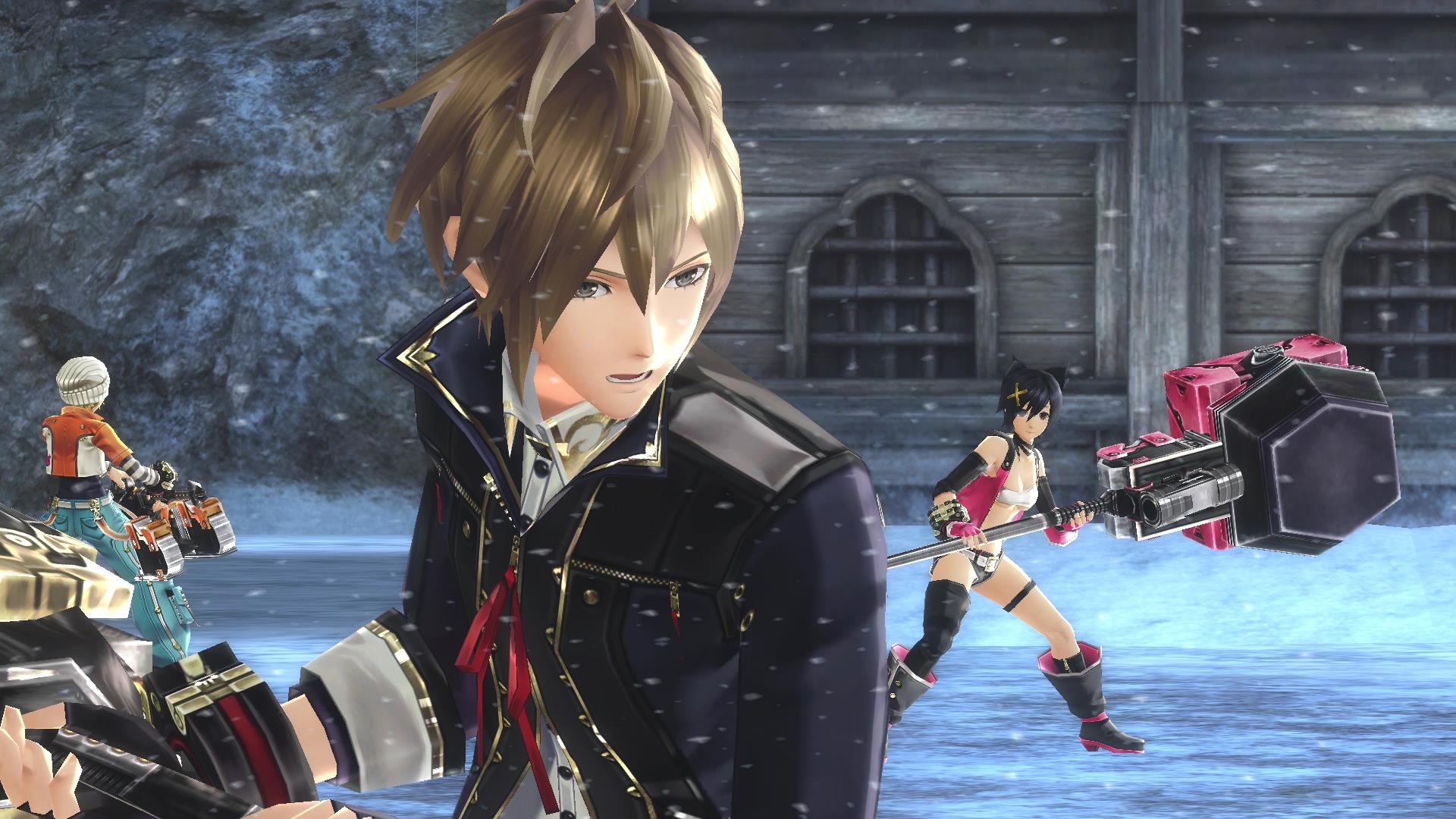 Utilizing a mission-based format to progress the story players will regularly experience little cut-scenes that help flesh out the various side-characters that they will fight alongside, something that is very well done as the cast is quite likable once they are developed, as well as various developments that move the story along. This doesn’t hold up too well in the long run however as the mission format eventually requires quite a bit of progress to be made before any meaningful developments occur, often leaving players hanging dry for hours at a time before the next major event occurs.

God Eater 2: Rage Burst utilizes a mission based structure that allows players to take advantage of the core hub area where they are able to customize their team, change and upgrade weaponry, manage your abilities, and select item loadouts. When you feel prepared to take on a mission you can select one at the “Operator Desk” and head out into a pre-determined area to complete said mission with more than enough time to spare. Generally players can get along just fine with using the AI companions that are provided to them as the ally AI is quite intelligent and capable in combat even against large scale enemies, though there is an option to fight online alongside other players, though attempting to do this might take some time as there are usually very few people online at any given time. 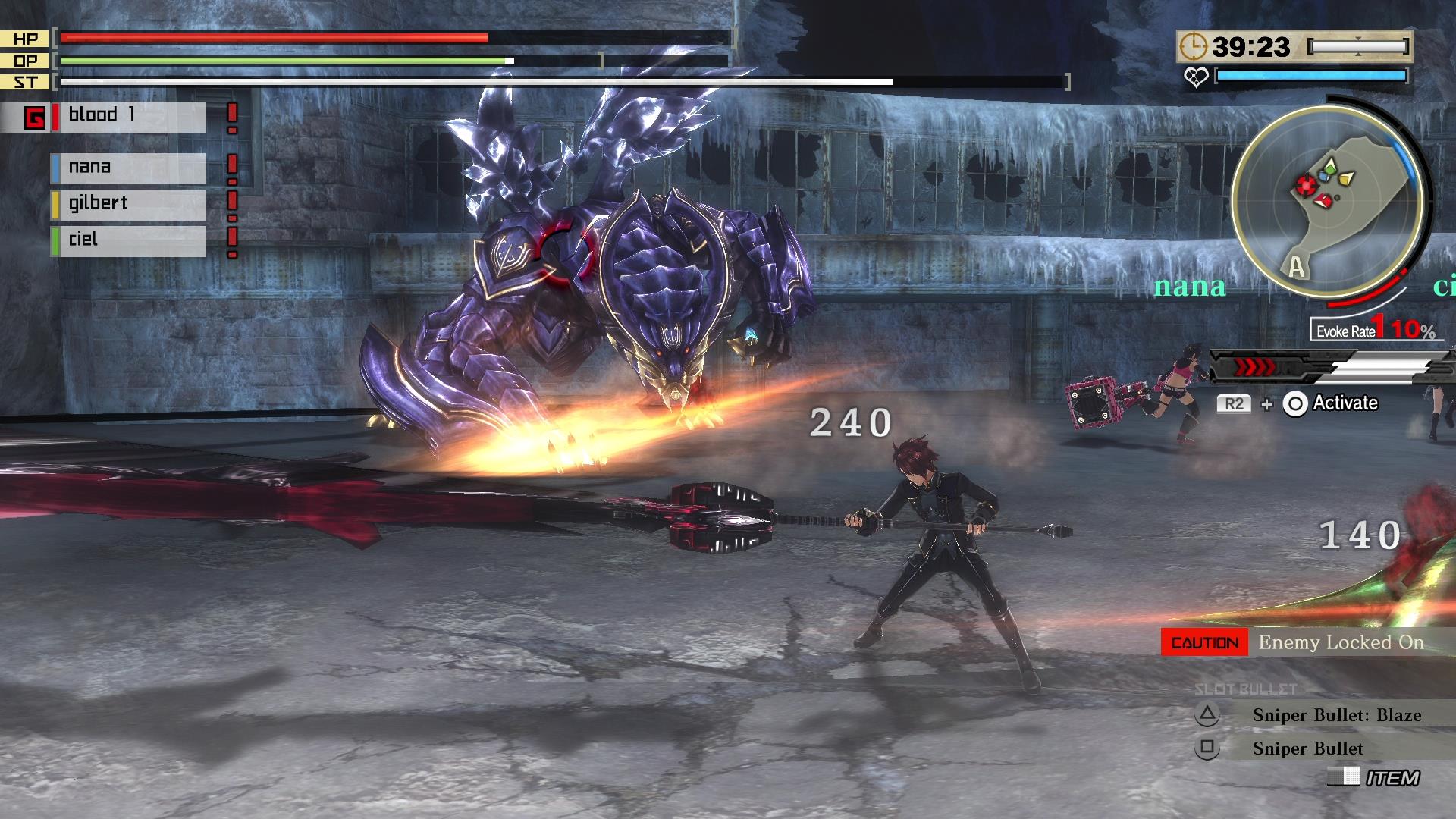 In combat players can utilize various standard mecahnics such as attacking, jumping, guarding, and various skills to take down the Aragami they are facing off against, whether this means using your melee weapon to deal quick heavy damage or utilizing your firearm to deal damage at a distance. The issue with using the gun is that ammo can only be obtained from dealing damage or consuming enemies, meaning that you only have so many shots at a time, though the benefit here is that these shots can be charged with different elemental types to best target an enemy’s weaknesses.

Using the special “devour” ability of your weapon will obtain extra materials from your enemies that can be used to craft new gear as well as upgrade items you’ve previously created. By literally taking a bite out of your enemies players will also be able to tap into a special ability that is unique to this entry. This is called “Blood Rage” and allows for various buffs to be applied to the character and even give them some temporary invulnerability at the cost of draining the meter even faster. 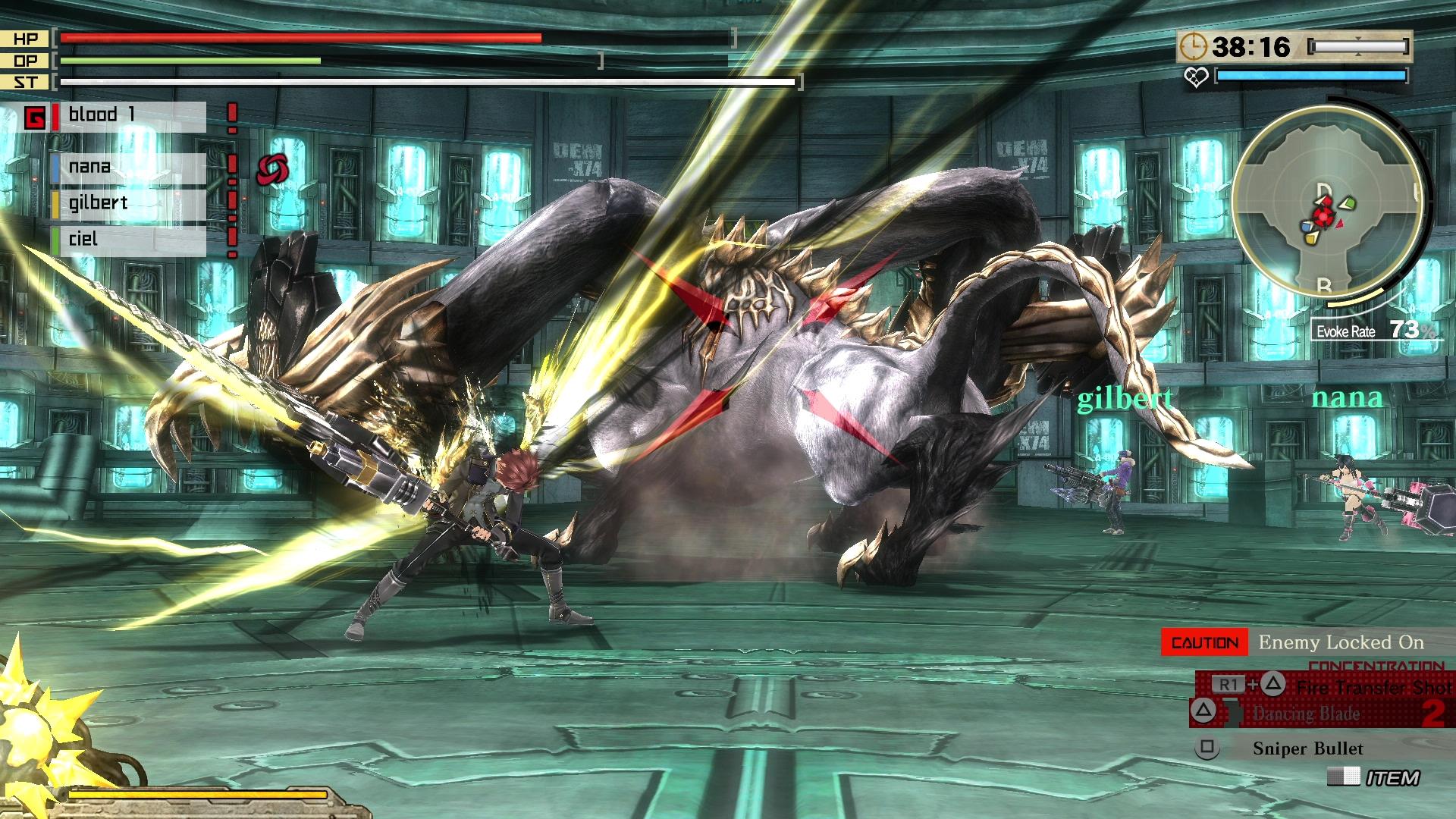 Thanks to the various amount of God Arc type weapons that can be used by the player, the sheer number of missions to tackle, and the amount of customization available players will find that God Eater 2: Rage Burst has a tremendous amount of content to be played through, especially once you begin to tap into character specific missions.  That being said, the game does make it so players will need to learn various aspects themselves rather than frontloading the information, this is good for those who like to test their own playstyles before settling into one but can be quite an obstacle to newcomers who find themselves struggling after glossing over certain mechanics.

It is worth noting that although God Eater 2: Rage Burst has been released for the PlayStation 4 that the original game first arrived as a PSP game that was then given an enhanced version for the Vita and PS4. This means that while plenty of additional content has been added to the game and some graphical improvements have also been made, that the character models are a bit rough around the edges but do have some nice designs and unique enemies to face off against. The real improvement here comes in the form of fluid character animation that allows for some outstanding looking combo attacks against the large foes players will come up against. 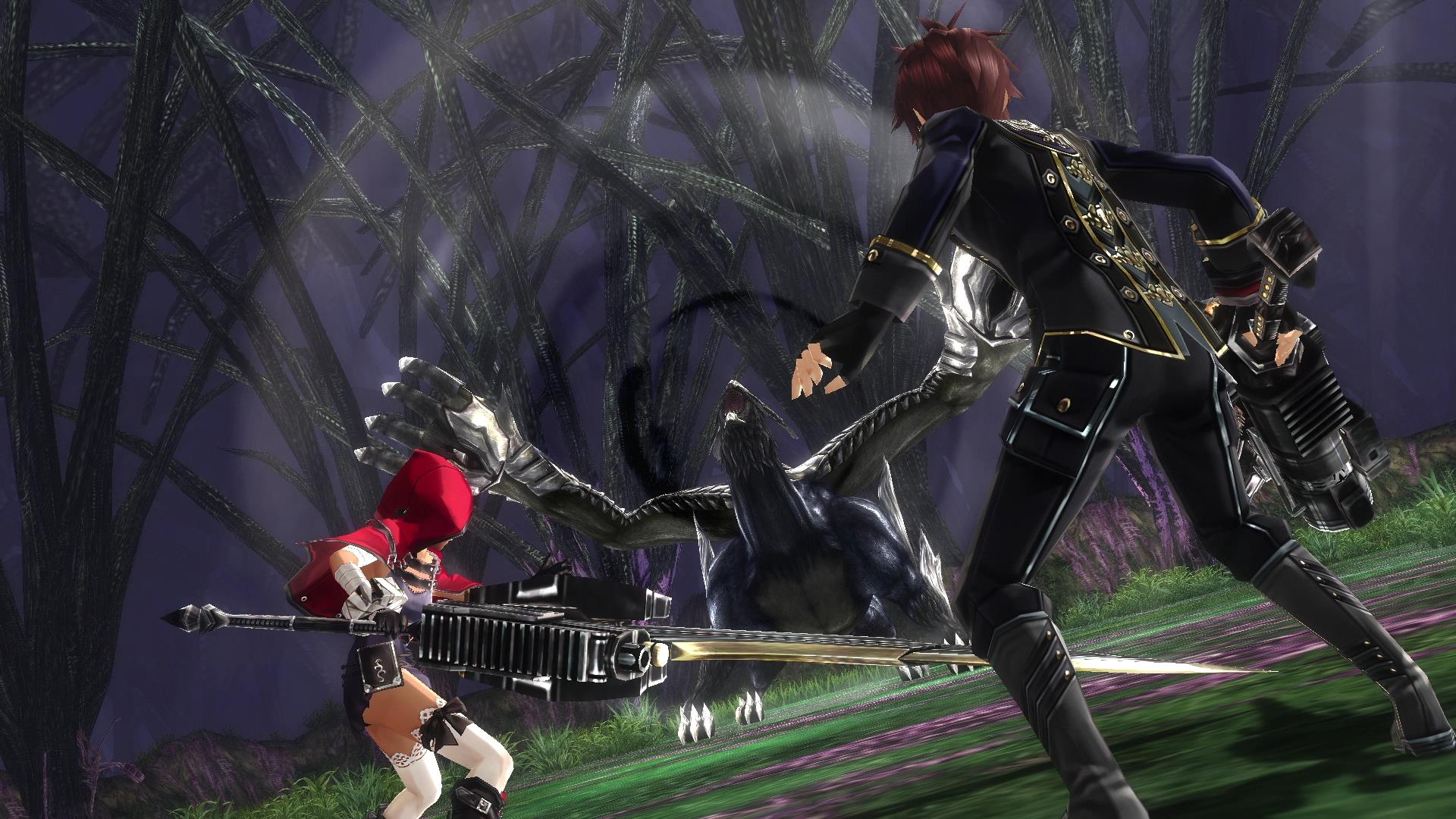 With the release of God Eater 2: Rage Burst Bandai Namco has included only the English dub for the game and while the voice actors do fit their roles nicely, there are a few odd elements here. The game makes smart use of the controller speaker for relaying orders but many times throughout the title, even during important cutscenes, the dialogue comes across as extremely muffled to the point that it almost sounds as if the voice work was recorded off of speakers replaying the dialogue rather than a microphone. Thankfully while the dialogue often falters in this form, the soundtrack accompanying this game is outstanding as there are a large amount of great tracks that perfectly fit the nature of the game and help make large battles feel all the more intense.

God Eater 2: Rage Burst is a highly polished entry for the series and while the storyline may be one of the weaker elements as it takes too long to progress at times, the extra focus spent on the characters is something of a delight. With fantastic combat mechanics and plenty of content to test your skills against, this monster hunting title is one that players can easily sink hours once they learn the basics and begin to understand the more difficult mechanics that appear in later levels.

God Eater 2: Rage Burst offers plenty of new content for fans of the series and although the feeling of repetition does still exist in some form, the amount of customization and level of content available will help ease those feelings. With great combat mechanics and quality AI to make up for a lacking online player base, those who enjoy tackling giant monsters will be in for quite a treat.
8.5