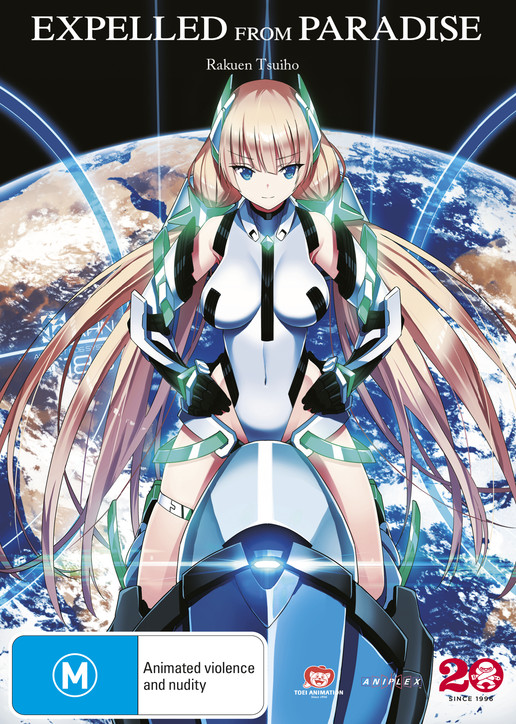 In the distant future, nearly all humans have left the Earth following an incident referred to only as the ‘Nano Hazard’ and have also left their physical bodies behind. They transferred their minds and their genetic codes into digital files and now live new lives in a virtual society known as DEVA. DEVA is meant to be a perfect society, however a person known as ‘Frontier Setter’ has been hacking into DEVA to deliver a message to its citizens. System Security’s Third Officer Angela Balzak is assigned to a mission to prevent further hacks, and her partner on the mission is a human known as ‘Dingo’. She must first adapt to living in the body that was artificially produced to allow her to be able to travel to Earth. Once the maturation process is complete, albeit only to the point where Angela’s body is that of a 16-year-old’s, she must work with Dingo to locate Frontier Setter and determine its motives.

Like all good sci-fi stories, Expelled from Paradise is mostly character driven. Angela Balzak is the first character we are introduced to. She initially comes across as a carefree person who just wants to relax, but it is quickly revealed that she is quite the capable security officer. When Frontier Setter hacks into DEVA’s communications network, she attempts to track it down and stop it. She is eager to do well at her job, and as such, she immediately accepts her assignment to go to Earth. She has an extremely high opinion of DEVA and the reality she has chosen for herself. It is for this reason that she initially finds Earth to be uninteresting and dull, although she eventually finds that there is more to life than contributing to the prosperity of a virtual society. Despite not seeming like the type to be able to cooperate with an apparently untrustworthy operative she has never met before, she is able to work effectively with her partner. Dingo introduces her to the uniquely human ability to truly enjoy music, and also explains to her what being a human is really about. It means doing whatever one can to survive, and at times just hoping to have good fortune. No genre of fiction provides writers with the opportunity to explore the true meaning of humanity and physical existence like science fiction, and this film truly has a lot to offer in this regard. It also avoids being predictable, as seen in the character of Frontier Setter and its interactions with Dingo. 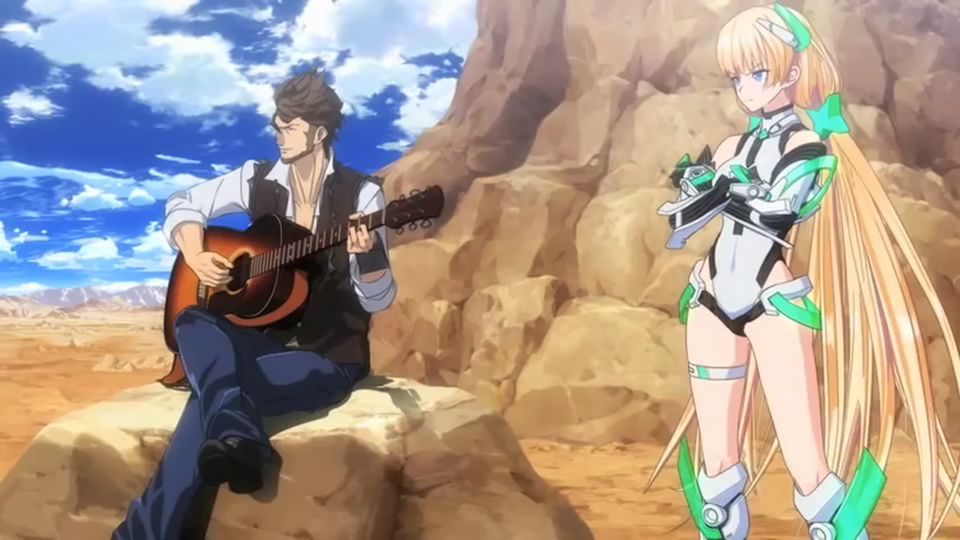 Frontier Setter is the remnant of a long-forgotten project to send humanity into outer space. Although it started out as a simple AI, it eventually became sentient and developed an appreciation for, of all things, rock music. Dingo has an affinity for rock music as well, and the two are able to bond and even jam together as if they were both human. In a world that is already developing robots and artificial intelligence, the question of what defines humanity is becoming a difficult one to answer. It is one that has been explored before, to be sure, but its exploration here contributes to the thematic depth that this film has. The questions are thought-provoking not just for the audience, but for Angela as well. She goes through an extraordinary amount of character development in the two weeks in which this story takes place. At the same time, one gets the impression that her journey towards reaching an understanding of what it means to be human has only just begun by the end of the film. It is a shame that the sequel novel to the film has not been released in English, and that the world has largely moved on from the existence of this film, but it should be remembered. It may not be a Studio Ghibli film, nor is it entirely original, but it is one of the most engaging sci-fi stories produced in the last decade.

The visuals of this film deserve both high praise and strong negative criticism. The scenery looks amazing and helps to convey the sense of desolation that exists in this dystopian version of Earth. The contrast between the digital paradise of DEVA and the devastated physical planet is highly effective. Going from the bright, colourful setting of the virtual world to the near-lifelessness of the desert helps bring the viewer along with Angela in her questioning of Dingo’s choice to remain on Earth rather than transcending to a digital form and having a ‘perfect’ life. Much of this film is spent depicting the characters engaging in covert missions and simply talking, and it helps that the visuals hold up so well during the quiet, calm expository scenes. Director Seiji Mizushima has a background in action-packed series, but he helps make even the most simple dialogue-driven scenes stand out. They are just as memorable as the flashy action sequences, if not more so. 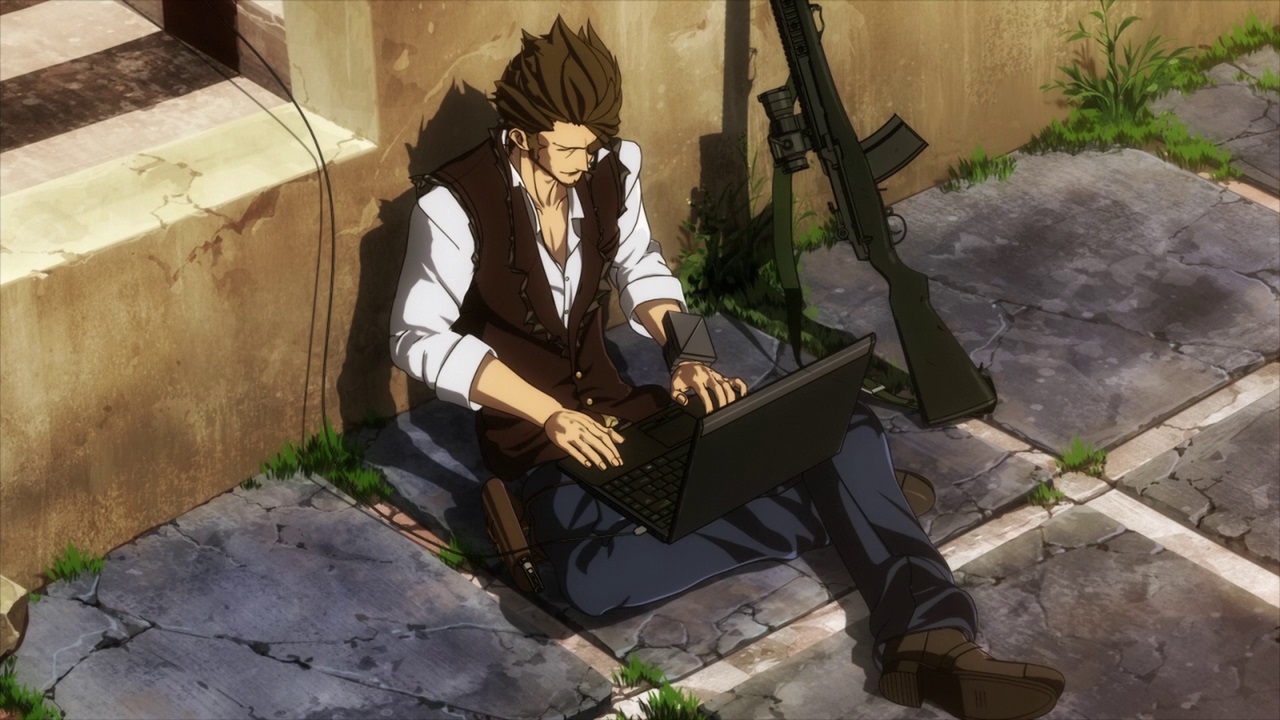 The two elements of the visuals that do not work are present throughout the majority of the film. The first one is the fan-service, which is unsurprising given that this was produced in collaboration with Nitro+, but a major reason why it will likely remain a film for otaku instead of becoming a mainstream classic. Angela’s breasts bounce a little more than is perhaps realistic. Her outfit, as seen in the cover art above, is stated by the director to merely be a test for the capabilities of 3DCG animation. Finally, her buttocks are basically permanently on display. The second problem is the animation itself. The animation is fluid in the action scenes, which is where it really counts, but it drops to about three frames per second when characters are moving in the rest of the film. The unrealistic movements are enough to seriously impact on the emotional depth of one scene towards the end, and they constantly make the characters look stiff. If the animation team just drew and rendered enough frames to give the illusion of realistic movement, one might be convinced that 3DCG animation could realistically become a major part of the future of anime. To make matters worse, though, Angela’s hair looks terribly fake. Hair can look realistic and be made to move realistically with 2D animation, but evidently the 3DCG designers did not want to animate more than a few giant noodles of hair. The animation should not have such a major impact on the quality of the film, but in the end, the only reason the visuals work at all is because of the detailed settings. 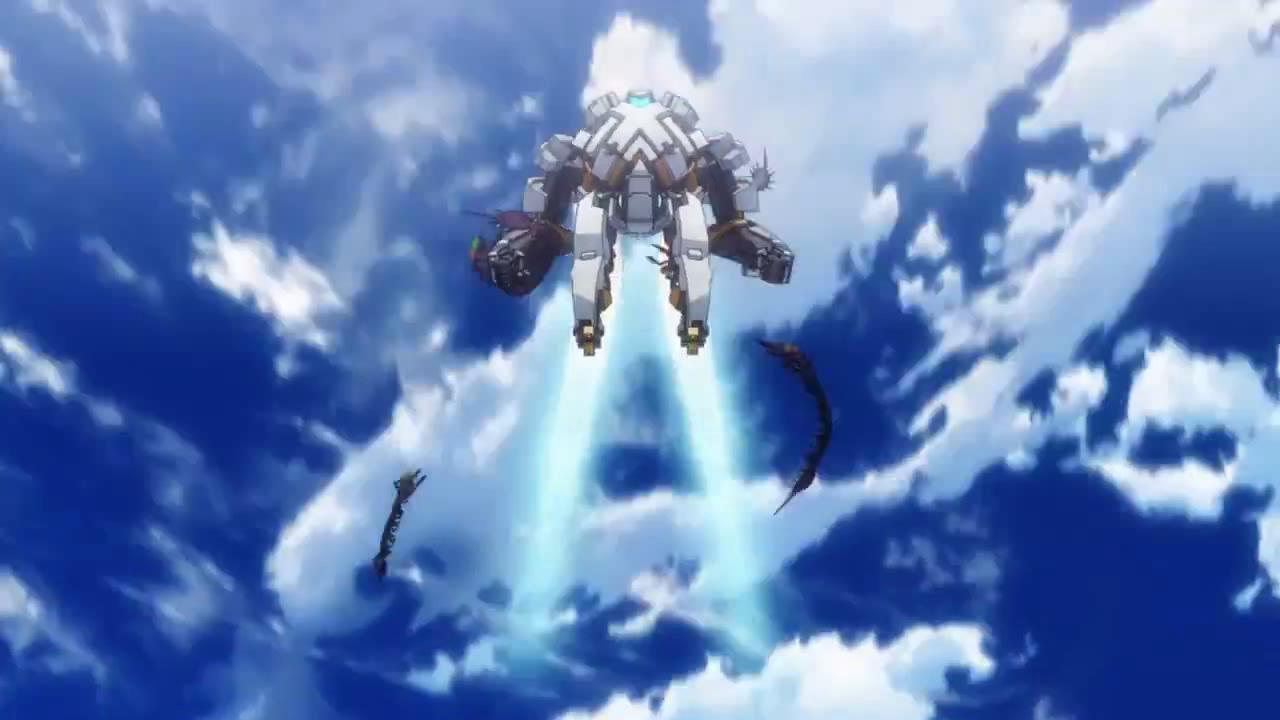 The voice acting in the English dub is top notch. Experienced voice actors Wendee Lee, Steve Blum and Johnny Yong Bosch portray Angela, Dingo and Frontier Setter, respectively, and they all give standout performances. It takes a bit of time getting used to Wendee Lee, who sounds like she is playing a different character to the one on screen at first, but it soon becomes clear that she was the right choice for the role. Steve Blum helps convey Dingo’s character brilliantly, and Johnny Yong Bosch’s performance really enhances the human quality that Frontier Setter has. The Japanese voice cast does a great job too, although the English dub feels more appropriate for the film. Fortunately, the English dub script and the subtitles do not have a tendency to deviate in meaning; only a few minor exceptions are noticeable. The music is great, albeit often understated. There are no grand piano pieces or orchestral pieces in this film, but rather techno music in the action scenes and both acoustic and rock music throughout the rest of it. The rock music plays a significant part in the story as well, and it fits perfectly. However, despite this being set centuries into the future, the overly simplistic techno music feels out of place. The audio may not be perfect overall, but it complements the film well for the most part.

Included in this release are two Japanese teaser trailers for the film and a “Making of” featurette. The latter presents a series of interviews with the film’s main staff and behind-the-scenes footage. It provides an insight into the production of the film, and is worth watching for anyone interested in the animation production. While not advertised on the product packaging itself, this release also includes French audio and subtitles for the film and French subtitles for the “Making of” featurette. 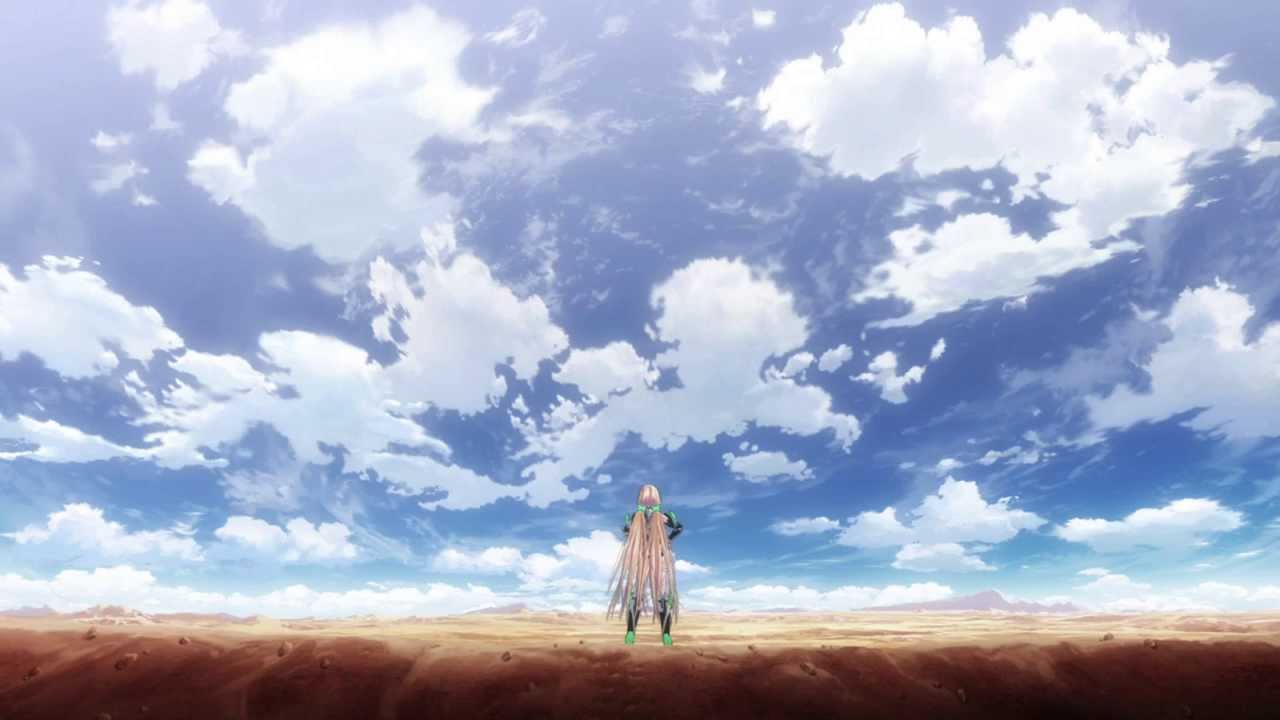 Expelled from Paradise is undoubtedly one of the better anime films out there, even if the visuals are not even remotely close to the standards of any Studio Ghibli film. Its premise is immediately engaging, its characters are fascinating and portrayed well, the story never once loses its momentum and its deep, thematic exploration of what humanity is truly about is superb. The almost consistently low frame rate is a major detractor from the emotional impact of certain scenes, but there are still some emotionally engaging moments despite the fact that two out of three main characters are not technically human. The world-building is not perfect, and the lack of explanation about the history of this version of Earth raises an important question, but what we do get is highly effective and complemented by fantastic background design. One can immediately get a sense of how desolate and arid the Earth has become since the unexplained disaster, and the action scenes never feel out of place despite how advanced DEVA’s technology is in comparison to what is available on Earth. This is an excellent film.
Capsule Computers review guidelines can be found here.

A brilliant film with excellent depth and characters, with the occasionally bad animation being its only major downfall.
9