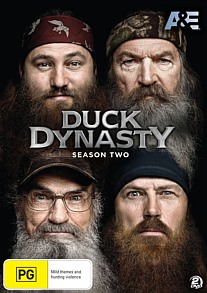 Overview
What is Duck Dynasty? Where does it sit in the pop-culture lexicon? Is it a show about duck hunting? Or is it simply about a company that makes duck hunting gear? Is it a show about good old fashion family values? Well it is a bit of all of those things. But at its core, Duck Dynasty is pure junk food television. It isn’t particularly something good for you, but it’s just a bit of fun for half hour.

It isn’t a very intelligent show in any sense of the word, but it has captured the attention of millions of viewers. What is it that makes Duck Dynasty so popular? Well it really is quite simple, it is just stupid entertainment that you can switch off to. 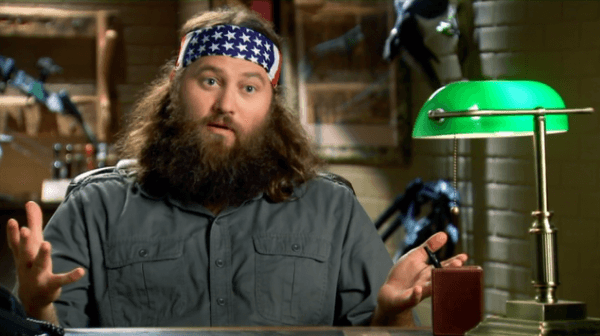 Story
The second season of Duck Dynasty is generally comprised of single episode stories and situations that the Robertson family and their business Duck Commander find themselves wrapped up in. We see varying stories involving lawn mower races, redneck driving lessons, swamp fishing, missing tupperware, security cameras and old men tagging along for teenager’s dates. Each episode’s scenario seems to get more ridiculous than the last in what makes for quite a relentless journey into some kind of bizarre redneck twilight zone – a place where these otherwise ridiculous situations play out like they are perfectly normal and not absolutely stupid.

It goes without saying that Duck Dynasty is a pretty damn silly show. It features brainless scenarios that are played off a ‘real’ despite being clearly staged. In spite of all that though, it is a relatively harmless watch, heck it might even be a bit of fun at times.

The cast of characters are interesting enough, though they do come off as quite stereotypical for the most part. If you have an image of a ‘redneck’ in your mind, they are represented in Duck Dynasty pretty much as you’d imagine. The character of Si in particular embodies the old redneck hick stereotype to a tee. He does have an interesting quirk though, his affection for a tupperware cup that he drinks iced tea out of almost constantly. He may very well be the most funny character on the show.

Each episode of Duck Dynasty season 2 is for the most part relatively entertaining, albeit by and large very silly. There isn’t any real objectionable material here and the show does seem to promote some basic family values, or at least tries to. The stories are frequently nonsensical and occasionally frustrating. The frustration comes from the sheer stupidity of the action playing out on screen or the poorly executed staging of the supposedly ‘real’ scenarios that take place. Based on that description you could say that Duck Dynasty is pretty much Keeping Up With The Kardashians but with beards and duck calls. 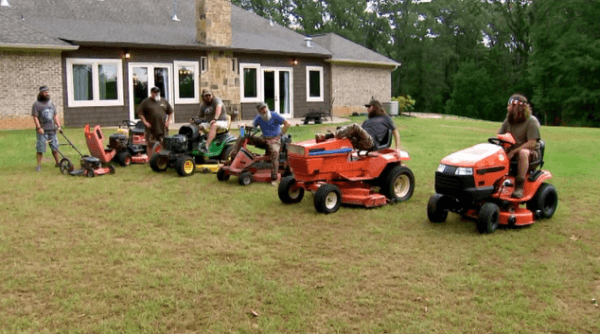 The problem with Duck Dynasty though is its lack of purpose. There isn’t any real take away from any of this show, you have a series of random events that don’t ever amount to anything or hold any real meaning. It doesn’t give any real genuine insight into the business of Duck Commander, nor does it feature any duck hunting. Therefore it is kind of difficult to categorize this series. Is it meant to be a comedy? Is this meant to be a pseudo-reality program about Duck Commander? What is this show meant to be? It is hard to say, but it does manage to at least make for decent junk food tv.

This isn’t a show that you’ll need to think much about. It is essentially a silly show about a family that runs a business that makes duck hunting gear. The family themselves are pretty fun to hang out with for half an hour, just don’t expect any real intelligent content from them or the show and you might just enjoy it for the mindless fun it truly is. 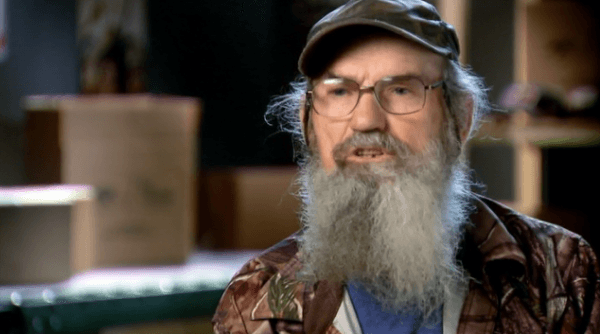 Visuals and Audio
Aesthetically speaking, Duck Dynasty is not exactly a masterstroke of artistic creativity. It features reality show style camera work and the cut away interview portions that come with the territory. Nothing new for reality show viewers. The one interesting thing about the series visuals is the way it represents the deep south of America. ‘Redneck Country’ as they call it is portrayed as a nature-lovers wonderland in many ways, but there are simply far too few shots exploring the setting, instead locking action into the bland and monotone Duck Commander warehouse. It isn’t exactly inspiring a setting, but it does a good enough job at giving Duck Dynasty a sense of place.

The soundtrack for Duck Dynasty is quite pedestrian for the most part. The audio work here is nothing special and seems the be very much standard for the reality genre.  If there is anything that stands out in the soundtrack for Duck Dynasty, it is the excellent theme song ‘Sharp Dressed Man’ as performed by the legendary rock band ZZ Top. It is an appropriate theme song for the series and a great tune in general. 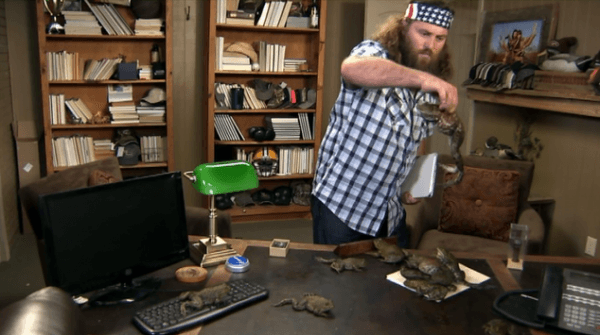 Overall
Duck Dynasty is a show that you will either love or hate. The second season of the show isn’t much different from the first. If you enjoyed the first season in any shape or form, you may want to give this second helping of bearded men and duck calls a go. If you didn’t enjoy it, then you know what to do.

Ultimately this is not a great show, but it is not a bad one either. It is simple inoffensive fun, that makes for a decent watch if you are looking to switch off for a bit and just watch something silly. For that alone, Duck Dynasty isn’t too bad of a pickup. If you are looking for something with substance, this is not the show for you. Duck Dynasty is about as shallow as a puddle of mud. But hey, at least it doesn’t have a stick in it.