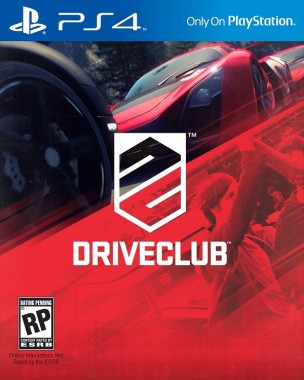 Evolution Studios are now a subsidiary of Sony Computer Entertainment, but the two parties had maintained a great working relationship even before the acquisition back in 2007. Up until that point, the team had developed World Rally Championship (WRC) titles exclusively for the PlayStation 2, and then introduced a newly exclusive IP for the PlayStation 3 in MotorStorm. After multiple, well-received sequels, the developers’ next-gen offering was highly anticipated. Driveclub was announced back in February 2013 as a launch title for the PlayStation 4. In October that year, however, it was delayed, and then again five months later due to problems with its “dynamic menu”. The good news is, they fixed the dynamic menu. The bad news…well, you all know it by now. We tried to hold off reviewing Driveclub so as to allow Evolution Studios the chance to fix the online issues, but time is up. 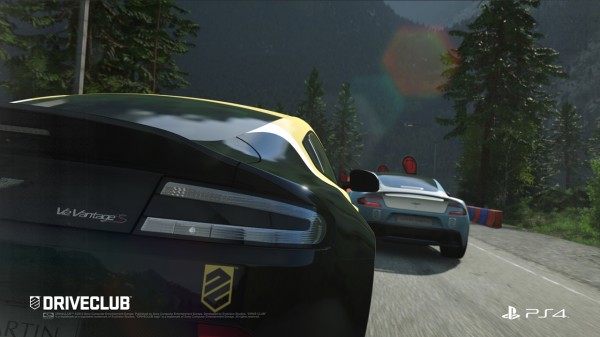 Driveclub is not a simulation racing game. It errs more on the arcade side, which is perfectly fine, though very forgiving. Going back and forth between Forza Horizon 2, for instance, and Driveclub, really accentuates the differences between the two in that respect. The cars don’t feel as unique in their handling, although the discrepancies in their top speed and more obvious aspects are clear. All that being said, your car will still skid after catching air and landing on the asphalt again; little details like this prevent it from being a full-on arcade experience. The tires screech way too often, however. I don’t know about you, but consistently loud screeching whilst smoothly changing lanes seems a bit excessive, not to mention grating on the ears. The game includes all the camera angles we are accustomed to, also adding a more dash-aligned perspective that I actually preferred from time to time. Collisions will negatively affect your XP gain during a race, as will veering off-road. 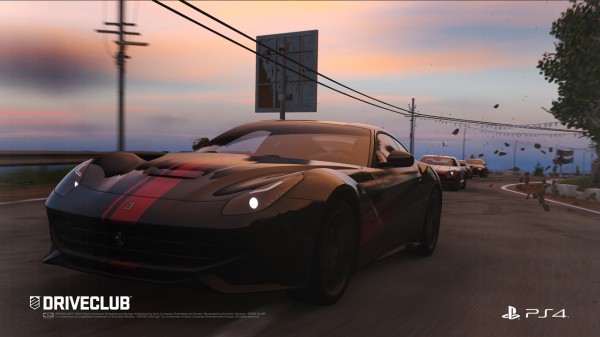 Driveclub‘s weather system doesn’t seem to impact handling too heavily, but its day-and-night cycle is extremely fast, with transitions between day and night occurring over mere seconds right in the middle of a race, which can be jarring and visually distracting. Equally off-putting is the move between terrain types mid-race, which can cause you to lose sight of the track lines without those previously apparent boundaries. There are 50 cars included on disc, spread across five categories: Hot Hatch, Sport, Performance, Super and Hype. These are unlocked as you play and level up; speaking of which (and not to sound like a broken record, because it is true), the progression system is closely reminiscent of Forza‘s, from the way your efforts are tracked and presented, to the rewards integration. In Tour – the single-player “campaign” (with no story to speak of) – there are dozens of races, from drift races to point-to-points and circuit races – all of which can be played singularly in the separate ‘Single Event’ mode across all available tracks. 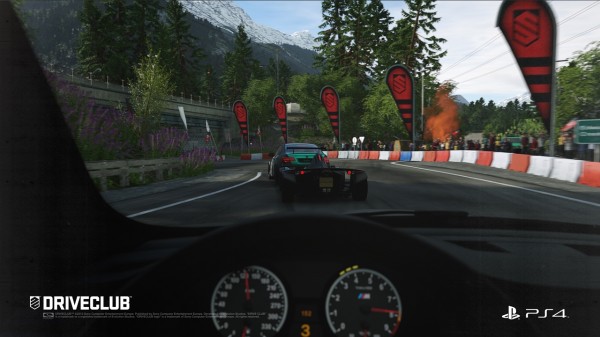 Throughout your time on-track, you will come across and seamlessly participate in Face-Offs, which are competitive stretches tasking you with beating a competitor on the local or global leaderboards in things like top speed, cornering, drifting total, etc. You unlock new races in Tour by gaining stars from each completed event. At the end of each tier, there is a multi-race championship. Only a select number of cars can be chosen for each, with restrictions such as the country of origins being placed on the race. Some cars can also only be unlocked through club levelling, which is near impossible for the majority of players at the moment. Personally creating a club, accessing Challenge Mode, and multiplayer (which is handled in a lobby full of scheduled races) has been nigh impossible. The “server issues” (you’ll understand the use of quotation marks by the conclusion) have been on-going, and are hindering the perception and playability of the final package. This is a shame, as I can not give an opinion on these features/modes. 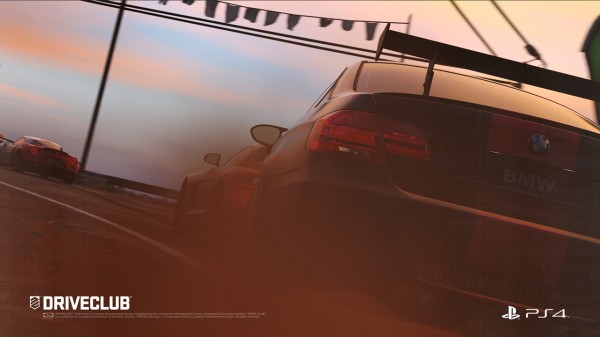 Driveclub may just be the best-looking racing game ever made. If it weren’t for Forza Horizon 2‘s unbelievably breath-taking, dynamic lighting/weather system, it would be a blow-out. Instead, it’s a photo finish. The tipping point in favour of the former is the clear attention to detail and focus on ensuring the environments – not just the vehicles themselves – look as realistic as possible. This is something Forza and most other examples in the genre are guilty of neglecting although, until recently, it was a matter of memory and, therefore, prioritisation. The representations based on Canada, India, Chile, the United Kingdom and Norway are gorgeously realised, and give a decidedly fresh feel to proceedings as opposed to the more commonly chosen locations and real-world tracks that we’ve played hundreds of times before in Gran Turismo, Forza and other entries. Driveclub‘s own weather system holds up, with the water effects in particular looking impressive as they run down the glistening bodies (I swear I’m talking about the cars!). In regards to audio, we get what we expect from a modern racer, with the team capturing samples at various points on the car, building a complete sonic landscape on the road. 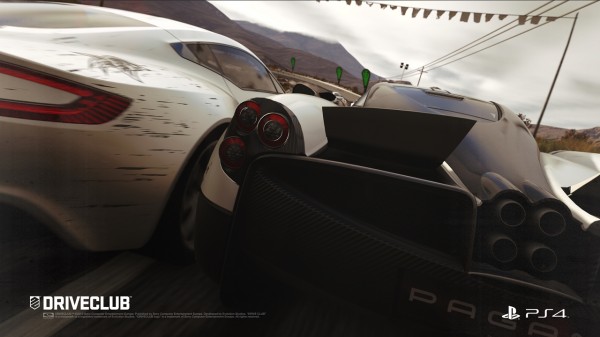 Driveclub is a solid driving experience on the PlayStation 4 that, unfortunately, has been marred right from the starting position by what is reportedly a programming error. And no, apparently it wasn’t a lack of servers after all, but a programming mistake that disallows ‘x’ amount of new players into the online portion at once, effectively shutting them out and mimicking the effect of high server load/full capacity. Although the game has a single-player campaign, as mentioned, called the Tour, the launch issues are especially damaging because the core tenet of the game is going online, creating and playing as a club…it’s in the title for peet’s sake! I could enter a match, but the lag was too intense to actually complete a race; competitors would teleport and jitter all over the screen. Again, it’s very disappointing as Driveclub is gorgeous and plays well as an arcade racer. You can still certainly get some enjoyment out of the solo experience, but a new tagline may be needed, especially with no split-screen (absolutely stupid for a racer) nonetheless. How about, “less club, more loneliness”? That fits.