Don’t Shoot Yourself may seem like common sense, but there’s nothing common about this game. Don’t Shoot Yourself is an interesting concept, taking bullet storm-style gameplay and flipping it on it’s head. Packed with creativity, pick-up-and-play controls, plenty of content and an iTunes description that includes the phrase “no IAPs” (thank god!), Don’t Shoot Yourself has a lot going for it. Ultimately however, it’s held back by what it aims to be – a shallow, simple, casual title with no goal in mind but to help you waste time. But hey, what’s wrong with that? 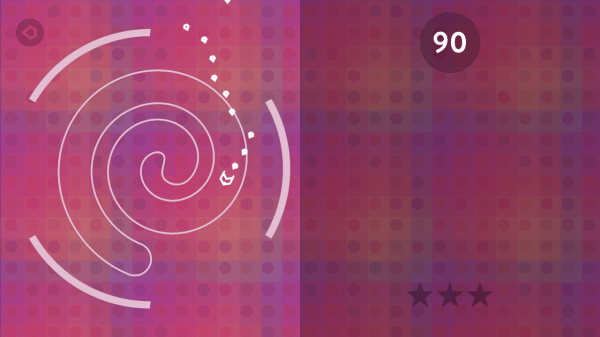 Gameplay is simple with pick-up-and-play controls, similar to a game like Asteroids. Players move their little spaceship thingy with the right hand side of the screen (or left if your left handed, the developers were kind enough to think of you) and that’s about it. Every time you move however a bullet is shot out behind you. These bullets bounce off surfaces and it’s your job to do what you should also try to do in real life: to not shoot yourself. There are 100 bullets, and once all of them are gone, a special magic bullet is released that will free you from the level. Letting go will reload the ship/whatever it is for some reason, so this means your finger must be on the screen at all times. This isn’t always a good thing of coarse, as it can occasionally get uncomfortable. The game can occasionally get a little buggy and controls aren’t always responsive. However, the gameplay remains enjoyable, with swift action that requires tactics and strategy. Other features include “boss” levels, an “infinite” mode and a star system for skipping levels are also in place, so while gameplay can quickly feel repetitive, at least the developers attempted at switching it up. Sadly, gameplay never gets much deeper than that, so while there are plenty of levels – 50 to be exact, it all results in being more or less the same. The game also has a strong focus on social media sharing, with replays available to be shared with friends after every match. If for some odd reason you’d want to, that is. I should also make mention the game lacks a decent tutorial, and as a result the controls can be a little confusing until you get the hang of things. Hopefully we can see an improvement on this in a future update. 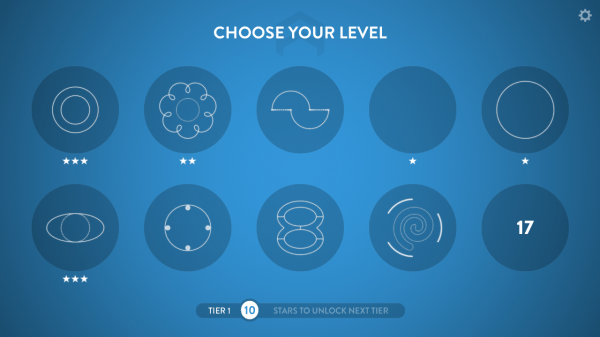 Visuals? Take a look at one of these screenshots. That’s the visuals. What you see is what you get here with a simple friendly approach. Colourful backgrounds help the white pop and adds to the polished presentation. The soundtrack has the provides the right atmosphere to set the tone of the game, but unfortunately sounds of low quality, like it needs to be clearer and has room for improvement. A nice touch included is when players let go the music will change to signal the fact they are reloading bullets. So while the visuals in Don’t Shoot Yourself are quite superb, the audio while decent is lacking a little in quality and the developers haven’t unleashed it’s full potential. 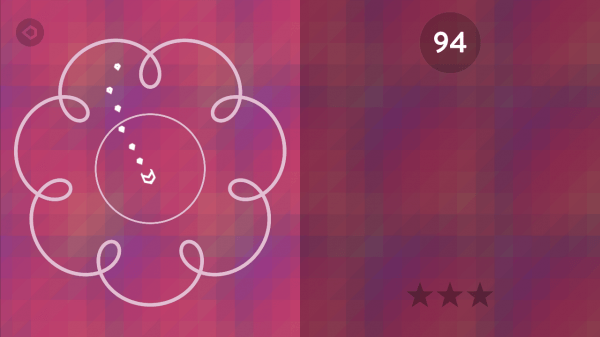 Don’t Shoot Yourself is a mixed bag. On one hand the concept is fun, presentation while basic, works and there is plenty of content available. Furthermore it has plenty of small bells and whistles to add to it such as the option to play left handed, the ability to skip levels and more. On the other hand however, controls aren’t always as responsive as you’d like them to be at times, the soundtrack feels lacking in quality and gameplay can get a bit repetitive. That being said Don’t Shoot Yourself accomplishes what it sets out to do and while this reviewer feels it ultimately remains as a repetitive, shallow experience perhaps others may disagree. If you’re really considering picking up this title, just get a look of the trailer embedded below because honestly – what you see is what you get. On the bright side though – no in-app purchasing, so that’s a plus!