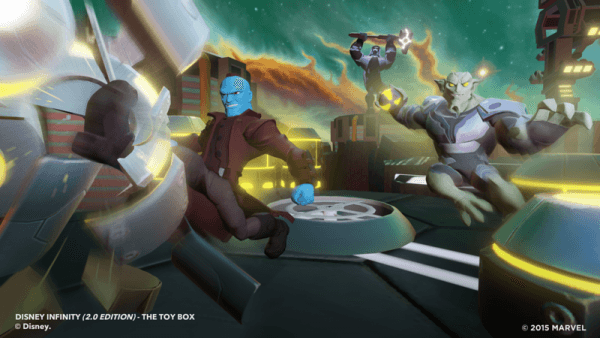 Disney Infinity has been out for a few months, and although we have had a wave of super heroes, followed by a bunch of Disney Originals there were little to no villains in the mix. The original Disney Infinity gave a villain to (almost) every Play Set when they launched, so the lack of evil was definitely noticeable. Enter: The villains. Spider-Man’s Green Goblin and Guardians of the Galaxy’s Yondu and Ronan the Accuser provide some much needed evil to the package, as well as being totally badass and cool figures to boot. 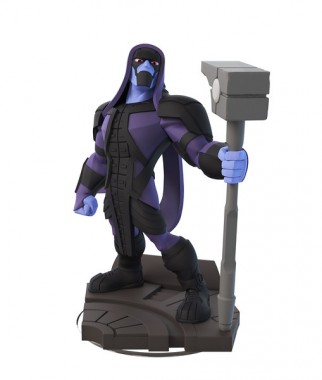 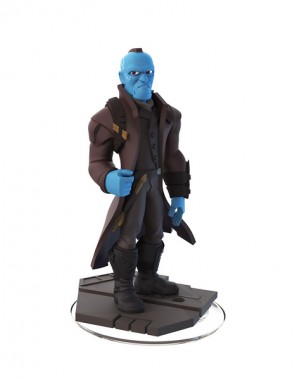 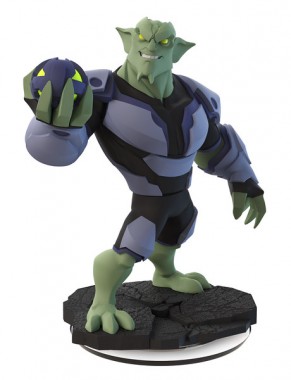 Wielding the Universal Weapon (his hammer) Ronan the Accuser has stepped off of the Dark Aster and plans on unfurling 1000 years of Kree justice on unsuspecting planets. Although he doesn’t have an Infinity Stone, Ronan packs a serious punch. He can swing his weapon with lethality as well as sending out bolts of purple energy that can rip enemies apart in a matter of seconds.

As a character in the game, Ronan towers over the rest of the characters from the Guardians Play Set (and just about anyone else in the game) which gives him a commanding presence among the other characters. The same can be said for his figure, who is among the tallest in the game. Although one thing I noticed about the figure was the fact that the Universal Weapon’s handle seems a bit frail and easy to break, so just be careful if you are the type to play rough. 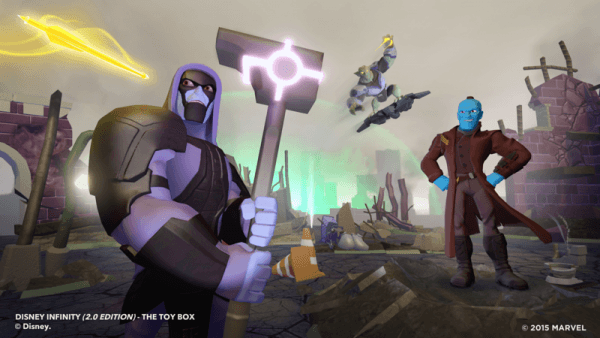 When I first heard that they were bringing Yondu to Disney Infinity, I was genuinely interested in how they would bring such a unique character to life on console. Fitting right in alongside his protege Star Lord, Yondu is equipped with his Yaka Arrow which he throws with deadly accuracy. While the Yaka Arrow doesn’t have the same mid-air course correction skills as its film counterpart, it still tears through enemies in a heartbeat and Yondu emits a slight whistle when he throws it. Very much a jack of all trades, Yondu is equally as skilled in hand to hand combat as he is at throwing his arrow from afar.

The figure itself is incredible, and manages to almost perfectly capture Michael Rooker’s likeness from the film. Also, yes I know that Yondu isn’t really a villain, he still has a mean streak that makes him as worthy of his spot on the villains roster as anybody else. 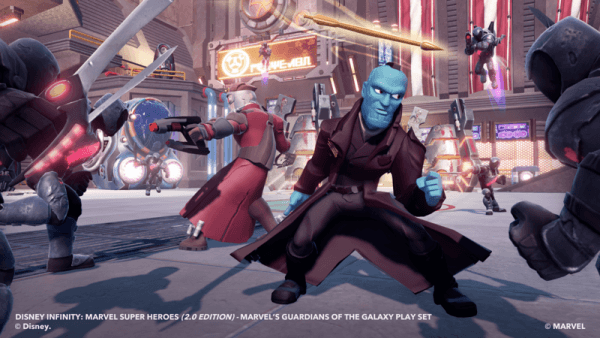 Like the rest of the Spider-Man figures, Green Goblin AKA Normon Osborn is designed after his Ultimate Spider-Man animated series look. That means instead of the thin, creepy goblin that many people grew up with,w e instead get a muscle bound demonic beast of a villain. Goblin’s huge size also reflects his power which appears to be about on par with Hulk and Venom, making Goblin an absolute power house once you have him levelled up to 20. Not only that, but his Pumpkin Bombs can be absolutely devestating to anyone caught in their way.

One thing that really lets down ole’ Gobby is the fact that he presently doesn’t have access to his Goblin Glider. The official Disney Infinity twitter account confirmed that the glider will be added into the game in a future update, but at the moment Spider-Man’s most well known nemesis is without one of his key pieces of equipment, not going to lie that is disappointing. 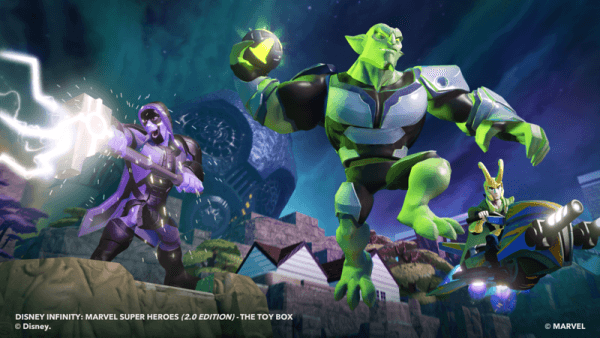 So although this is one of the shortest waves of Disney Infinity figures that have been released, the villains certainly add a lot to the proceedings. The fact that they are all playable in Play Sets is a huge benefit, and their sheer power makes them a tonne of fun to use. Aside from a few let-downs (like the lack of Goblin Glider, which is seriously a travesty) the three figures in the wave are just downright cool and add some much needed evil diversity to the otherwise hero-centric game.