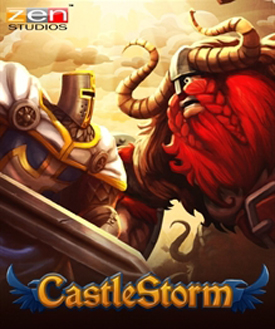 CastleStorm is the Tower Defense/Physics puzzler amalgamation that appeared on Xbox Live and PSN mid last year. Now it has made its way to the Wii U with a few exclusive additions. Sadly these additions don’t make the experience much different from the originals.

Tower Defense games have you spending your accrued resources to deploy troops and other objects to defend your base require quick thinking and immediate responses. Physics puzzlers are on the opposite end of the spectrum and often require patience, concentration and a keen eye.The amalgamation of these two genres creates an experience that is a lot less fun than the sum of its parts and frequently leaves you feeling like you are rubbing your stomach and patting your head at the same time. The Wii U’s GamePad allows for a lot of off-screen controls and more precise movements than its older counterparts but still don’t make the game feel or play any better 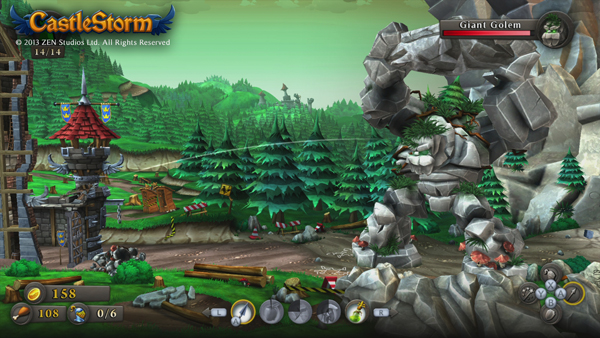 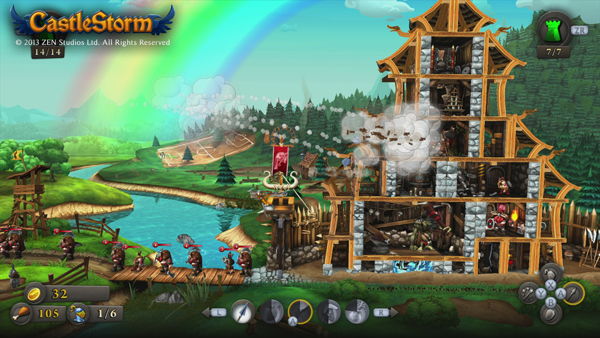 The Wii U GamePad allows for some new additions to the control schemes. As expected, there is off-tv play on the GamePad’s screen, however taking the already cluttered game and putting it onto a smaller screen is just a recipe for disaster. What is more helpful is the addition of the touch-controls. You can use the Wii U’s stylus to select your units and aim your ballistas. This helps to overcome the game’s clumsy and unresponsive controls, as well as giving you a brand new level of accuracy. 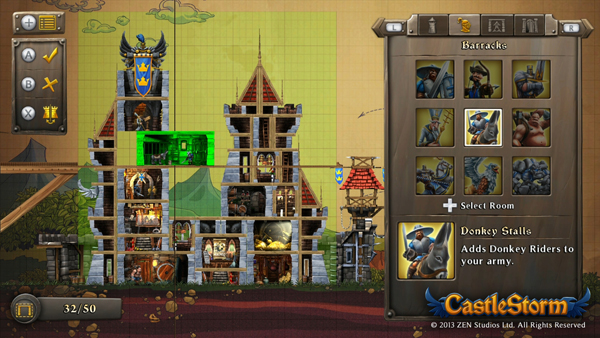 Zen Studios have made a game that is hugely reminiscent of the building blocks and figurines that so many of us played with growing up and the visual design goes a long way to show that. The lines and detailing of the characters and world are all very thick and the world is vibrantly coloured, which when combined give a very cartoony feel to everything.

While the art-style is very nice and cheerful, a lot of the animations (or lack thereof) are quite flat and uninspired. Characters all constantly have the same facial expression, no matter what emotion the story calls for, and the small dialogue-sections of the game lack any visual indication that the character is talking aside from a text box at the bottom of the screen. It makes the game look and feel more like you are playing with blocks and toys, but even so just looks bland and boring.

The audio, although clean, crisp and delightfully cheerful very quickly becomes repetitive and flat out annoying. Most of the game’s cut-scenes are not fully voice acted, instead with characters talking in a series of grunts and groans while their dialogue is written in the bottom of the screen. During gameplay the same sounds will be heard time and time again, every time you summon one of your soldiers, they will say one of three or four short phrases. The audio really doesn’t add to the overall experience, and after a few minutes playing it in fact starts to detract from it. 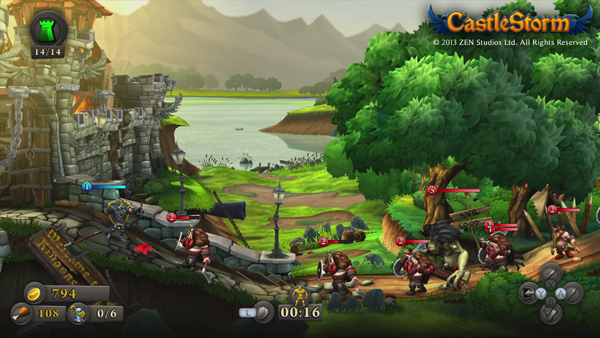 CastleStorm is an ambitious game that wears its inspiration on its sleeve. While the Wii U version adds a few new features to prove the overall experience, unfortunately the combination tower defense/physics puzzler works about as well as mixing oil and water. The game devolves into a cluttered mess of micromanaging tasks. There is a lot of content here for players who may be interested but all in all it is a frustrating, inconsistent and overall underwhelming experience.