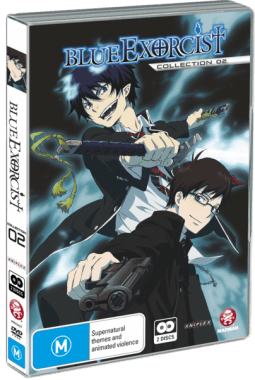 Overview:
Endings are hard. A good ending usually brings things full circle, both thematically and emotionally. Now that doesn’t sound too difficult right? When you’ve built things up over such a long period of time there is surely a pay off for it all at the end right? With Blue Exorcist Collection 2 wrapping things up for our Satan hatin’ heroes, does it stick the landing? Or does it fall completely flat on it’s exorcist face? Read on to find out. 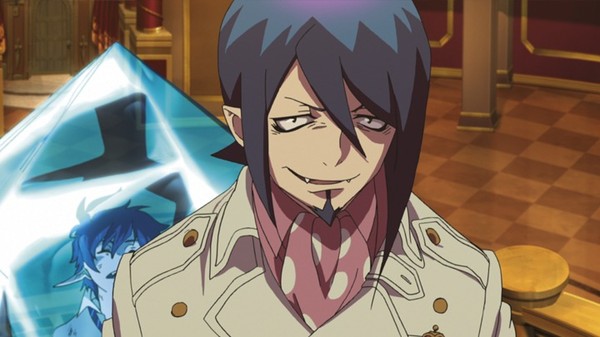 Story:
The biggest hindrance that faced Blue Exorcist was simply the fact that the manga which it is an adaptation of, barely had as many chapters as the anime had episodes to work with. From the start we knew they would have to opt for an original ending or an abrupt cut-off point. The opted for the former and judging by what we got, it was definitely the wrong decision.

The focal point of the series is of course the two brothers, Rin and Yukio. Because of that, a lot rides on the chemistry between the brothers and the handling of their individual character journeys. It’s very disappointing to say the least that A1-Pictures utterly drops the ball in the final act of the series, by taking a route that goes entirely against these characters stories and personalities up to this point. In particular the way Yukio was handled in the final few episodes was simply appalling. It made him into nothing more than a prop which does not at all do justice to a character viewers have grown to care for over the course of the series.

Of course though, the major point of interest in this second half of the series is the battle with Satan. The moment promised from the very beginning. Instead of a proper cathartic conclusion to the Satan plot we have the plot thread dangled in front of us only to have A1-Pictures chicken out and drop it in the shows final moments. Is this how you bring things full circle? Is this how you provide a satisfying conclusion? No it isn’t. Instead what we get is riddled with cliche upon cliche and convenient plotting at it’s worst.

It’s truly a shame that a series with as much potential as this had to fall of the wagon in it’s final half, but as is with many adaptations, beginning an anime series based upon an unfinished manga, is just asking for trouble and that’s what Blue Exorcist got with it’s ending, trouble. It falls short of anything close to satisfying, leaving nothing but disappointment behind.

The biggest shame of all though is that this is a series that has spawned such a rabid fan-base and for this anime to end in such a way is rather disparaging for that huge fan-base that was hoping for something a little more satisfying and meaningful from this anime. 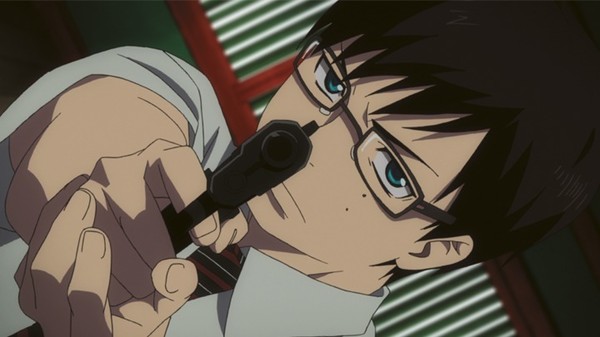 Visuals and Audio:
Artistically this half of Blue Exorcist is just as gorgeous as the first. The animation is fluid without any noticeable drops in quality and the character designs are just as unique and interesting. It’s hard to look past the visuals of Blue Exorcist as it’s really one of the series high notes. It’s consistent and in the day and age, that’s a feat in and of itself. To look this consistently stunning is so damn impressive, I just have to give A1-Pictures credit where it is due and they certainly earned it with the brilliant artwork and animation they have done for this anime.

The music in Blue Exorcist also continues to be great, with the second opening and ending doing a good job at setting the tone as well as standing on their own as great songs in their own right. On top of that the incidental tracks are brilliantly composed and perfectly timed with precision.

It really feels like A1-Pictures know how to do pull off great animation and soundtracks, but for the life of them they can’t write their own original plots when it comes to adaptations. It’s evident where there strong point lies when adapting material and it’s in the aesthetics. Give them the job of writing for someone else’s characters and disaster is sure to follow. 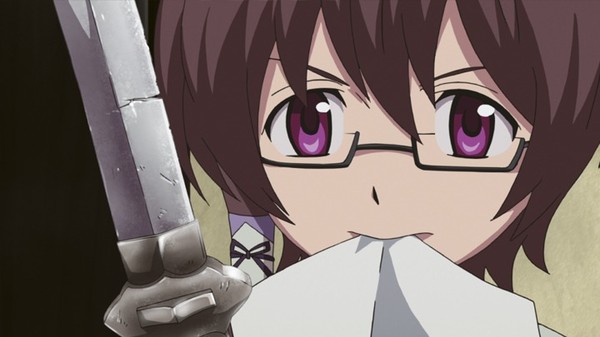 Extras:
Madman have done a pretty good job with Blue Exorcist Collection 2 in terms of special features as they have packed in a fair amount of extra content to satisfy fans of the series looking for some more bang for their buck. On disc you’ve got textless opening and ending themes (a standard inclusion for anime releases), web versions of the next episode previews and a special extra animation called Ura-Ex (B-Side Exorcist) which is some nice fan service.

As you can see this is a decent amount of bonus content, considering that this release is without an English dub (an issue plaguing many anime releases as of late). I can’t express this enough, but an English dub for big releases like this should be a given. Surely it wouldn’t have hurt them to simply wait for the American’s to finish the dubbing? Regardless there is enough content here to look past the troubling lack of English audio. 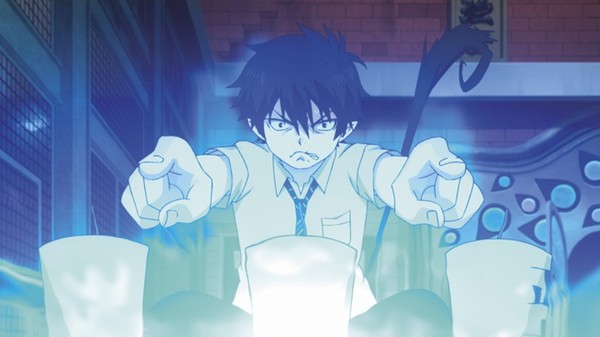 Overall:
Blue Exorcist Collection 2 has the unfortunate job of containing the lackluster ending to this series. If you have been following this anime and had high hopes for an amazing finish, I regret to inform you that what lies ahead is nothing short of a disappointment. This was an anime series brimming with potential but it all falls apart once A1-Pictures tries to make up their own story with these characters. They just don’t have good enough a grasp of who the characters are the series suffers because of it. If you have followed Blue Exorcist this far, you may as well finish things off, but prepare yourself for what is ultimately a very unfitting end to an anime series that was relatively good for the most part.