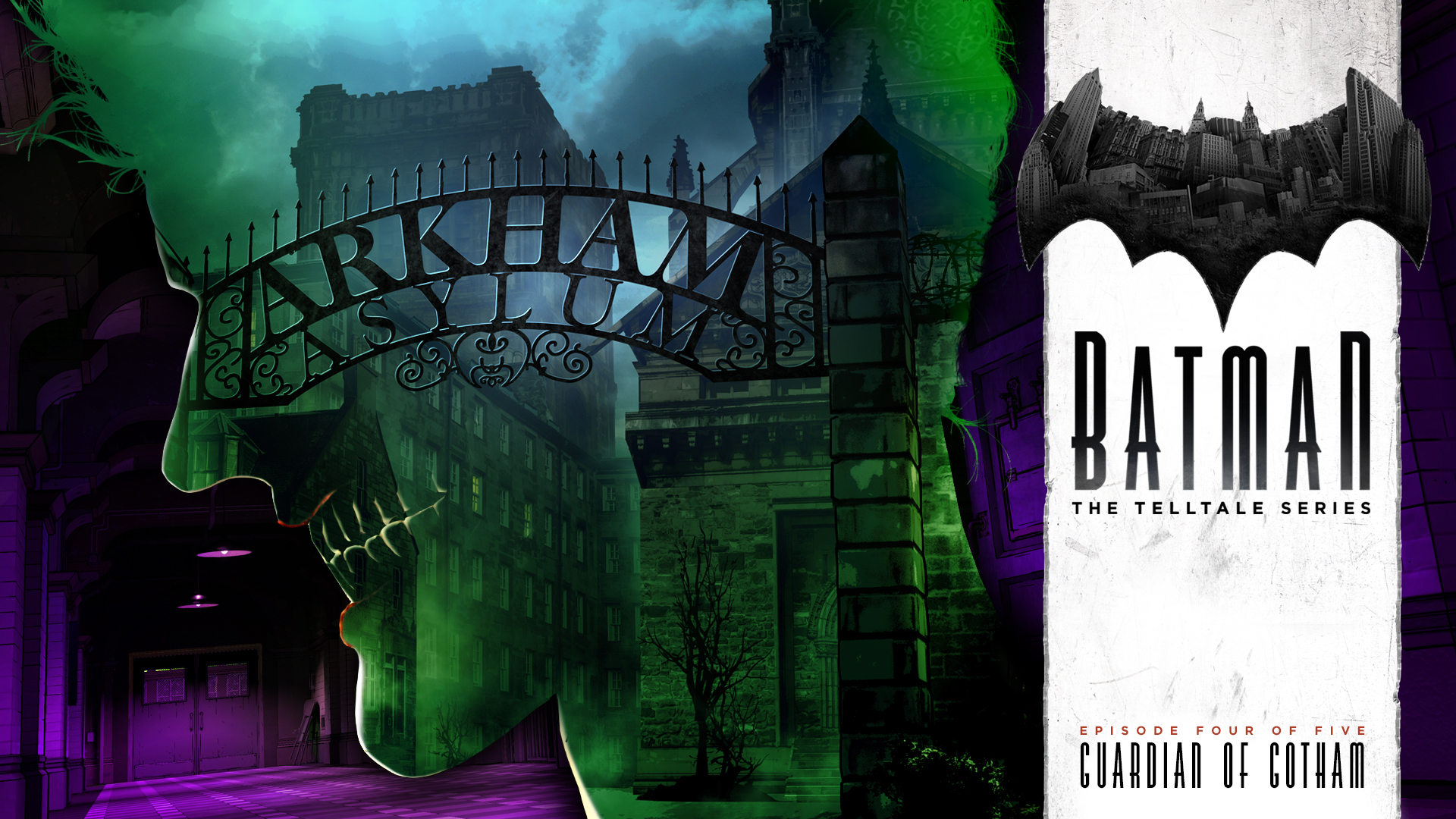 The choice between the needs of the many versus the needs of the few is something that a hero occasionally faces and Batman is no different. Over the course of Batman: The Telltale Series players have been given many choices that continue to ripple through the events later in the series and now that the fourth episode, Guardian of Gotham, has been released, does the developer successfully deliver a penultimate episode?

As per usual, those who have yet to finish the episodes prior to this one should note that the following review will mention certain events that have taken place over the course of the series so continuing on past this point will likely risk spoiling major events or revelations that should be experienced firsthand. 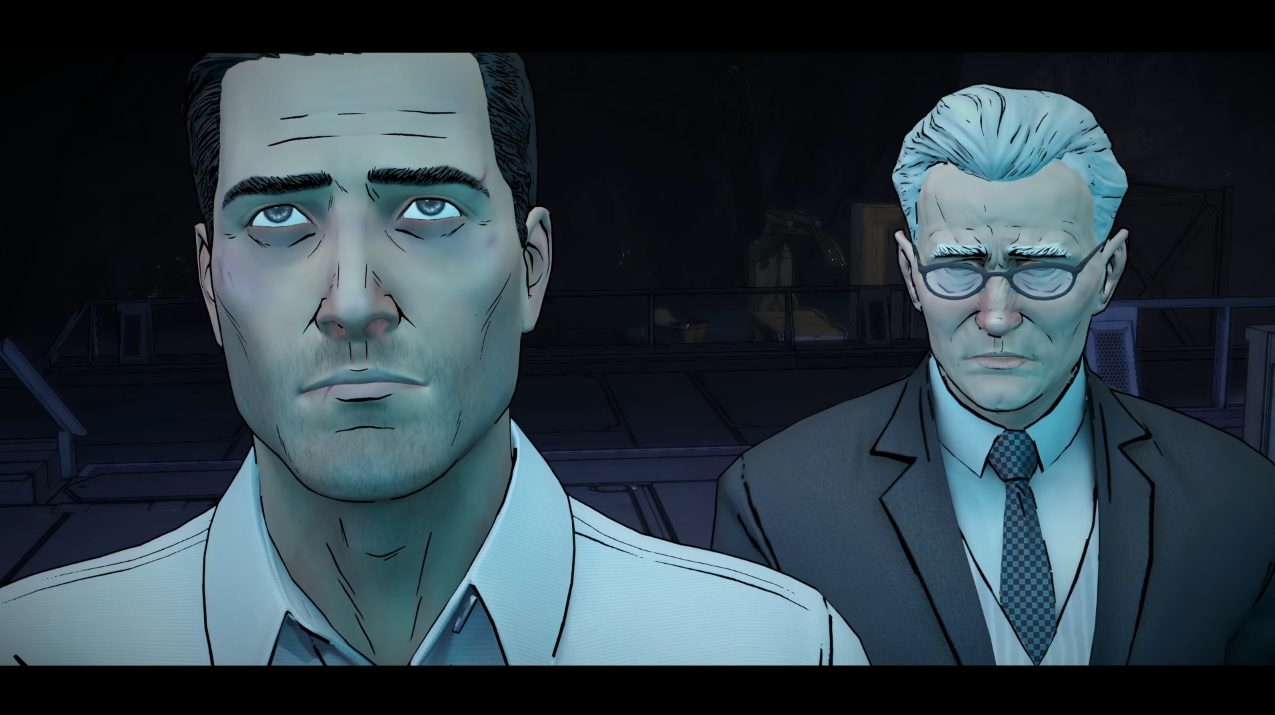 The last time we saw Bruce Wayne he had finally discovered just who the mastermind behind the Children of Akrham was. Problem is, it wasn’t really his choice as the leader attacked him out of nowhere with the same strange drug that has caused characters to go crazy in the past and unfortunately for Bruce, he is just as susceptible to the drugs as anyone else. No matter how well you might have handled the transition of Wayne Corp. to Oswald Cobblepot, Bruce wakes up to find that he is in Arkham Asylum after brutally assaulting Oswald while under the influence.

With Bruce locked in a prison that his father had hands in creating and with Harvey Dent turning his back on him and going so far as to fully betray him, Bruce finds himself in hostile territory with no one to turn to. Or at least he would until an “ally” makes an appearance and helps him out of a tough jam. As was heavily promoted before this episode’s release, John Doe, a simple placeholder name for the man everyone knows the real moniker of is more than willing to help Bruce out and find his way out of Arkham though this assistance will likely play a heavy role later on. Bruce already has trouble on his hands though as the city of Gotham has quickly changed during his brief time in the asylum.

Despite being the second to last episode in this first season, Guardians of Gotham really doesn’t do a whole lot to move the story forward. Instead players are given a brief time in the asylum and it is likely during this time that fans of the series will get the biggest kick out of things. I say this because not only is “John Doe” played extraordinarily well here, but a couple of other familiar faces from the Batman make an appearance and can even be interacted with a bit, even though at this time Bruce has no clue who or what they are. 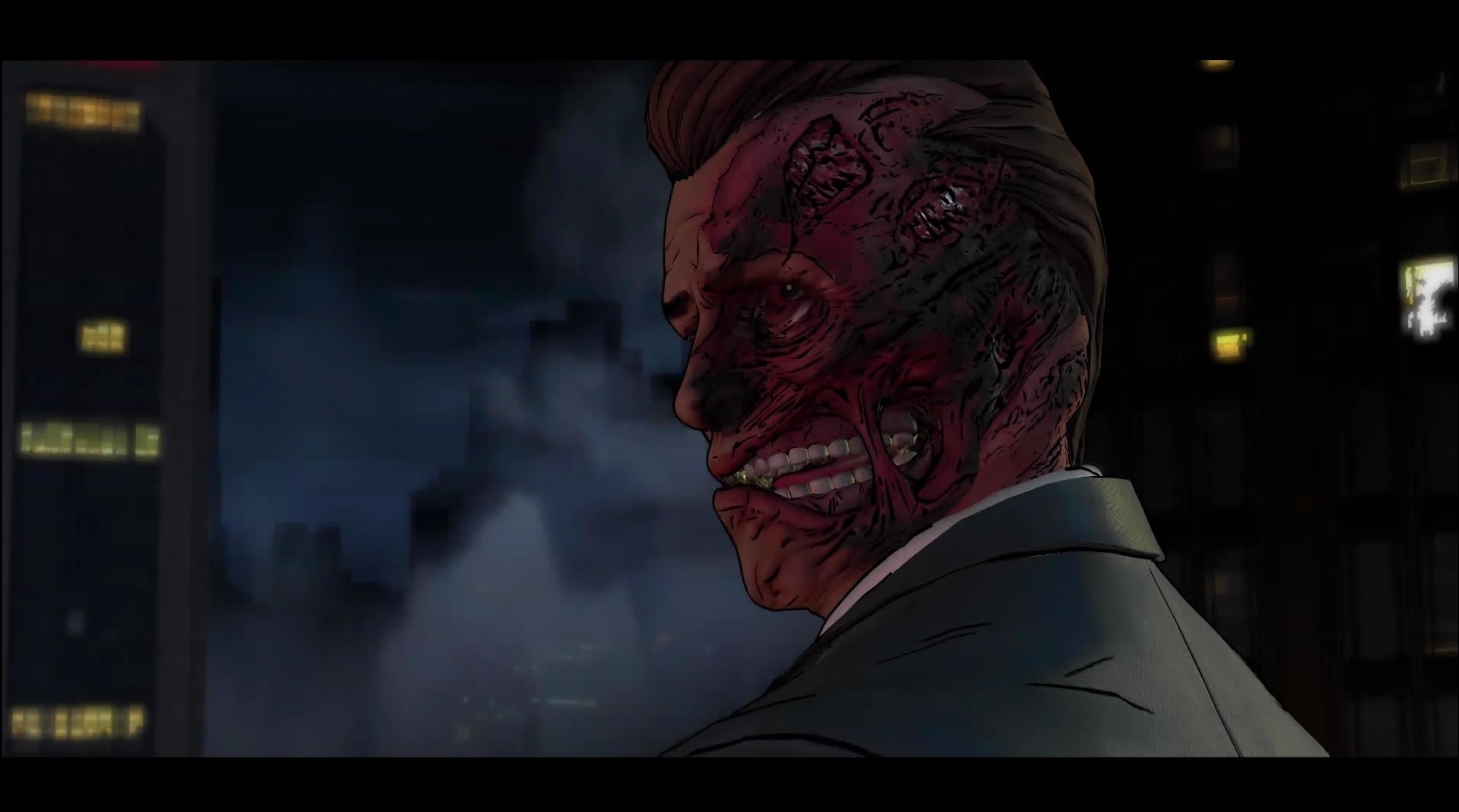 After this players are quickly given a small number of developments with a simplistic reveal and while it might give a bit of insight into Lady Arkham’s past the story moves along at a brisk pace making this feel like one of the shortest episodes of the release despite the actual time saying otherwise. This is primarily due to how quickly events take a turn after the aforementioned reveal that places players once again in the shoes of either Bruce or Batman though no matter how you choose to handle this situation; the end result is mostly the same though handling things as Bruce does lead to a far more interesting and nuanced development for other characters.

Perhaps more than ever a player’s final choice in this episode might have the most impact of the entire season so far. So much in fact that it I would recommend creating an extra save file simply to see how things might play out in the fifth episode because depending on how you handle this situation, players will find themselves in a highly different place and with so many questions still left unanswered and the story leaving Bruce reeling it will be incredibly interesting to see just how things play out in this upcoming finale.

Batman: The Telltale Series – Guardian of Gotham makes use of the same type of playstyle that fans of the series are familiar with at this point. There is a small of exploration that allow the player to examine various things and interact with characters, the return of the crime investigation mechanics that see Batman linking various pieces of evidence in an effort to recreate a crime scene, and of course plenty of quick time based fighting sequences. 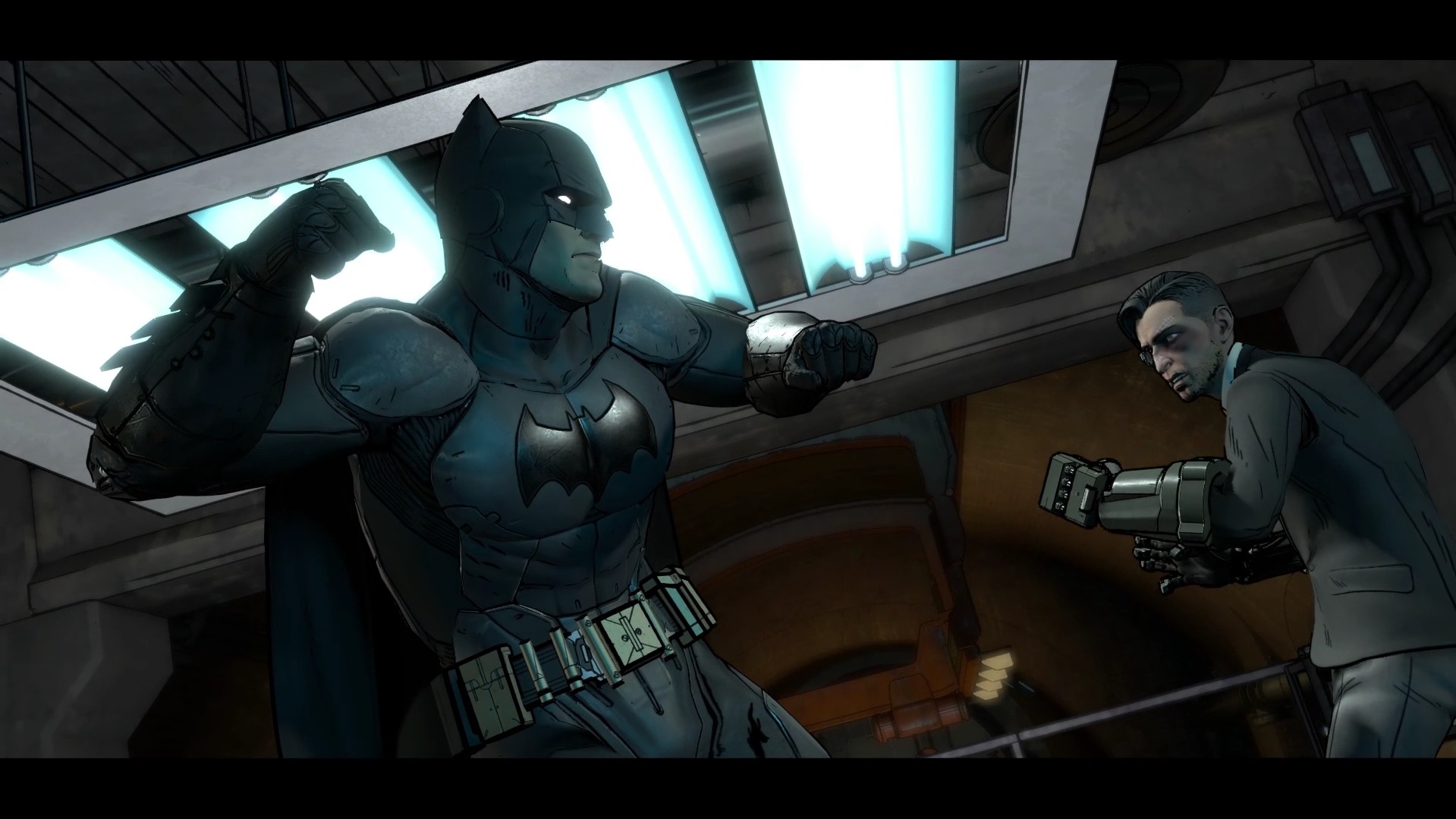 Thanks to a certain event taking place at the same time of these fights, players will find that Batman’s style of combat is far more limited this time around and this leads to quite a few interesting action sequences that will keep players on the edge of their seat depending on how they progress the story.

Players will see a handful of new locations this time through and though the character designs of many of the new characters seen in Arkham are worthy of praise, especially “John Doe,” the actual area itself is designed in a sparse manner that is unimpressive. Outside the asylum there are a number of well-designed looking scenes and the aforementioned combat sequences remain a real treat. 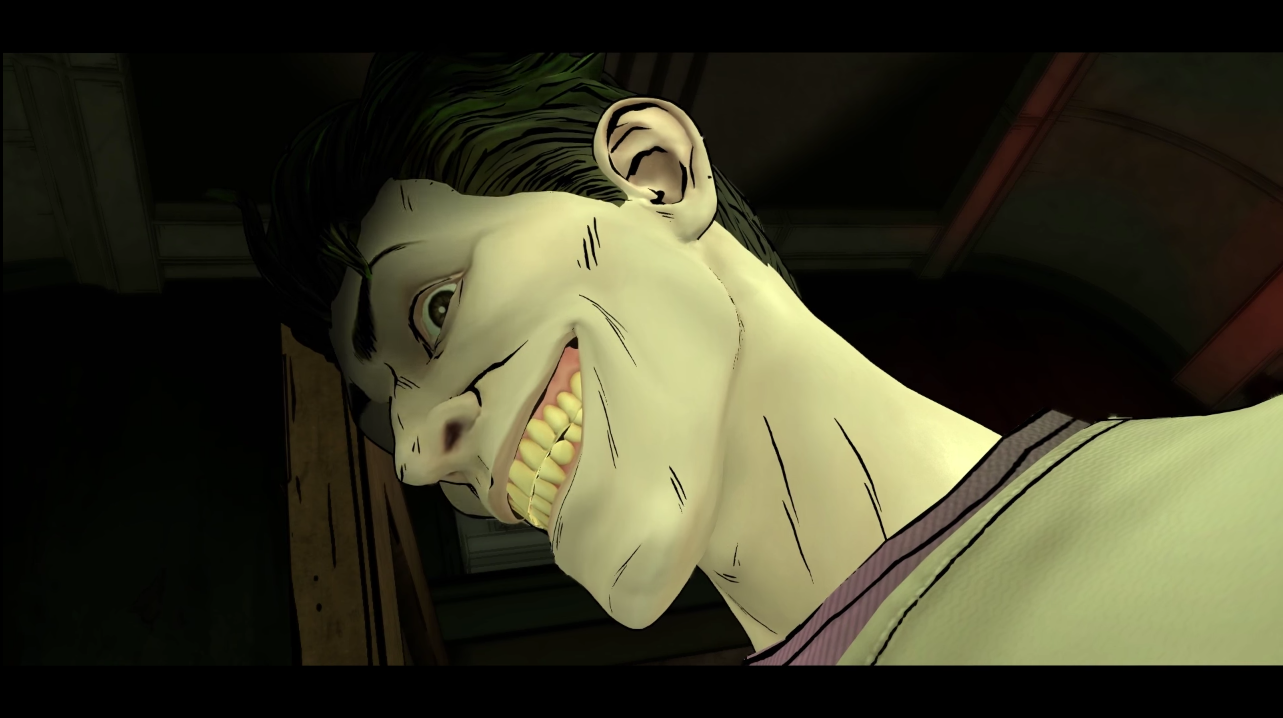 The voice work this time around is handled fairly predictably with the returning voice actors handling their roles well while the voice actor cast for “John Doe” fits the role perfectly.

Due to poor pacing issues and the lack of major developments until the very end, this fourth episode feels as if it was delivered as more of a teaser for other possible future elements more than deal with the current problems. That being said, with only one episode to go Telltale Games has definitely left players with a major cliffhanger but thanks to the way things have been handled in Guardians of Gotham, it feels like it will be quite challenging to wrap everything up in a single episode.

The penultimate episode of Batman: The Telltale Series’s first season leaves quite a bit to be desired in terms of pacing and actual development but leaves players off with a great cliffhanger and a solid amount of action.
6.5