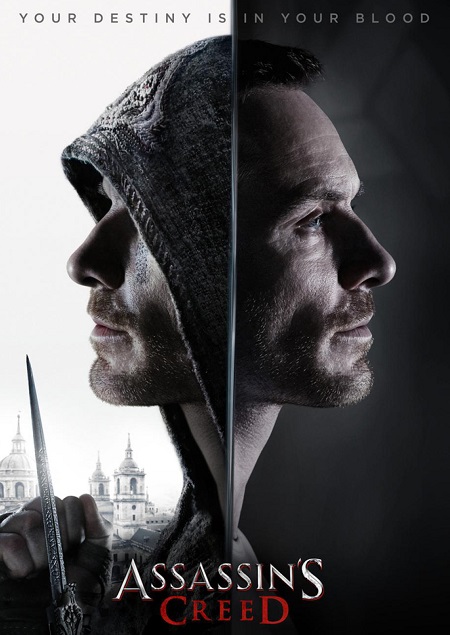 Assassin’s Creed is a gaming franchise which has taken the gaming world by storm. When one thinks of mainstream, AAA, big-budget games, one can only look at Ubisoft’s quasi-historical, quasi-science fiction series. It’s big, and it’s now branching onto the silver screen with Ubisoft itself forming a new division in their company to help produce the cinematic entries into the franchise.

Video game films are often described as acting under a curse by which their very nature as an adaption from a video game works against them. Ubisoft, however, proudly proclaimed that their film will overcome this curse and set the stage for a new cinematic foray for the Assassin’s Creed franchise. Did they succeed? Read on. 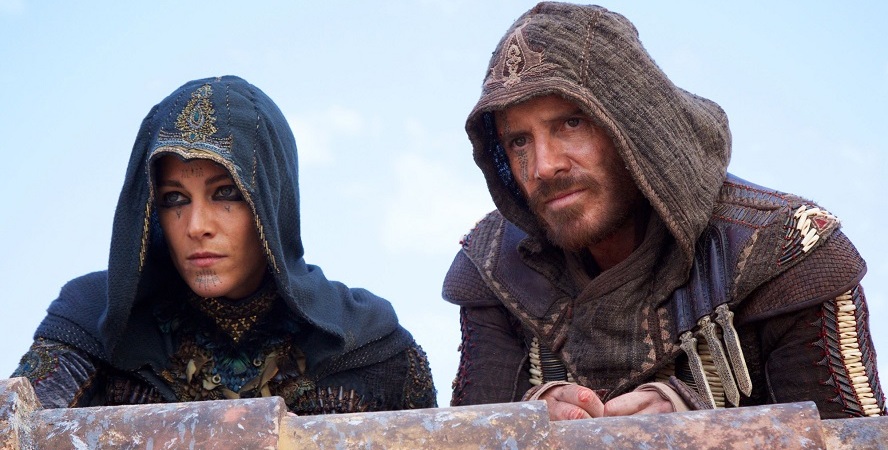 The film opens up with the initiation of Medieval Spanish Assassin Aguilar De Nerha (Michael Fassbender) as he swears his life to protect and serve the Creed. After this the film jumps forward into the modern day and right into the troubled childhood of Callum Lynch (also Michael Fassbender) as he witnesses the immediate aftermath of his mother’s murder at the hands of his father. The film jumps forward once again to the day of Callum’s execution where he is whisked away by mysterious benefactors. Callum then wakes up in an Abstergo research facility, where he is forced to enter into an animus and relive the memories of his ancestor, Aguilar, in order to find an ancient artifact known as ‘the Apple’. The film jumps between the perspectives of Aguilar and Callum as they learn and fight for the creed. 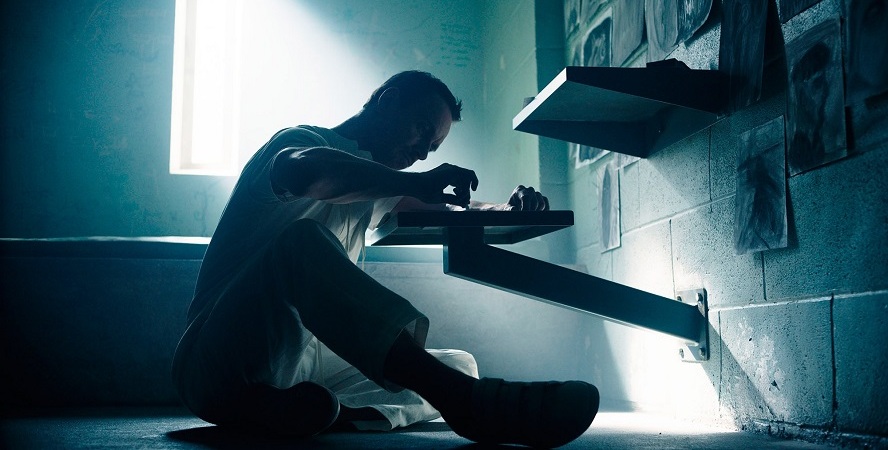 To say that the pacing of the story was all over the place does not do justice to the narrative parkour which this film engages in. My companion for the evening was so unengaged by the film’s plot that he largely abandoned spectatorship in favour of making pained expressions at me whenever the film delivered a particularly cringe worthy line or moment. I dispatched with him quickly, as he was no doubt a Templar plant, but ultimately I do have to agree: the film’s plot is almost pointless. The first act can pretty much be done away with entirely as so much of the detail that was put into it turns out to be completely extraneous to any of the main plot.

There are no characters for the actors to inhabit as too often the personas they depict make decisions and perform actions which appear to be completely out of synch with previously established traits, relationships, and even emotional state. The emotional beats that the characters constantly jump from and to, ostensibly in order to advance the plot, essentially makes it seem that they all have quite severe cases of some manner of emotional disorder. It’s pretty much impossible for anyone to connect with these characters as there really isn’t anything much which you can connect with. 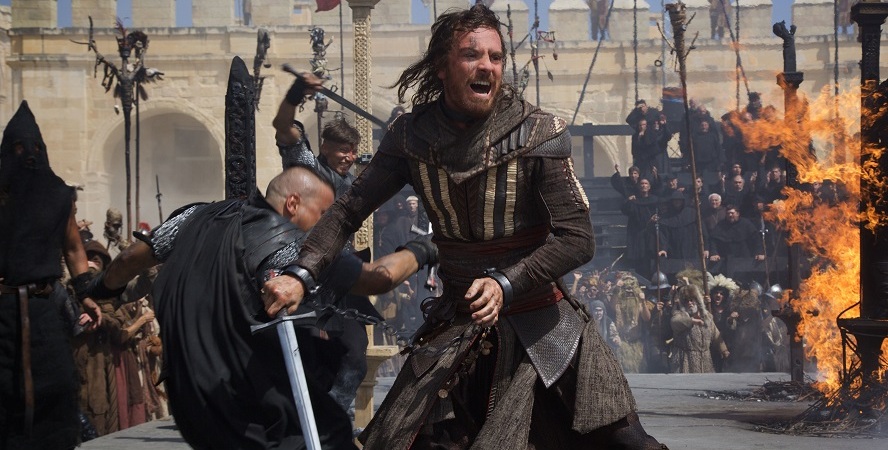 I feel that the film tried too hard to hedge its bets by sticking too closely to the game’s canon. Too many times, there were moments where the film would vainly attempt to approach some aspect of the game’s lore but then fail in adequately explaining it. For fans this shouldn’t be a problem to keep up with the story, but for any lay people it is going to be a confusing and muddled experience to go through. This has been said before by other authors but, the same narrative you find in a game cannot be simply translated to film simply due to the vast difference between in material which each can cover. This film would have much better to have chosen one aspect or perspective of the Assassin’s Creed universe and explored it thoroughly rather than attempting to cover all the beats it did. For fans, it will come across as shallow fan service and for lay people, it will be completely nonsensical.

I feel that the film’s greatest flaw is that it chooses not to commit to any aspect of itself. As an example, there is a scene where other prisoners of the Abstergo facility attempt to warn Callum of the danger of the Apple through very guarded, almost surreal code. This only lasts for one scene and ultimately bears no effect on the plot or its trajectory. Another example is that the film never shows us a completed ‘leap of faith’ from start to finish. It always cut away from showing the audience the landing into a conveniently placed hay bale. If the film could not commit to even showing a signature moment from the game then, of course, it cannot hope to capture the spirit of what drew the game its audience in the first place. 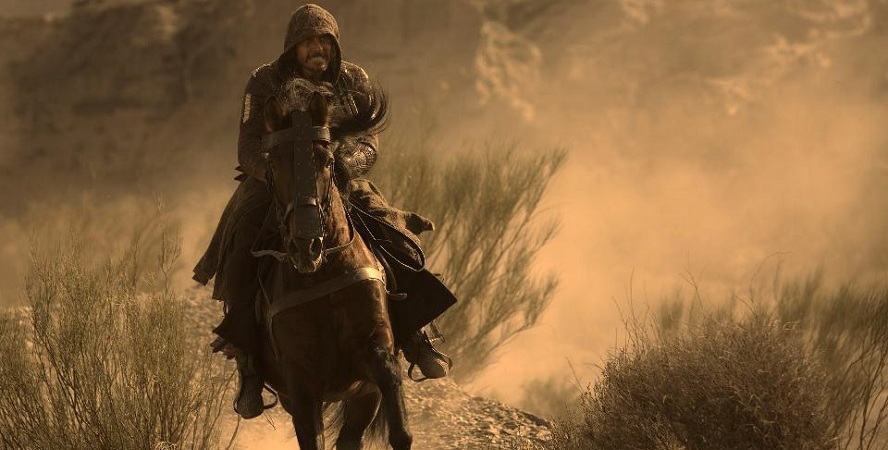 The film’s editing and visual direction were almost completely off-kilter with lots of decisions that I felt made no sense. The film has a habit of providing us with sweeping panoramic establishing of various locations both in the past and present. This may be an attempt at an homage to the original games wherein when the player would climb to the top of some landmark would be treated to a sweeping panorama of the surrounding area as a reward for a job well done. It ultimately serves no purpose in the confines of the film however as it is done too frequently and only takes us away from the action.

Inversely, the action sequences are completely undermined by the rapid editing and close-ups of the characters. We lose all track of time as we see characters fight their way through a number of, admittedly, very well-choreographed fight sequences which we ultimately cannot enjoy as we lose all track of space and speed. Rapid cuts can help reinforce an action film’s fast sense of pace but here it just works to disengage its audience.

The scenes with the animus were repeated far too often and become both visually and narratively boring. Originally, I thought the design of the animus looked cool from all the trailers I had seen. It looked like an actually feasible design for a machine which effectively serves as a vehicle to explore genetic memory with more than a few cues taken from designs of virtual reality machines. Unfortunately, its novelty wore off quickly and did not really

The film’s soundtrack is perhaps the one element which was largely solid in this piece of cinema. Most of the time, it serves to punctuate the mood or reinforce the change in location. There is some Arabic influence present, especially when the scene features Aguilar or is set in a Historical Spanish location. Nothing particularly stood out, either good or bad, and honestly that’s a point in its favour. 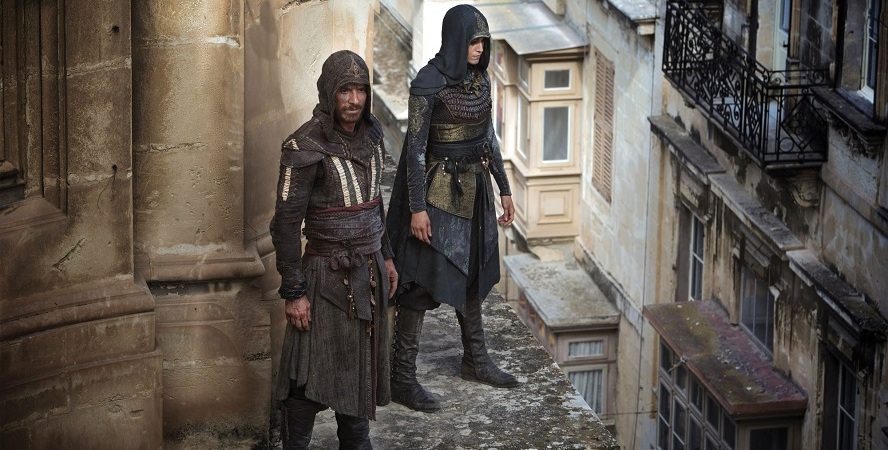 This film, on reflection, ultimately had little to no redeeming qualities available to it. The story lacks focus and ultimately is unable to create any sort of emotional engagement. The visual direction is almost entirely wrong and I cannot fathom just how badly the director could mess things up. The soundtrack, at least, is competent in working as a background accompaniment to the film. The curse of terrible video game films has still not been lifted. Feel free to stay home.
Capsule Computers review guidelines can be found here.

Assassin's Creed is a thorough mistake of a film with little to no redeeming features.
2