With Wolfenstein: Youngblood set to be released in under a month there was little that Bethesda and developer MachineGames could show for the game beyond debuting a brand new trailer for the game during their E3 press conference which can be found below. Set to be released on July 26th for the PlayStation 4, Xbox One, Nintendo Switch, and PC Wolfenstein: Youngblood places players in the boots of one of BJ Blazkowicz’s twin daughters.

BJ Blazkowicz, hero of the second American Revolution, is missing. Nineteen years after the events of Wolfenstein II: The New Colossus, BJ has disappeared after a mission into Nazi-occupied Paris. Now, after years of training and guidance from their battle-hardened father, BJ’s twin daughters Jess and Soph are forced into action. Team up with a new cast of freedom fighters and brave the unsettling sights and sounds of twisted, alternate reality 1980s Paris. 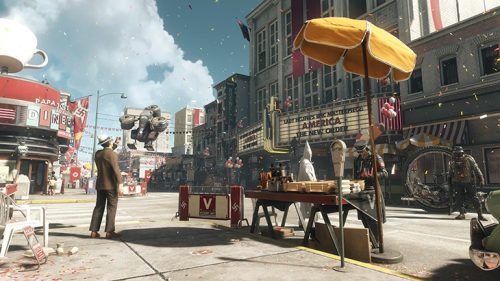