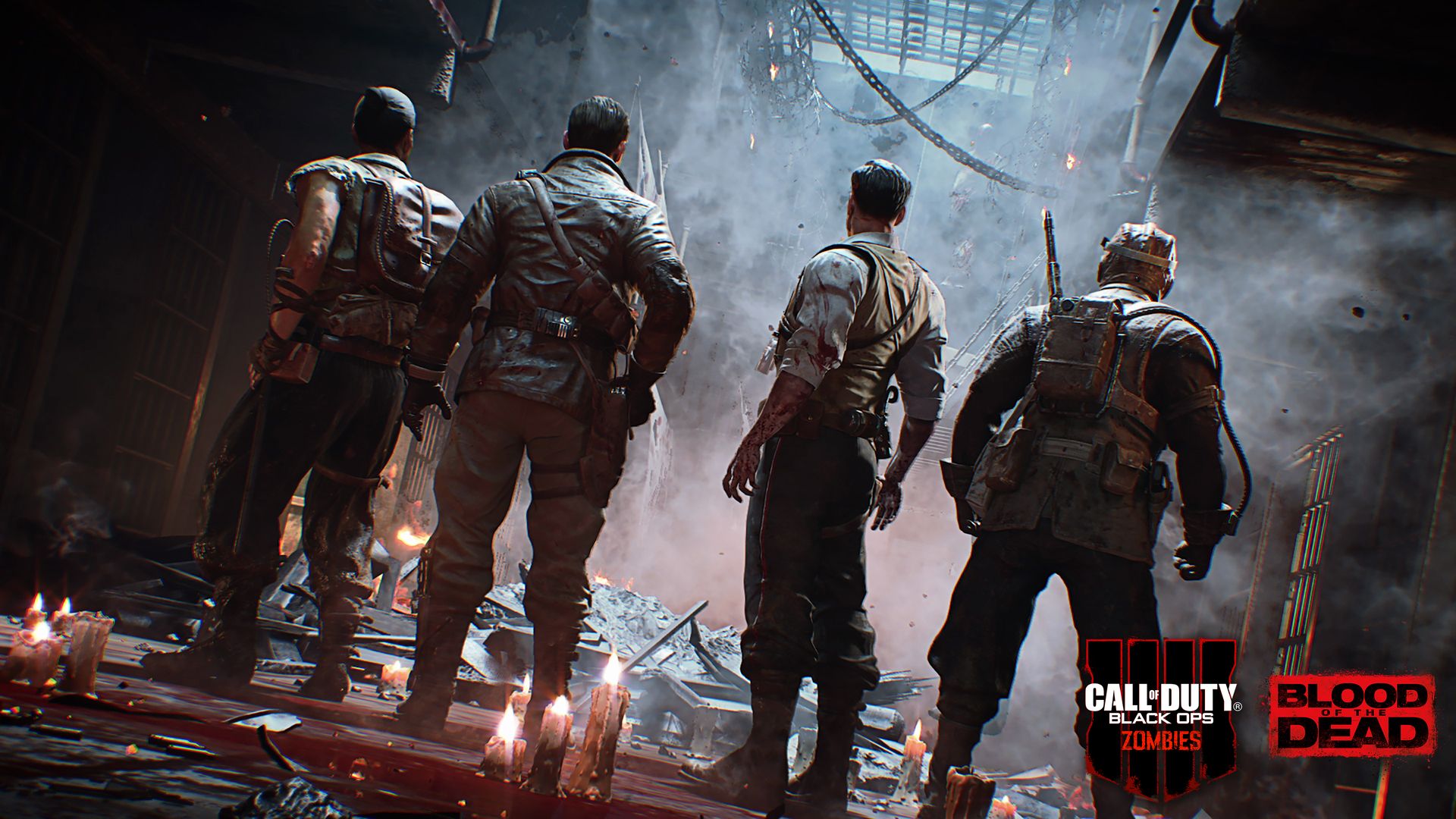 The traditional multiplayer mode is set between Black Ops 2 and 3. The multiplayer component lets players explore the back stories of their favourite specialists in Black Ops 3. The old wallruns and thrust jumps are gone, returning the series to its ground-based infantry roots. The game still uses a faster movement system compared to WWII, with tools like grappling hooks allowing players to navigate around the map quickly. Additionally, the score system is being revamped to put reward points for working as a team, encouraging deadly combos like players taking cover behind an assaulter wielding a ballistic shield.

The zombie mode is celebrating its tenth anniversary with three separate maps called experiences, each with its own story and heroes. The first experience is entitled “Voyage of Despair.” Its four heroes are trapped on the Titanic after a heist goes horribly wrong. The artifact the team was meant to steal is destroyed, turning all the humans on board into the living dead. Now, the team must fight for their lives in hopes of getting off the ship and discovering the mystery behind the artifact.

“IX” is set in ancient Rome. Our four heroes from “Voyage of Despair” track down the now destroyed artifacts roots to a group of masked cultists. The team is transported into the bodies of gladiators in the Colosseum to witness slaves being turned into zombies with the very same artifact. They will need to hold out against waves of zombie hordes for the viewing pleasure of the masked audience. Due to its ancient setting, it appears this will be a melee-centric experience, with players wielding axes and swords from ancient Rome and Britain.

The final experience is “Blood of the Dead.” This one has the least amount of details due to its short trailer. All we know is the team from “Mob of the Dead” is making its return.

Finally, a brand new mode is coming to the Call of Duty franchise. Activision is wading into the battle royale craze that is sweeping the industry with the new Blackout mode. Players will be able to play iconic characters and weapons from the entire Black Ops franchise and wade into a giant map, with areas of maps inspired by beloved multiplayer maps. The maps will be fully equipped with land, sea, and air vehicles to help players navigate.

Treyarch also announced that Beenox has been brought on board to assist with the PC version of Call of Duty: Black Ops 4. The partnership will allow for more resources to meet PC gamers’ requirements for high quality PC port. The PC version will support 4K resolution, uncapped framerates, ultrawide monitors, HDR, and the full set of graphic customization options.

Rumours of the PC version of Call of Duty: Black Ops 4 being a Battle.net exclusive has been flying around for weeks. The rumour was based on supposedly leaked screenshots of Black Ops 4 on the Battle.net launcher. The rumours given further strength by Activision’s previous decision to make Destiny 2 a Battle.net exclusive on the PC. While some PC gamers were keeping hopes up for a Steam release, Activision announced today that the rumours are true.

While Activision did not share the exact reasons behind the decision, money is likely the the main force in the decision. Treyarch can use Battle.net’s existing infrastructure and expertise instead of dealing with the networking in-house. More importantly, Activision does not have to give Valve a cut of the sales on Steam by restricting sales of Call of Duty: Black Ops 4 to a platform Activision already owns. EA has taken similar actions with Origin. Ubisoft is now the last of the big three publishers still releasing its major titles on Steam. Ubisoft releases all its games on its own Uplay launcher, but still sells its Uplay titles on Steam at the same time.