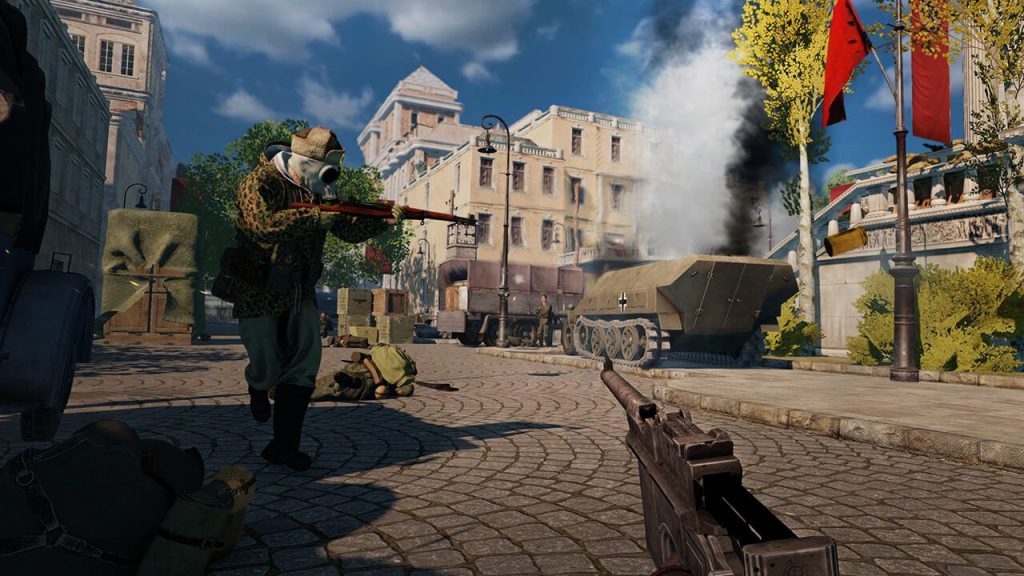 Starbreeze Publishing and Lion Game Lion has launched Raid: World War II on Steam today. The development team is led by Ilija Petrusic, the former co-founders of Overkill Software and the lead level designer for Payday 2. Raid: World War II is a FPS that stars a team of four former prisoners of war from the US, the UK, Germany, and the Soviet Union. The team were all rescued by the mysterious Mrs. White of British Intelligence and have now been tasked with wreaking havoc upon the Nazis back lines by any means possible.

Players will be able to choose between Recon, Assault, Insurgent, or Demolition classes for their character. Each class has their own skill tree and war cry buff. Players will also be able to pick weapons, from traditional mainstays of World War II to highly experimental weapons, and mod them with a variety of upgrades. The game costs $39.99 USD on Steam. Owners of Payday 2 will a 10% discount if they buy the game before October 31st. The PlayStation 4 and Xbox One release of RAID: World War II is scheduled for October 10th in the Americas and October 13 for the rest of the world.