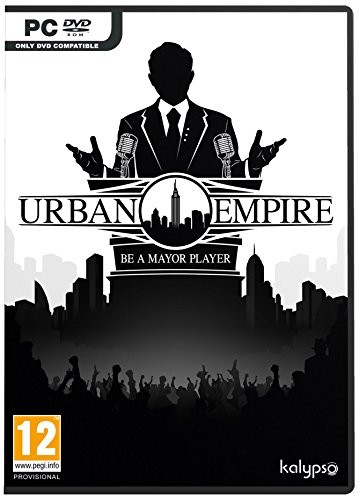 Finnish indie developers Reborn Interactive is putting a new twist on the classic city building genre with their new game Urban Empire. The game makes the players mayor of a city in Swarelia; a fictional area in the Austro-Hungarian Empire. Players will need to maneuver the shark-laden waters of city council to build their city and elevate the city to greatness. 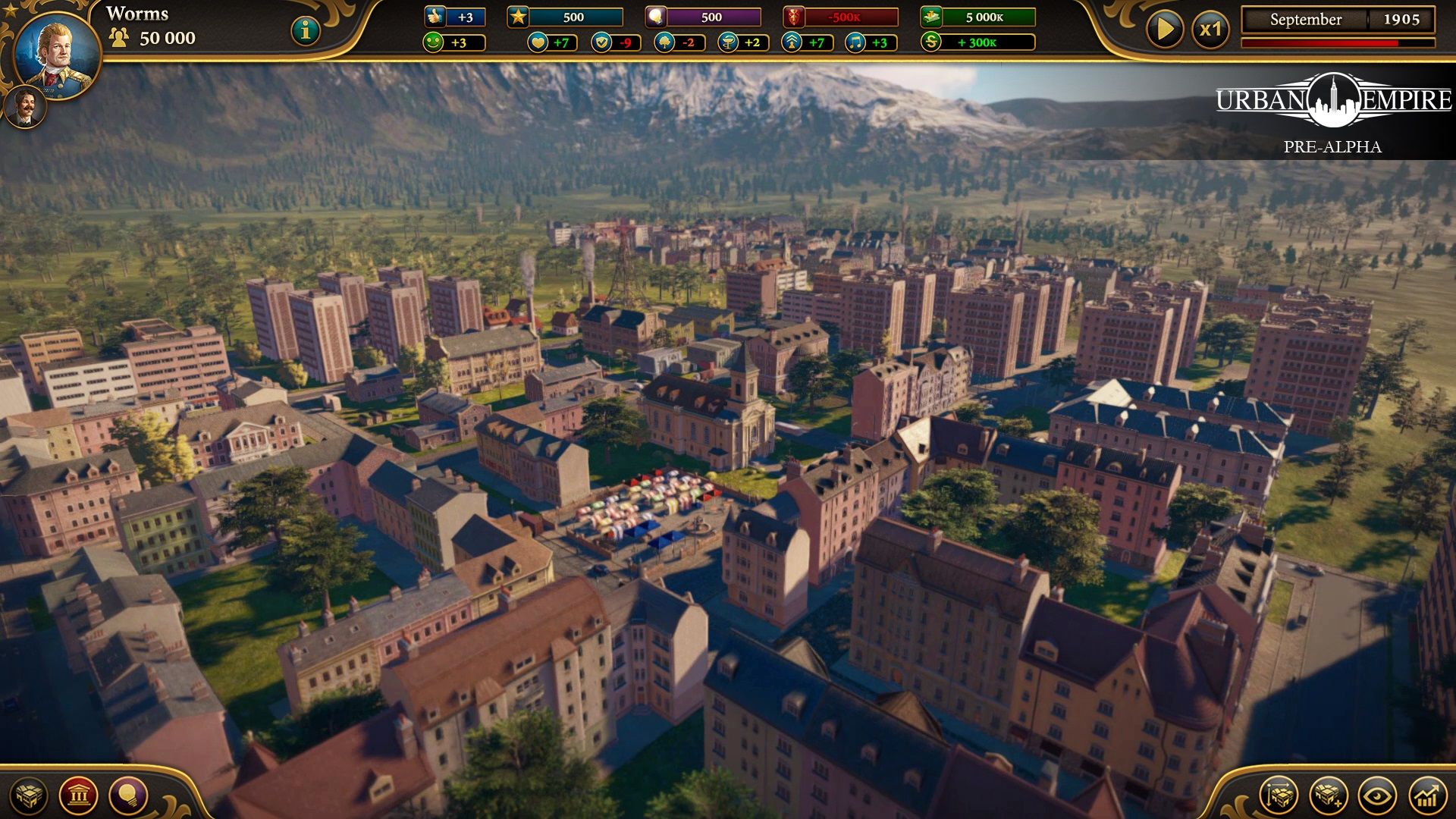 City builders are not exactly known for their storylines beyond the game’s meta, but Urban Empire is surprisingly rich in plot. There are four families chosen by the Emperor of the Austro-Hungarian Empire to lead the brand new city in Swarelia, each one with their own background and political beliefs. As time progresses in game, players will navigate both the political and personal lives of each character, before passing their title on to their chosen heir in the next era. Over time, I found myself becoming a little attached to my chosen ruling family as their drama unfolded. Unlike the campaign that sprawls from the 1820s to present day, the scenarios focus on a single era with its own little back story.

In addition to the ruling family and scenario stories, Urban Empire slips in some excellent writing that would normally go under the radar. Newspapers pop up as time progresses with headlines about the latest political events in game, but also historical headlines. In a nod to Civillization, Urban Empire has selected some great quotes to feature in their technology tree. 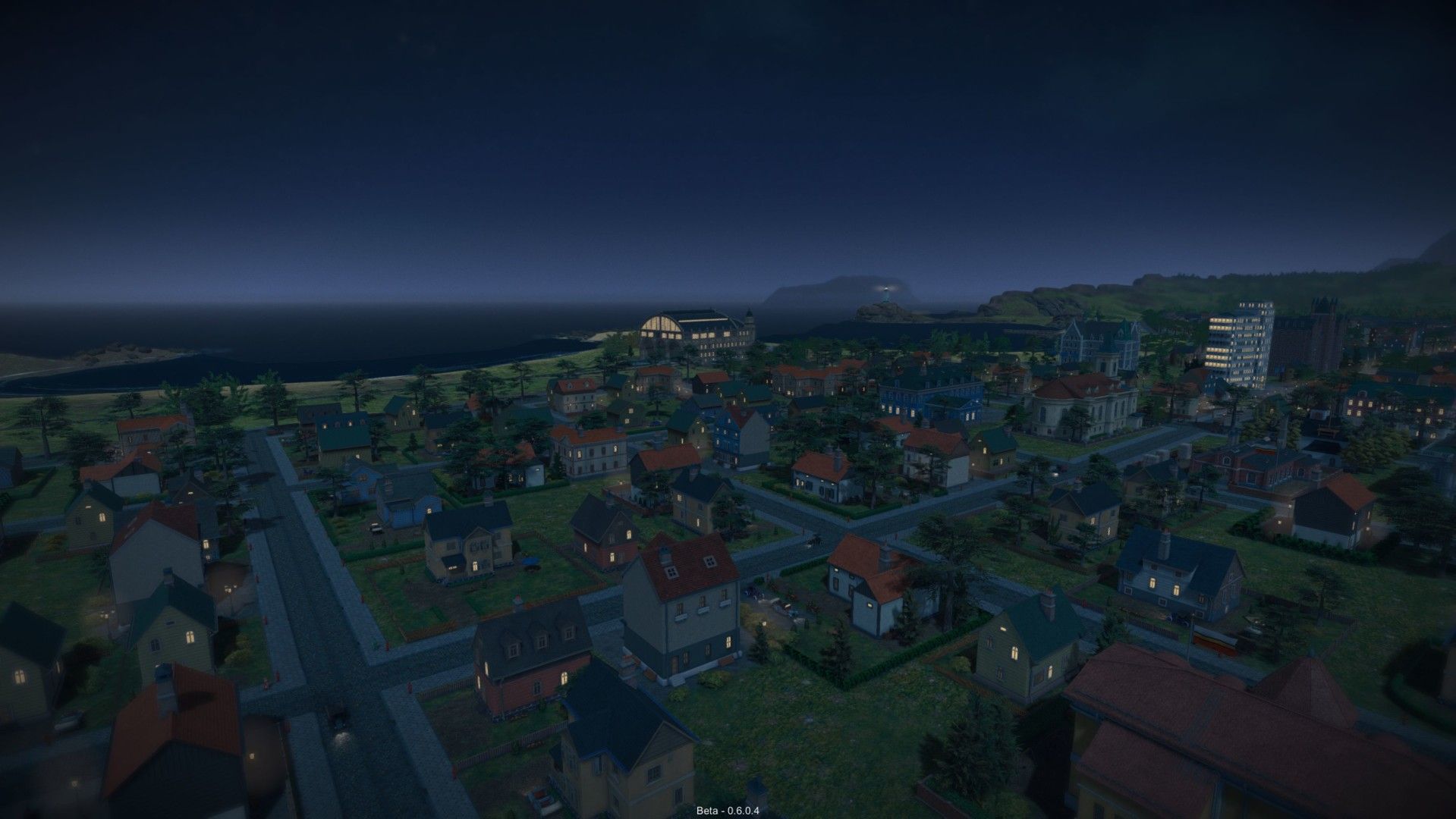 Urban Empire uses a more hands off approach when it comes to city building. The game feels a lot closer to the likes of Sim City than Kalypso’s other city builder Tropico. The basic building block of the city are districts. Each district has its own balance of residential, commercial, and industrial zoning along with any optional infrastructure, institutions, and services. On top of general city expenses, each district has its own set of expenses that are offset from personal taxes, business taxes, and edicts. To get a city running well in Urban Empire, players will need to ensure citizens are happy and healthy by providing enough services, keeping the budget balanced, upgrading infrastructure, and issuing edicts to improve their quality of life.

Of course, city building would be a lot easier if the player behaved more like a dictator as in most city builders (or quite literally in Kalypso’s other city building series Tropico).  In Urban Empire, players must manage city council and its political machinations just as much as the city itself. The only thing the player seems to be directly in control of is what to do about their own personal affairs and what innovations their city should research. With a few exceptions where players can use their personal wealth to build what they wish, every decision must be put to a vote to the democratically elected city council. Traditionally, politics is seen as a right/left divide, with conservatives on the right and liberals on the left. Urban Empire opts for a more realistic four way system, splitting social and moral values between conservatives and liberals. Economic values is listed as the traditional right/left divide. A party can believe in liberal moral values, but be staunchly conservative when it comes to the economy. 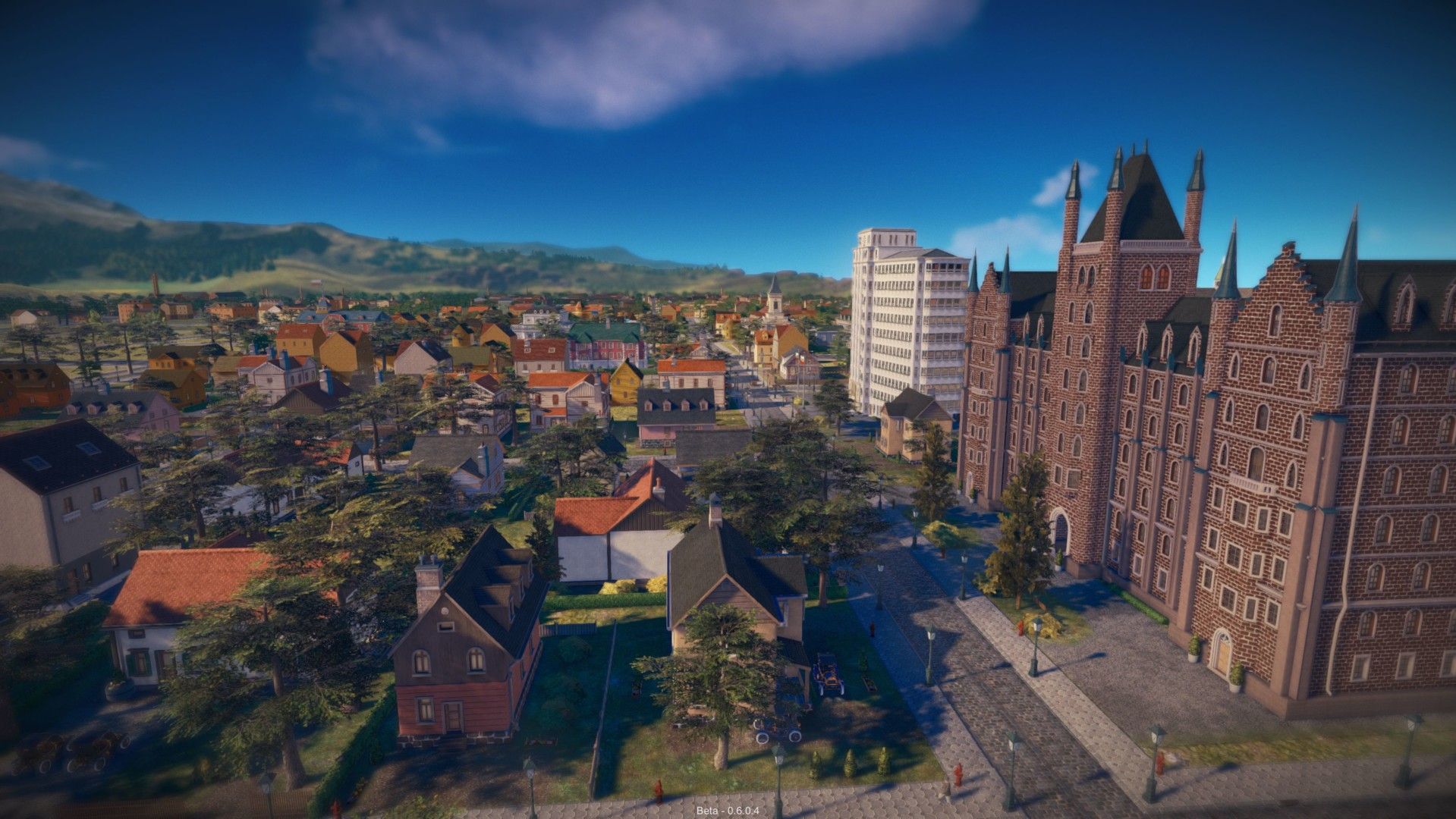 As mayor, players must manage their own approval ratings and prestige with all types of voters and their relationships with the parties in city council. The relationship with the parties on city council will need to be leveraged in a variety of ways to ensure that a proposal you support will pass through city council. Players are able to make appeals to members of city council through pleading, demanding, threatening, or using negative information discovered through spying against political parties to force them to support your views. Of course, a lot of these actions are only helpful in the short term. Dealing with pesky parties takes a little more long term planning, such as issuing edicts that will ensure the growth of certain sectors that normally support friendly parties and working towards limiting the number of hostile party members elected to city council. To make things even more challenging, the political landscape changes along with the eras. Parties and political movements come and go as the historical and technological landscape changes, ensuring that players are constantly jostling around to ensure power in city council. 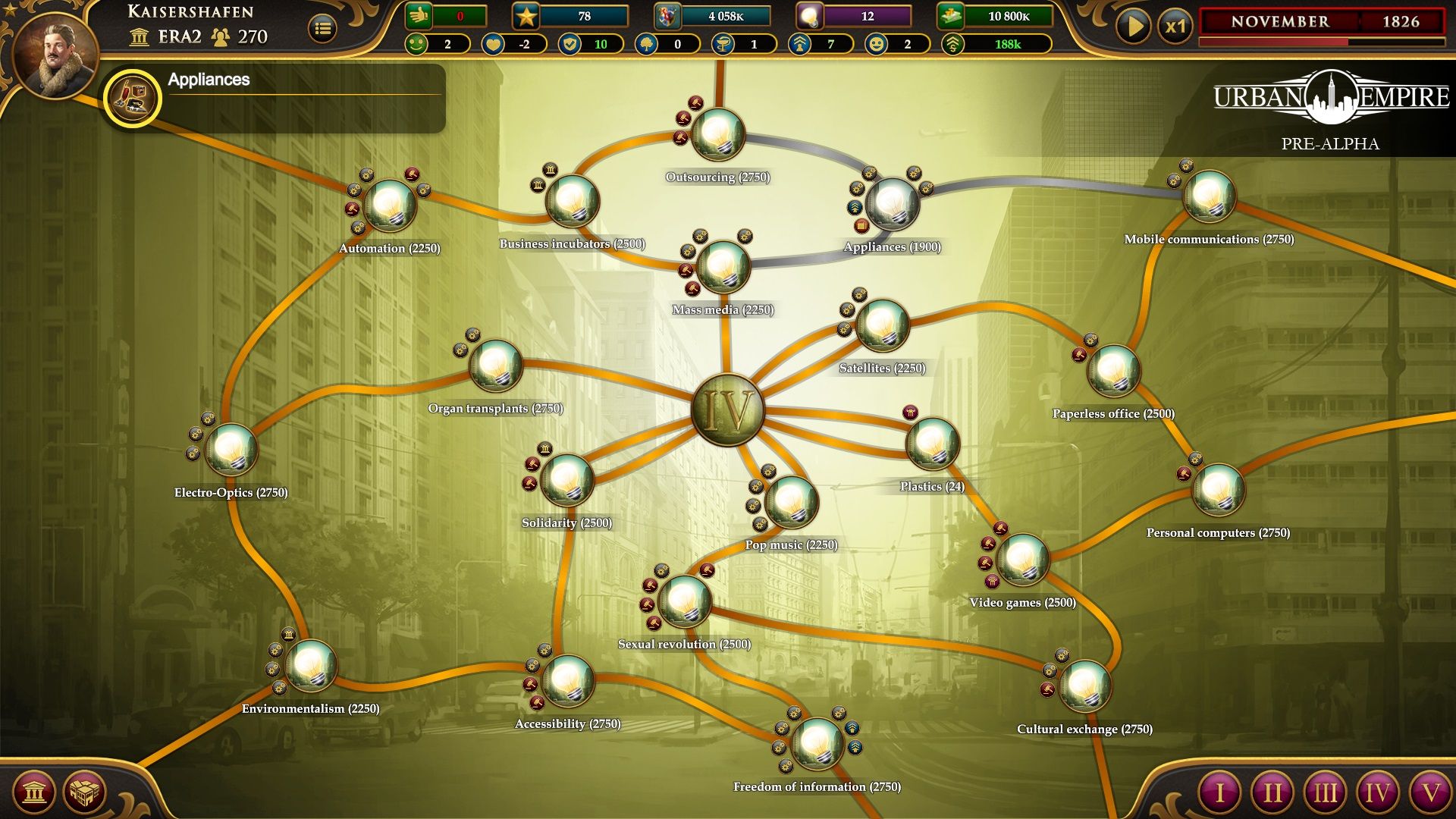 Urban Empire’s initial learning curve is pretty low, but mastering the game’s intricacies will take some time. The optional tutorial is built right into the game and will take players through the essential steps of building their city and then let them continue on their own. The tutorial style works well for a game like Urban Empire, but I think the level of documentation could be better. There are a lot of helpful tool tips in the game, but I believe a proper encyclopedia or help documentation that can be accessed at any time would be of great benefit.

Urban Empire has a solid audio/visual presentation. There is no voice acting, but the sound effects are enjoyable. The soundtrack is excellent, striking the right tone for a city builder: epic in scale without being too energetic. The user interface is pleasant and is easy to navigate. While the graphic quality is not the most bleeding edge quality that will cripple the most powerful of rigs, the game still looks very good. 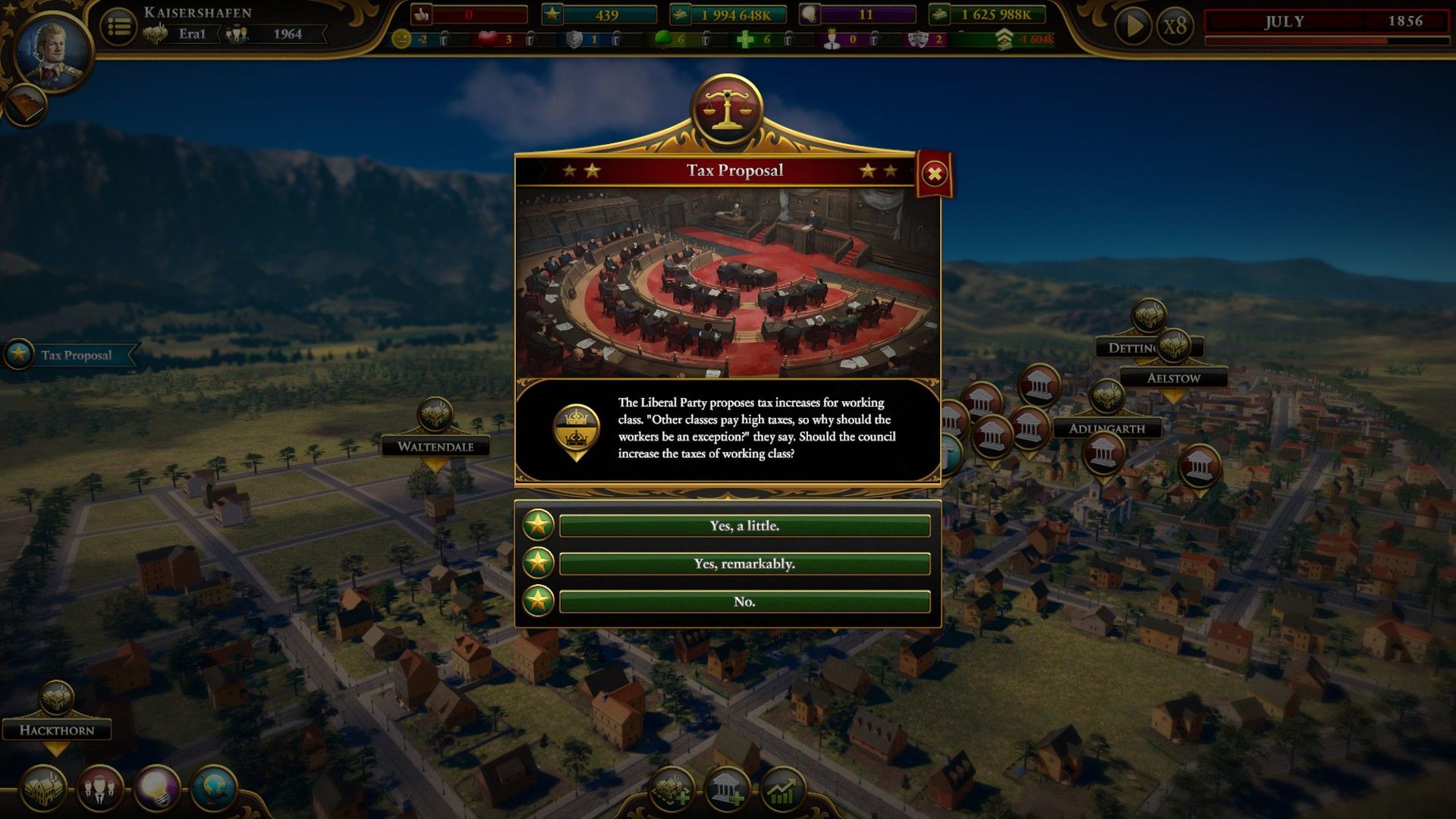 I think Reborn Interactive has a great concept on their hands. The city building is a touch simple on its own, but the political system gives the game the right amount of complexity. Reborn Interactive seems to be on the right track towards releasing an excellent city sim title.