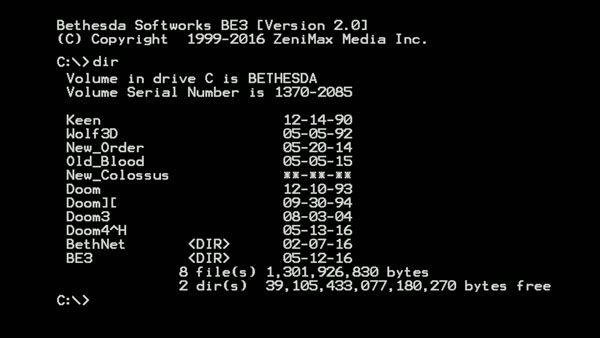 Bethesda opened up their E3 2016 press conference with a bit of a teaser that very few people caught onto right away. As you’ll see above, the teaser comes in the form of a command prompt screen with various games and events showing a release date with one noticeable title that only has stars in the release date section. That happens to be what will likely be a new game in the Wolfenstein series, Wolfenstein: The New Colossus.

Of course, Bethesda did not officially announce anything for the Wolfenstein series during the event but we can likely expect some sort of announcement by QuakeCon.

To Hell And Back: Staying Alive in DOOM Eternal