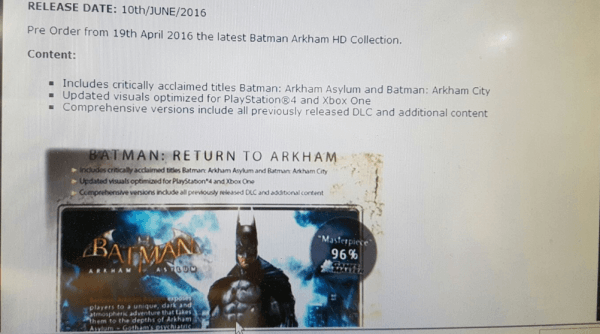 It seems that a Batman: Arkham HD Collection is going to be announced within the next twenty four hours or at least sometime in the immediate future if Eurogamer‘s information is correct. The info comes in the form of an employee who has received information stating that pre-orders for the game will go live on April 19th and that the game will be released for the PlayStation 4 and Xbox One on June 10th.

Considering the third game in the trilogy is already available on these consoles, the HD collection will include Batman: Arkham Asylum and Batman: Arkham City, making it so those who wanted to wait for Batman: Arkham Origins are out of luck. As usual, take this information with a grain of salt as we will have to wait and see what Warner Bros. has to say over the next few days. 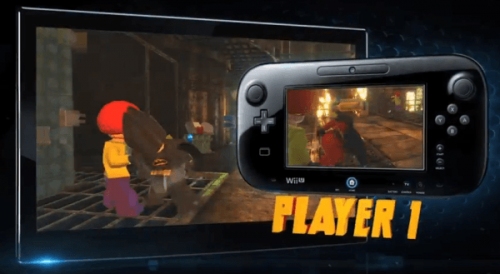