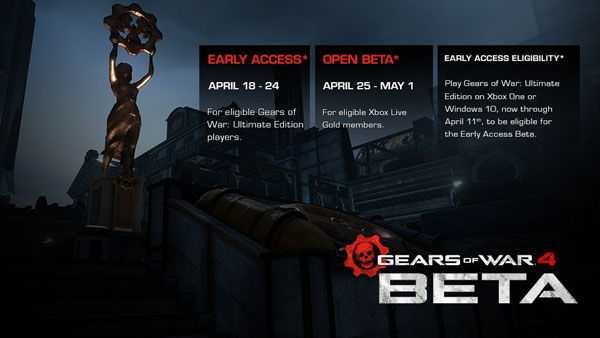 Microsoft and The Coalition have announced that they plan on launching the Gears of War 4 early access beta that will be available for everyone who owns a copy of Gears of War: Ultimate Edition on April 18th and run to April 24th. For everyone else the beta will open up to everyone, at least those who have Xbox Live Gold, on April 25th and will run through May 1st.

During the Gears of War 4 beta players will be able to check out the game’s Versus multiplayer modes. Currently Gears of War 4 does not have a set release date but Microsoft is planning on releasing the title this holiday season.