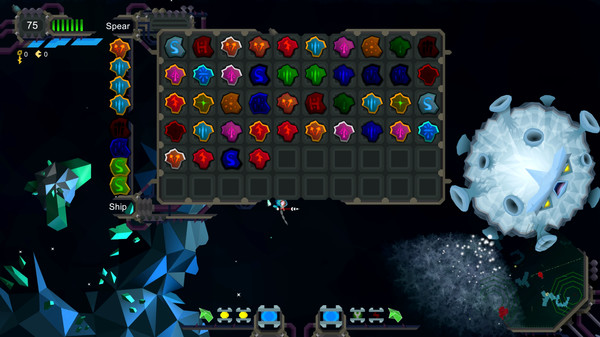 Only a few months after their successful Kickstarter campaign, Blacksea Odyssey is launching on Steam Early Access. The developers have set an ambitious once a week update schedule for three months along with a livestream of development every day from 12-2 PM at their Twitch channel. The initial v0.4.5 build will start with two biomes; more than 40 enemies, with at least ten being their signature massive bosses; and over a hundred runes to equip. The game can be found on Steam and runs on Linux, Mac, and Windows.

Blacksea Odyssey is a top down shooter that will challenge gamers with its steep learning curve, procedurally generated levels, and rogue-like mechanics. Players will guide the Old Man through the epic Blacksea Odyssey competition in hopes of winning a chance to do battle with the Titan of the Stars. To get there, the Old Man will have go toe to toe against giant bosses that fill the screen.