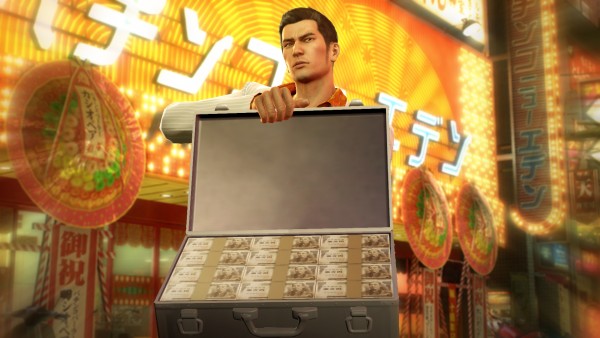 Fans of the Yakuza series have a couple of reasons to celebrate. First and foremost Sega has announced that the long awaited release of Yakuza 5 is set for next week as the title will be released on December 8th in North America and Europe through the PlayStation Store. However the biggest news happens to be the announcement that Sega is continuing to support the Yakuza series in the West by announcing that Yakuza 0 is going to be released in North America and Europe where it will be available both physically and digitally.

Currently no release window for Yakuza 0 has been given but Sega has provided the below rundown of the story:

We’re bringing the back the 1980s by localizing and releasing Yakuza 0 in the Americas. Set in Tokyo, December 1988, players will have a chance to see where it all started for series protagonist Kazuma Kiryu. Follow Kiryu, not yet the Dragon of Dojima, as he tries to regain his honor after getting blamed for a botched debt collection that ended in murder. Additionally, for the first time in a numbered game, gamers will be able to play as Goro Majima, the Mad Dog of Shimano, as he tries to rejoin his clan. Each character will posses their own unique fighting style and abilities that can be utilized to kick some rival Yakuza butt.

In the 1980s, Tokyo was filled with decadence, greed, sin, and above all else, cold hard cash. C.R.E.A.M. is the motto, and everyone wants in on the action. Thankfully Kiryu and Majima are the “entrepreneurial” type and will have plenty of ways to make, spend, and take money.