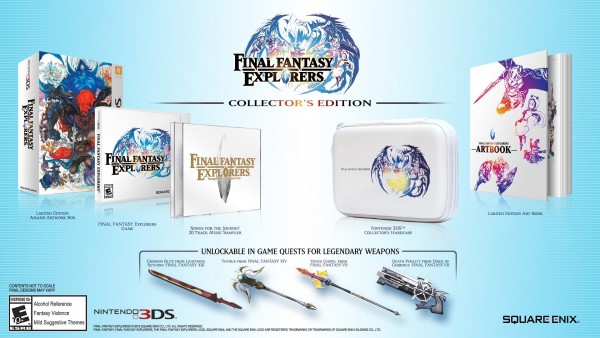 During the latest Nintendo Direct Square Enix took the opportunity to announce a special collector’s edition for Final Fantasy Explorers in North America. This $69.99 collector’s edition will be sold along the normal version of the game when it is released in North America on January 26th and will include a number of bonus items that will help players in their fight.

Many of the bonuses are your standard physical upgrades such as a copy of the game, a limited edition Amano artwork box, a twenty track music sampler called “Songs for the Journey,” a 3DS collector’s hardcase, an art book, and in-game quests for four legendary weapons.