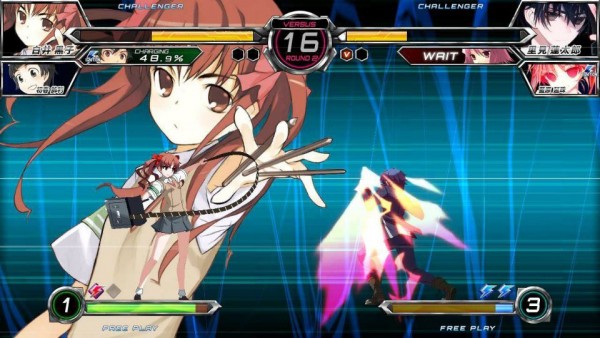 Although the original version of the game just released in North America earlier this week by Sega, the enhanced Dengeki Bunko: Fighting Climax Ignition is still well on its way for release in Japan on December 17th for the PlayStation 4, PlayStation 3, and PlayStation Vita and this week the developers announced that they are adding in A Certain Magical Index/Scientific Railgun’s Kuroko Shirai as a playable fighter character, utilizing her teleportation abilities to defeat opponents and Kazari Uiharu from the same series will also be appearing as a new support character.

These two characters join the already expanded roster of Emi Yusa from The Devil Is a Part-Timer!, Quenser Barbotage from Heavy Object, and Tatsuya Shiba from The Irregular at Magic High School.