Sentai Filmworks recently announced that they acquired the film Hayate the Combat Butler: Heaven Is a Place on Earth. Previse details of the home video release will be revealed soon. Sentai Filmworks describes the film as follows:

When the star-crossed mistress/butler couple take a trip to a secluded vacation retreat, they find themselves trapped in conflicting realities! If it’s not bad enough that Hayate finds himself in a world where Nagi seems to have never existed, Nagi’s having an even less wonderful life, trapped in a mysterious and deadly amusement park of doom!

The film features an original plot written by the original manga author Kenjiro Hata. It is directed by Hideto Komori, who also adapted Hata’s character designs. The screenplay is written by Yasuko Kobayashi, who has also worked on Attack on Titan and Witchblade. The music is composed by Wataru Maeguchi, who has worked on Maid Sama! as well as Hayate the Combat Butler: Cuties and Hayate the Combat Butler: Can’t Take My Eyes Off of You. Manglobe handled the animation production. 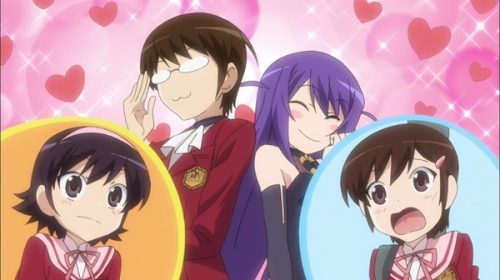