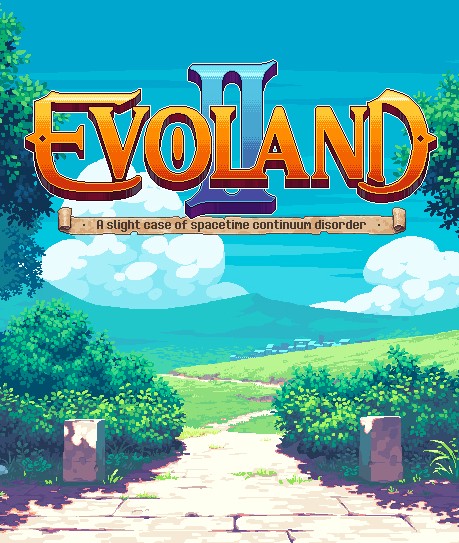 After the commercial success of Evoland, French indie developers Shiro Games were able to push their profits into expanding the development of Evoland 2. The newest title in the genre hopping series will be exploring brand new genres with a new story that is independent of the first game. Player will take on the role of Kuro, a mysterious boy who wakes up with no memories. With his new friend Fina, they will embark on a journey about destiny and fate. 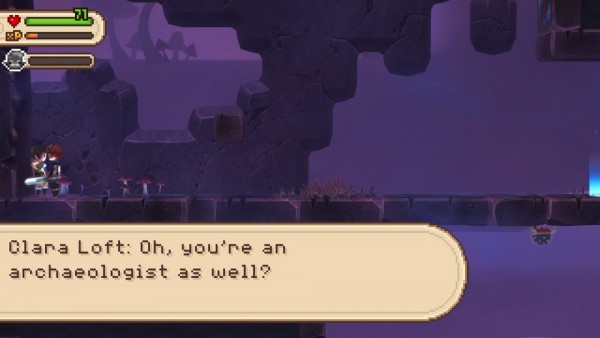 Kuro (in Square Enix tradition, the playable characters can be renamed) wakes up in an unfamiliar village without any of his memories. Encouraged by Fina’s father, Kuro goes to the forest where he was found in hopes of rekindling his lost memories. Instead of finding his memories, Kuro and Fina are shot back into time. In the midst of finding their way home, the pair realize there is a greater disaster looming in the future that they must stop.

Unfortunately, the plot is a bit lackluster as the story is rather predictable. Evoland 2’s writing is much better when it comes to the conversations between characters. The lines are witty and amusingly meta at times. The game’s writer strikes a great balance of smart satire and silly humour. I did notice a few minor formatting and grammar errors in the game that seemed to have missed the editor’s eye. Pop culture nerds will have plenty to love, as tons of pop culture and video game references are scattered liberally throughout the game. 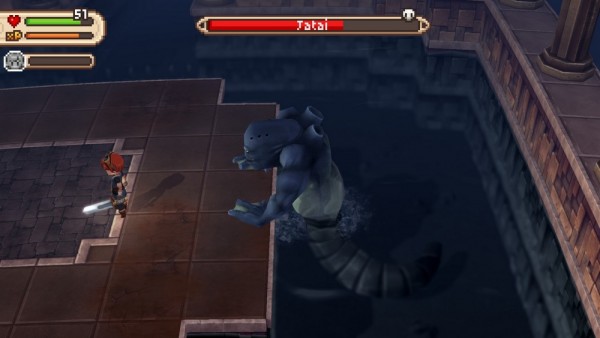 At its centre, Evoland 2 is an action RPG in the same vein as Legend of Zelda from the 16-bit era. The player controls Kuro, who has two attacks. Tapping the attack button will execute a slash and holding down the attack button will initially attack, then charge up his partner’s special attack, and then finally unleash the attack when the button is released. Kuro will have three partners that he can switch between at will, with three unique attack patterns. The game has all the trappings of a classical action RPG, complete with grass to chop, slimes to slay, and epic boss fights. As Kuro and company travel back and forth through time, the graphics will change accordingly, but the gameplay mechanics will not. 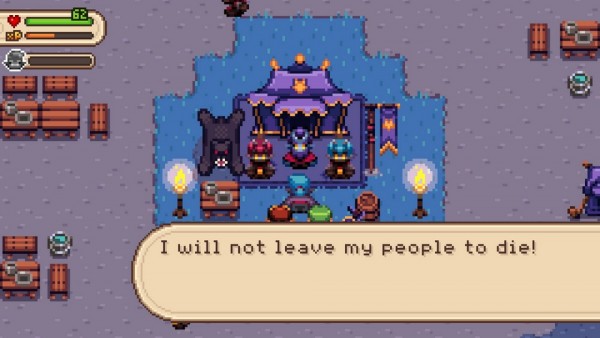 The large portions of the game are dedicated to cross genre segments. Experienced gamers will recognize bits inspired by Final Fantasy, 8-bit platformers, Metal Gear, 2D fighting games and other major genres or formative titles. Smaller genres were not forgotten about either, with smaller games like Professor Layton and Diner Dash getting a mini-game treatment. Shiro Games doesn’t do an awful job of exploring different genres, but they don’t do a great job either. The gameplay mechanics are very shallow, probably due to their short appearances. The mechanics only replicate the general feel of the genre, but none of the complexity. The simplicity often leads to a bit of tedium, with the only saving grace is knowing that the section will probably end soon and the mechanic never revisited.

The level design is interesting, as the player explores the same maps in three different time zones. Each era is a little different from before, and it is great to see NPCs growing older and dying as Kuro zips back and forth through time. The first half of the game is linear, with players being led around at a set schedule. The second half gives players free reign on the Magiliths, allowing them to move between eras at will. Clicking the Magiliths will move players to the next era, which is a bit clunky. I think a menu would have been a much better choice. 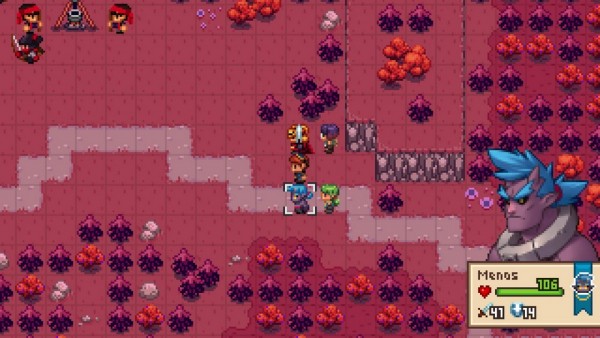 The puzzles and the boss fights are probably the game’s highlight. The puzzles for the most part are well designed and the solutions tend to be quite clever. The Professor Layton inspired puzzles are probably weaker than the level based ones, as the English instructions can sometimes be vague and confusing. Luckily, I only encountered a couple of cases and I could easily spam answers until I found the right one. The boss fights have some unique gameplay mechanics that is like a little miniature puzzle in its own right.

Evoland 2’s controls are pretty good. The game supports either keyboard and mouse or controller layouts, and the controls are very responsive. The default controller layout is instantly familiar to console gamers. I’m not a fan of the keyboard implementation. The default keyboard layout felt unnatural to me, but at least it can be rebound. The worst part is the fact there is no real way to see exactly what keyboard function is bound to what key in the menu. Instead, players are faced with a really clunky option that lets player rebind all eight game functions at once. 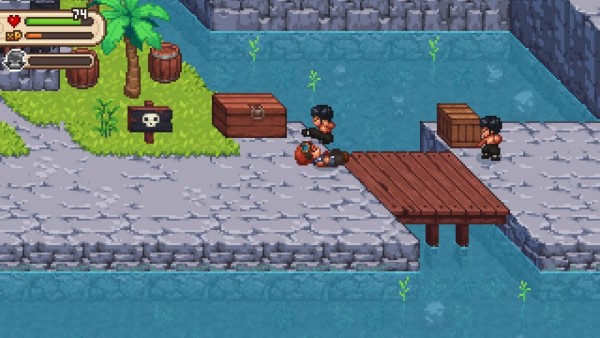 Evoland 2 has done an excellent job on the visuals. The art style nails the JRPG look perfectly. As time changes in game, the art style moves from 8-bit, 16-bit, to modern 3d graphics. I am a little disappointed that the menu stuck with the same 16-bit look throughout, as it was a bit weird to be playing with 3d graphics but a pixelated 16-bit menu.

On the technical side, Evoland 2 offers some basic adjustments for graphic settings, but lacks any adjustments for resolution. The game can be played in windowed mode using the Alt + Enter shortcut. The game works fine, but the start menu doesn’t properly scale. 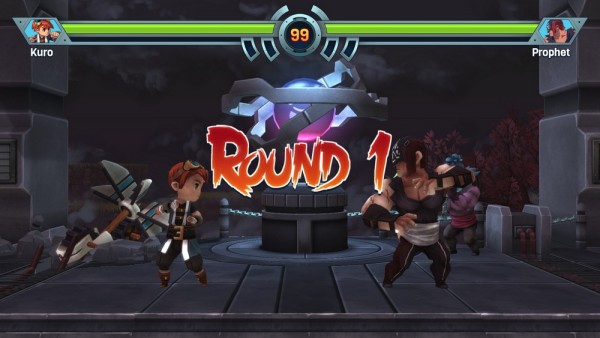 Evoland 2 is backed up with a strong soundtrack. There is a definite retro feel to the music, which works with the game’s theme. The sound effects are period correct, with plenty of bips and boops. I did encounter a slight issue from time to time where a menu would lag and the audio would be severely distorted for a second or two. The weirdest bit about Evoland 2’s audio is how loud the game is. I had to bring the game down to a volume level of one just to match the volume other games run at. 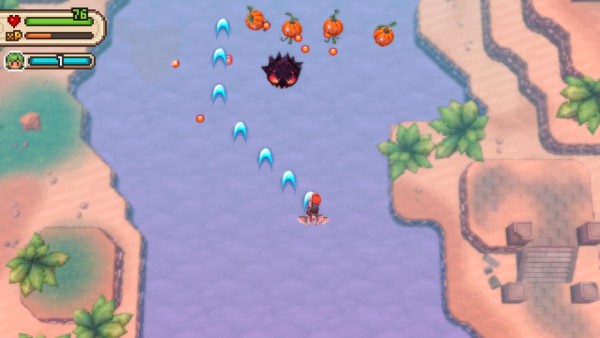 Evoland 2 is a must have for fans of the first game, the video game nostalgic, and gamers who have stuck to a single genre their entire career. Evoland 2 is the perfect sampler for people looking to explore new genres. The only problem is that playing the game is like watching a cover band, it is a decent replica of the original, but lacks the same oomph. In Evoland 2’s case, that oomph is complexity and depth, resulting in some tedium.