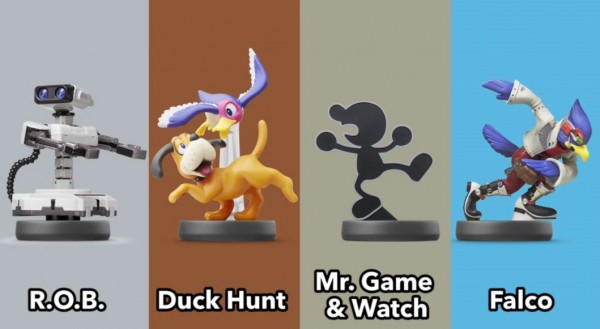 Earlier today Nintendo announced a new set of Amiibos that will be hitting stores in September. The first set of Amiibos happen to be three different Mii Fighters, one for each class, while the second set features mostly classic Nintendo icons.

These Amiibos happen to be R.O.B., Duck Hunt, Mr. Game & Watch (who will have changeable silhouettes), and the odd bird out Falco. It is worth noting that at the time of the announcement, Masahiro Sakurai did say that every Super Smash Bros. fighter will be given their own Amiibo, including Roy, Ryu, Lucas, and Mewtwo. 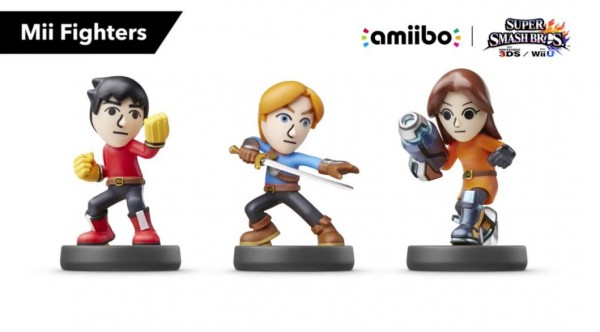 That wasn’t all the news Nintendo had for Amiibo lovers though. Shortly after the announcement of the aforementioned Amiibos, Nintendo of Europe’s Spanish section made the mistake of leaking an image that contained a number of un-announced figures. This includes an 8-bit Mario, Animal Crossing figures, and Animal Crossing cards. 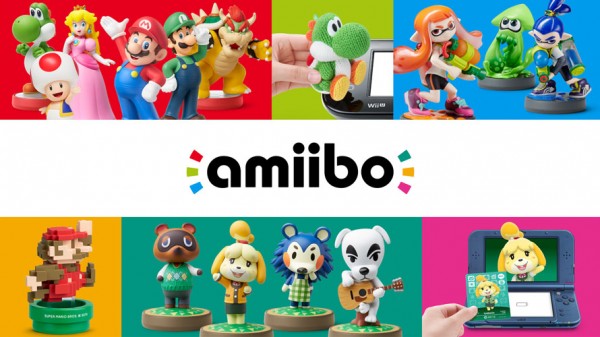 Of course since this was simply a leaked image, no details about these figurines and the games they will be used for were revealed, though the 8-bit Mario is likely for Mario Maker while we will have to wait and see regarding the Animal Crossing ones. 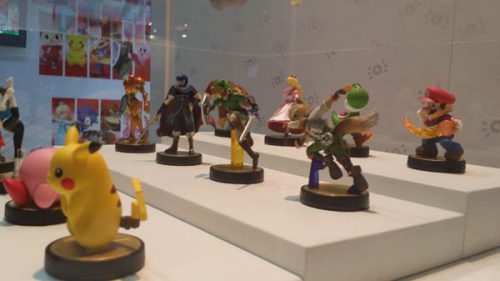