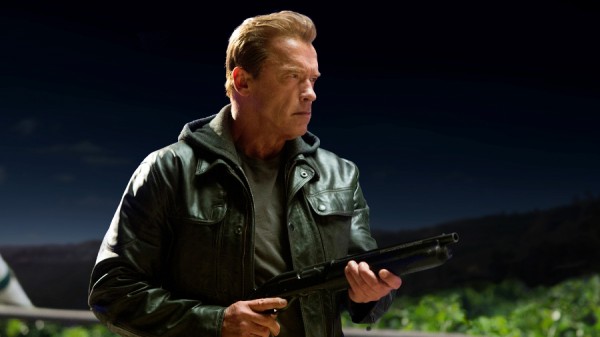 When the new trailer for Terminator Genisys was released last month, the internet blew up with the news that John Connor — the human who is supposed to save us from our future machine overlords — has become a human-machine hybrid sent back to kill his mother, Sarah Connor. Now, since everyone already knows (if you did not, my apologies and kudos on holding out this long), Paramount and Skydance Productions have released the all new one-sheet that you’ll be seeing at your local multiplex soon.

Here is the new poster for Terminator Genisys: 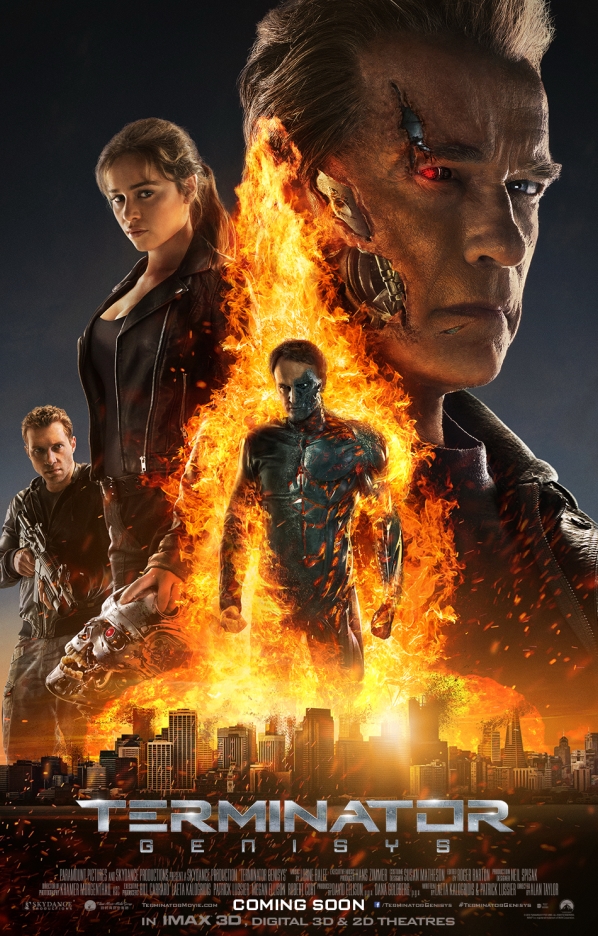 Personally, I’m okay with the John Connor news. All I really want to know now is who or what is Matt Smith (the Eleventh Doctor from Doctor Who) playing in this movie. They have spoiled everything else, so I just need to know at this point.

Terminator Genisys will reach theatres on June 25, 2015, directed by Alan Taylor from a screenplay by Laeta Kalogridis & Patrick Lussier. It stars Emilia Clarke as Sarah Connor, Jai Courtney as Kyle Reese, Jason Clarke as John Connor, J.K. Simmons as Detective O’Brien, Arnold Schwarzenegger as the Terminator, and Matt Smith as someone named Tim. And, if you haven’t seen the new trailer, check it out after the jump. 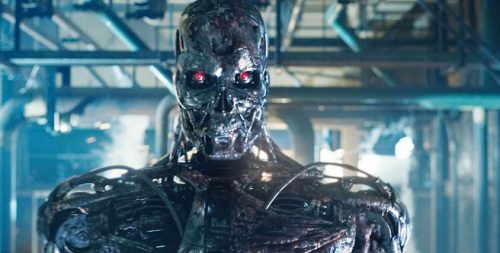