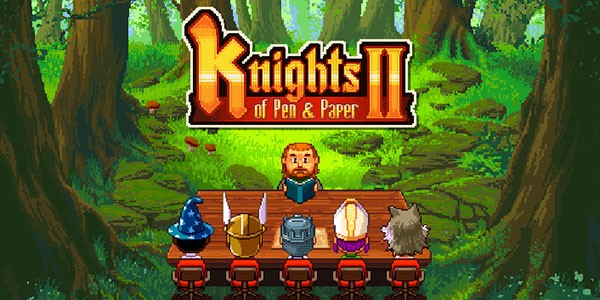 The follow up to the silly, yet utterly charming RPG Knights of Pen & Paper has launched on Android and iOS devices. The sequel brings back many of the previous features from the first title such as the 16-bit graphics and the quirky humour many fell in love with. Paradox Interactive and KYY Games have added an expanded equipment and crafting system, improved combat system, new classes, and dynamically generated dungeon. A new campaign has been created that will also introduce raiding to the game.

Currently, the game is available on the iTunes App Store and Google Play for $4.99 USD. A PC release compatible with Linux, Mac, and Windows will launch later this year.