In 2005 a small mod for Unreal Tournament 2004 invited gamers to London, England. The city was in the middle of a zombie outbreak caused by Horizine Biotech. Fast forward ten years and the mod is growing into its second retail release. Tripwire Interactive is now looking to take the very best parts of Killing Floor and ratchet up the dial to 11 in Killing Floor 2 to create a gory, yet classy co-op shooter. 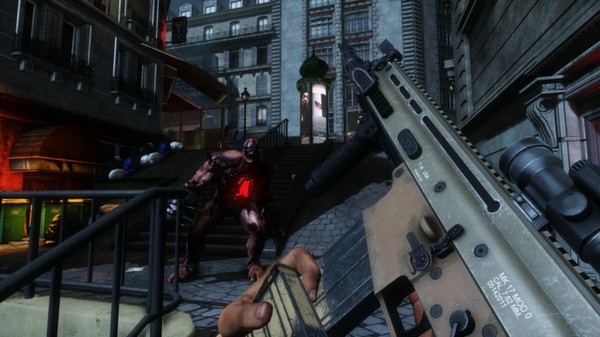 At its heart, Killing Floor 2 is still the same game as its predecessor. Six players work together to fight against increasingly difficult waves of disfigured creatures. New waves bring new and deadlier mutations and the entire game is capped off with a boss battle. Currently, there are four perks of the ten planned perks available for testing, along with some of the perk’s special weapons. Tripwire Interactive have released three maps for testing as of publication, with a fourth map to be released in the near future.

Between rounds, the trader opens her sales pod up. It definitely makes more sense lore wise than the first Killing Floor, when she would open up an actual brick and mortar store somewhere on the map. Money is gained throughout the round from kills and can be passed around to new players or those needing a little extra help to buy their best weapon. 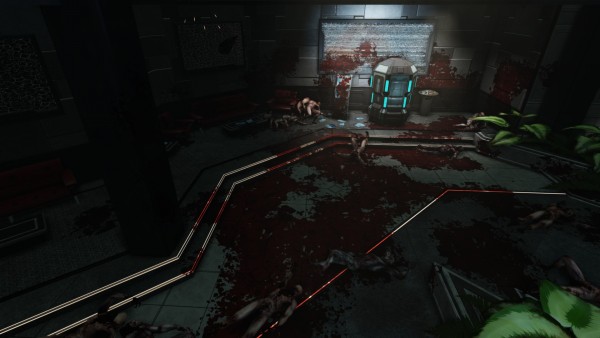 The four perks currently available cover all the basis of a class based shooter. The melee/tank Bezerker perk uses home-made melee weapons and converted power tools. The Field Medic is almost completely self-explanatory, wielding dual-use weapons that can fire bullets or healing darts. The Support class runs a variety of deadly shotguns and specialize in doling out ammunition and welding doors to control the flow of Zeds and buy time for the team in particularly challenging waves. The final perk is Commando, who deals mid-ranged damage using a variety of assault rifles. Probably the most user friendly change in Killing Floor 2 is the tweaked experience system. It is now a lot easier to level certain perks. For example, in the first game the Support perk could only gain experience by welding doors, resulting in some really boring grinds where a fledgling support would whittle down a wave down to the last few monsters on their own and then keep a door welded shut as to level faster. In Killing Floor 2, all perks can gain experience by just killing enemies with the perk’s weapons on top of fulfilling the perk’s primary role.

Levelling up a perk will give a percentage based stat bonus for each level. For every five perk levels, the player can select between two talents. Right now, the talents are still work in progress. Some perks have better designed talents that will most likely survive to the game’s release, some talents are just downright awful. The Bezerker’s two level five talents are the first to come to mind. 20% more ranged weapon ammo or night vision for a primarily melee tank? Really?!

The three maps are rather varied in locale and well designed. All three have plenty of room to roam around in and have a good mix of claustrophobic interiors and wide open spaces to kite Fleshpounds and Scrakes around. Biotics Lab never fails to make my heart stop when I spot the imprisoned Clots being shuffled around the map on a conveyor or the ones left to wander in their small cells. 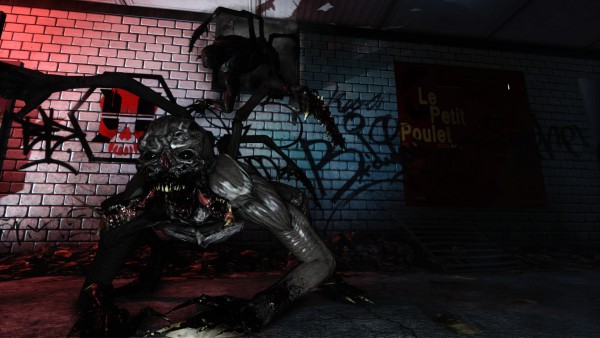 Killing Floor 2 remains a fantastic co-op experience. Even at normal difficulty levels, teams who are unable to stick together and support each other are bound to fail. No amount of experience, slow-mo Zed time, and ammunition in the world will save a bunch of lone wolves. Even in its current state, the game delivers some really tense moments. Currently, there is only one final boss, the 100 year old Nazi mad scientist Hans Volter. His three stage boss fight made me reminisce of hours spent raiding in MMORPGs. That first Hans Volter kill was ever so rewarding, especially after the several frustrating deaths while I learned the mechanics of the fight and a couple close calls. The future will bring more final bosses, including the return of the dreaded Patriarch.

One of Killing Floor 2’s biggest draws is the new visuals. The game has been upgraded with to Unreal Engine 3.5, giving it plenty of eye candy for those with powerful machines, while still being extremely accessible to a wide variety of computers. Tripwire Interactive has amped up the gore this time, as the maps slowly develop a thick layer of blood and gore as the rounds progress. I am impressed that the devs have figured out a way to pull this off without any noticeable impact to the game’s performance over time. 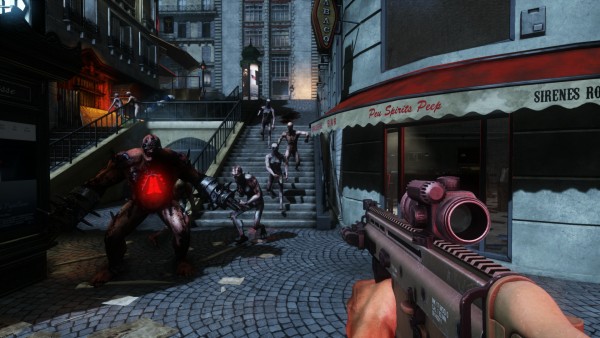 Tripwire has also included a new damage system called MEAT (Massive Evisceration and Trauma). It is inspired by Soldier of Fortune’s innovative GHOUL system. The MEAT system allows enemies to be sliced and diced based on how and what it was killed with. Slice a Zed with a downward katana stroke? Expect the body to fall to the ground in two pieces. When the slow-mo Zed Time is triggered, the game goes black and white except for the gore, which streak the view with shades of crimson. Tripwire has warned that some regions which ban extreme graphic violence will have their gore slider stuck at no or low levels when the game finally leaves Steam Early Access; however, Killing Floor 2’s excessive gore has quickly become an extremely guilty pleasure.

The audio is very good right now. Characters are extremely chatty with excellent voice acting and the gun sounds are enjoyable. The game also includes a metal-heavy soundtrack to slaughter zombies to, with options to enable or disable vocals. 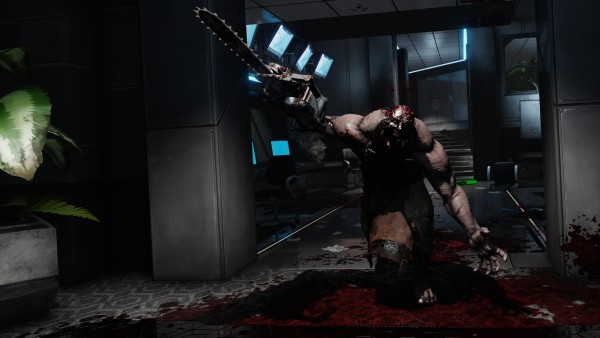 I am always amazed by Tripwire’s attention to detail. I love the small touches like pressing the reload key with full ammunition will get the player to clean the blood off their weapon or check their ammunition levels. I even noticed that characters have comments that are tied to their current perk. It really puts a shine on the surprisingly polished game the developers have put together for Steam Early Access.

Killing Floor 2 is just bloody good fun, even in early access. There isn’t too much content right now and there are some balance issues that need to be worked out, but I still find myself having a great time playing. Developers should pay attention to how Tripwire is running the early access phase, as Killing Floor 2 is the perfect example of how an early access title should look. The game is surprisingly polished, is actively being tweaked, and a steady flow of content is beginning to form. If Killing Floor didn’t get your attention, then Killing Floor 2 will grab you like a Clot and won’t let go. 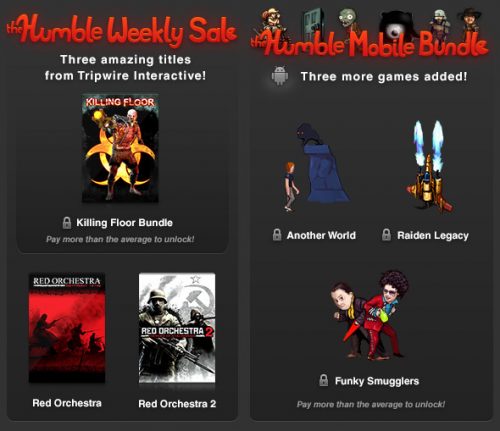