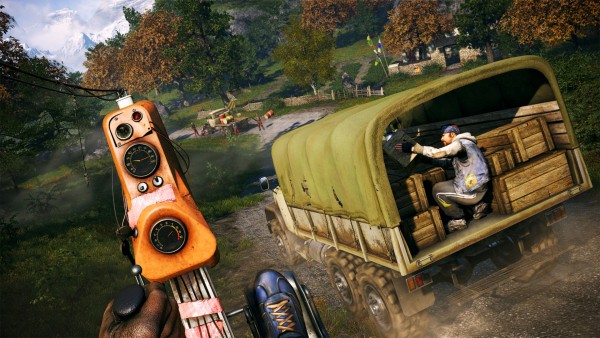 Far Cry 4 is set in the fictional nation of Kyrat, loosely based on Nepal. The country is torn asunder by the corrupt government led by the despotic dictator Pagan Min and the Golden Path rebel group, which itself is struggling with internal power divisions. Players take on the role of Ajay Ghale, a young Kyrati who grew up in America, as he fulfills his mother’s dying wish to have her ashes returned to Kyrat. His plans go awry, after he is caught in between the battle between Pagan Min and the Golden Path.