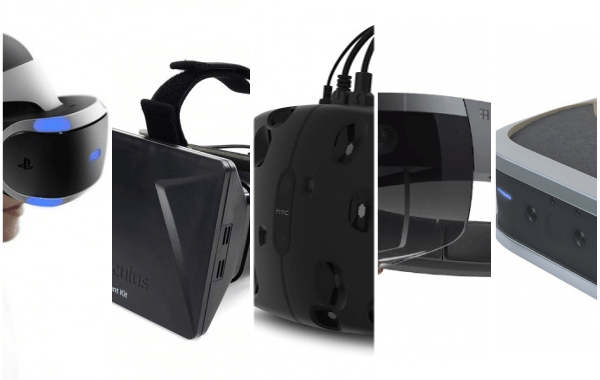 Virtual Reality seems to be the ‘big thing’ that every company is trying to get in on first. With the Game Developers Conference 2015 wrapping up, a lot of big companies have put their name in the V.R. hat as they all try to come out with the greatest reality morphing device. It can get a little confusing keeping up with it all so we’ve created a summary containing all the important information such as who is creating what, expected release dates and unique features. Should you wish to learn more about any one of these projects, each project title will take you to the official website for that device. 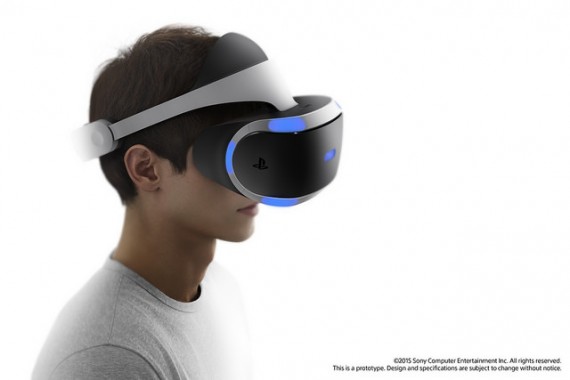 Sony have been far from shy revealing details of Project Morpheus as of late and the device looks very promising after receiving a huge update for the second prototype. Project Morpheus will feature a single 5.7″ OLED 1,920 x RGB x 1,080 display and 120Hz refresh rate, helping to eliminate any low resolution issues, remove flicker and help overcome one of the biggest problems V.R. is facing in the industry,  motion blur. Sony makes its money off consumers so it’s no surprise the Morpheus is designed for player comfort, featuring a light build and a quick release strap to remove the device. The headset will feature inbuilt 3D audio so that your ears aren’t left out of the experience. Project Morpheus will be powered by the PlayStation 4 requiring players to own the console to experience the headset. 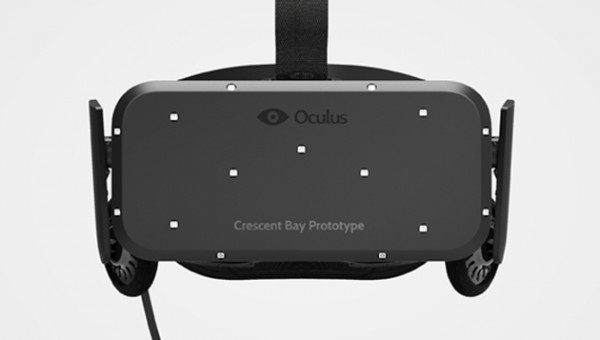 Pretty much the device that brought Virtual Reality into relevancy several years ago, Oculus Rift is still pushing to be one of the leading V.R. devices with a little help from Facebook who purchased the company behind the device last year. The Rift offers a resolution of 960 x 1080 per eye on OLED displays, positional tracking for your head movements, 75 Hz refresh rate and a low persistence display to help eliminate motion blur. It is easily the most developer friendly device on the market with heaps of integrations with Unity 4, Unreal Engine 4 and UDK. Basically the technology is a little behind on Sony’s Morpheus but the Rift is more open to developers and players with it’s PC compatibility. Anyone is able to purchase one and a heap of games have already been made compatible with the Rift. 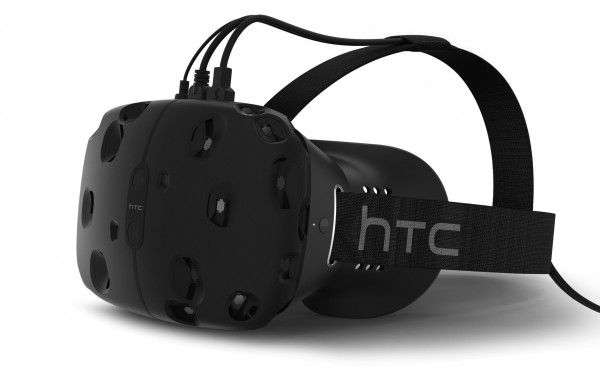 The big new boy in the V.R. space formed from a collaboration with two power house companies, the Vive has had heaps of good impressions from the most recent GDC. The Vive sports a 1,200 by 1,080 pixel screen in front of each eye, both with a 90 Hz refresh rate and promises it can display photo realistic imagery. You can pair the headset with a pair of Steam VR base stations (sensors you place in corners of the room) to track your physical location which means you can actually get up and walk around unlike many of the other devices on this list. The development kit comes with two long controllers that you can hold in each hand that can track you hand and arm movements and seems much more better suited to a V.R. experience then a single game controller, allowing your hands to move freely. 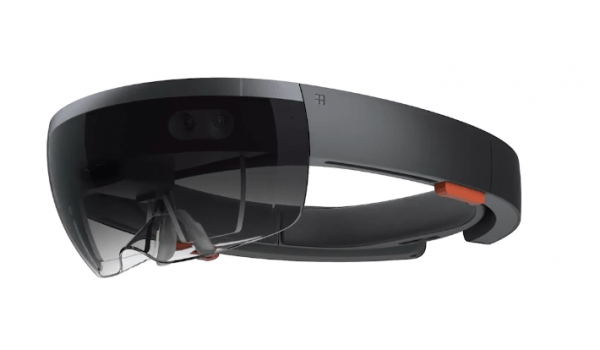 Let’s face it, Kinect has failed to bring any sort of revolution to gaming and is pretty much restricted to games aimed at children. Hoping they can actually affect some change, Microsoft’s new device the HoloLens functions as more of an augmented reality device than a strict virtual reality device.  The lens at the front is transparent, so instead of being fully in the games world you will see the real world with holograms overlayed in it, picture holograms all around you with say a Skype chat box appearing while you walk or Minecraft but all over your living room. Not much has been said on actual specs, but the HoloLens features a very powerful, inbuilt Holographic Processing Unit which keeps the device completely wireless and allows the unit to recognize hand gestures as its main control form. HoloLens also features built in spatial sound, so you will hear Holograms when you are an appropriate distance to them making them seem more natural in your environment. Another great feature is it is not tied to any other software or hardware. 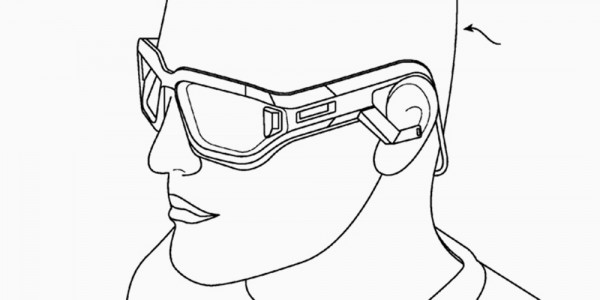 Definitely the most mysterious project on this list, the Magic Leap project is one crafted around love but is still in early prototype stages as you can tell by the picture we had to use. While most of the devices here use Stereoscopic 3D to essentially trick our minds into seeing images, Magic Leap will use light projection to make incredibly realistic projections appear in the real world, which according to the CEO respects the biology of the human eye-brain system in a safer way. We don’t know much about it yet, but this is definitely a project to keep your eyes on as the company is promising to blow us away and show us an all new V.R. experience. 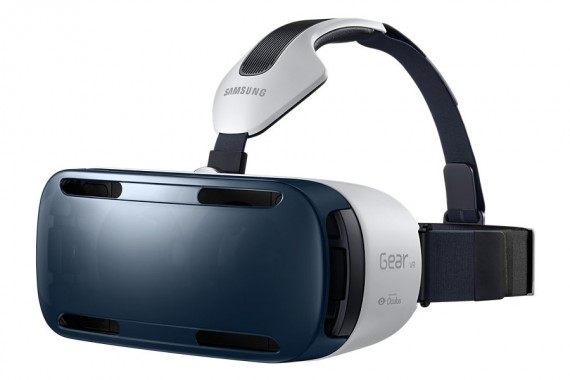 The only device on this list available now to the general consumer market, the Gear VR will require you to own the Samsung Galaxy Note 4 (or any future released Note series device) as it uses the phones high quality 5.7″ Quad HD AMOLED screen as the display and does not have one of its own. The Gear VR is more like a V.R. Android Mobile Interface and is seemingly more limited than many of the other devices on this list, however it will let you enjoy some cool stuff like 360 degree videos and navigate menus with hand gestures and touch controls. 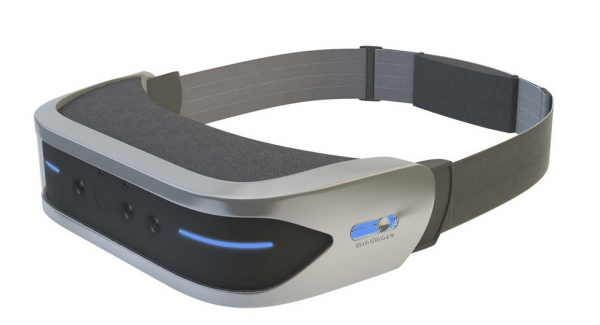 The MindLeap is one of the smaller players in the market but that doesn’t mean it has nothing to offer. There is one huge difference with this device that makes it stand out from the crowd, it uses your actual brainwaves as the controls instead of physically controls or hand gestures (although there is still functionality for the former control method). This is great news for both tech heads and disabled gamers. Another big stand out is that the device is not strictly virtual or augmented reality but can easily be switched between both with a single button flick. The device will come with a 3D camera to track your movements and work in sync with the headset to provide a complete V.R./A.R. experience. MindLeap will be able to be used with a number of games across a number of platforms including mobile devices and consoles. The device is also expected to be a big part of the medical science sector, especially in regards to rehabilitation and neuroscience.

The Virtual Reality space is definitely showing promise and it has always been a bit of gaming dream that one day we would be able to actually step into the shoes of the onscreen characters and feel like we are in the game. Now with the appropriate advancements in technology, that day doesn’t seem far away. Let us know in the comments below which V.R. project you are most excited about and how you would like to see the technology used in games. If you know of any other major projects being worked on in the V.R. space that we missed pleased let us know about it as we would love to check it out.

Bungie/Activision project confirmed as an MMO 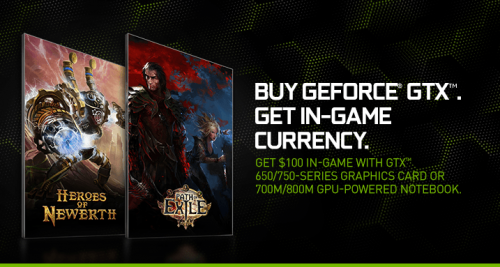