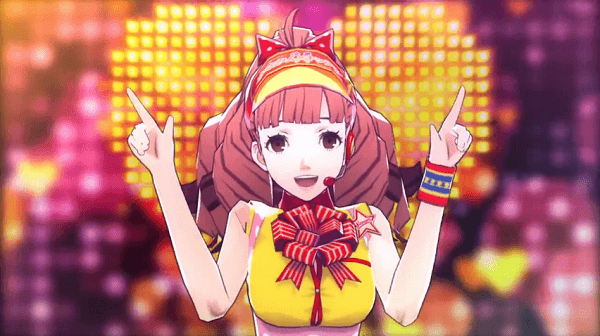 Back when Persona 4: Dancing All Night was announced, it was revealed that Rise would have an up and coming rival in the idol industry named Kanami Mashita. Since then we haven’t heard or seen much about Kanami but today Atlus has released a gameplay trailer introducing her character.

In the trailer Kanami talks about how she has someone she admires and that is why she became an idol. The trailer features Kanami dancing to the song “Shadow World,” just one of many songs that have been re-done for Persona 4: Dancing All Night which is set to be released in Japan on June 25th and will be released in the West sometime in the future.