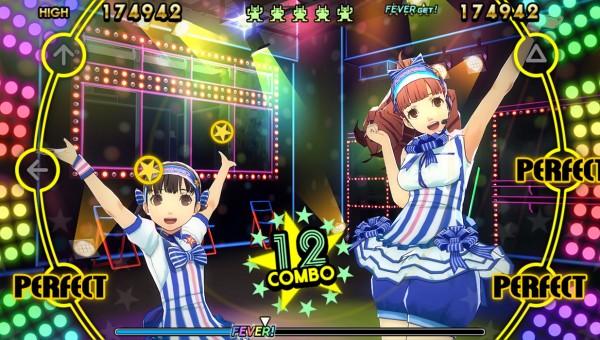 We’ve seen a fair number of Persona 4’s characters dancing in Persona 4: Dancing All Night but we haven’t seen much in the way of straight gameplay footage. Well today Atlus released two tutorial videos featuring Teddie explaining the basic gameplay controls where players will need to time their button presses to the flying notes on the screen, holding down when they need to, or making use of double notes and “scratches” which are like bonus segments that allow the player to boost their score.

Persona 4: Dancing All Night is currently set to be released in Japan on June 25th though Atlus USA has already announced plans on releasing the title in North America, those who purchase the game from online retailer Loppi/HMV will be given special Lawson costumes for Yu Narukami, Nanako, and Kanami Mashita.