A new trailer for Story of Seasons was released recently by XSEED Games as a way to welcome players into the life of Oak Tree Town, which is where they will be staying in the game once Story of Seasons is released sometime this year for the Nintendo 3DS. 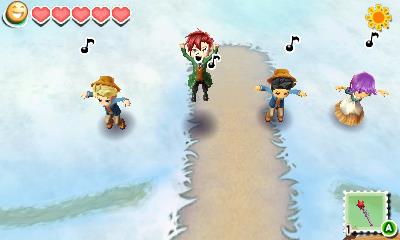 The company also announced that anyone who pre-orders the game at GameStop, Amazon.com, EB Games and other participating retailers will be given a special Angora Rabbit “pocket plushie” as a pre-order bonus. For those who haven’t been following the title, Story of Seasons is the start of a new chapter for the ‘Bokujo Monogatari’ series under a new name (as it was previously localized as Harvest Moon).