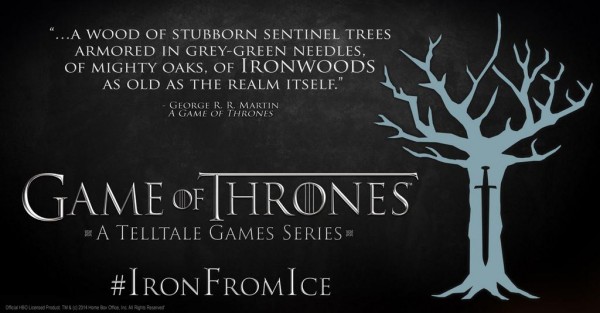 Although we learned that Telltale Games would be working on a Game of Thrones title sometime in the future, that announcement came almost a year ago. Well it seems that we will soon be learning more about the game as Telltale has released the above teaser image for their upcoming game. As you can see, it contains a quote from the book mentioning the Ironwoods as well as a picture of a sword within a tree, which is likely a house sigil.

While we still have no details about what the game might be about, it seems like the Ironwoods will be playing an important role in some way. Either that or this is an elaborate ruse to catch the attention of fans of Game of Thrones.