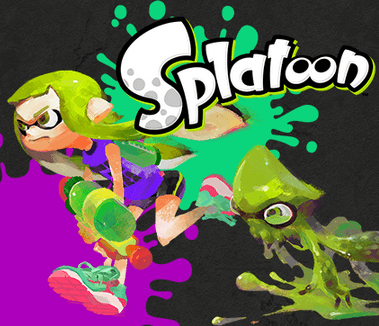 Splatoon may just be the craziest upcoming Nintendo title to date, a platoon of colourful warfare over turf that will splash onto the Wii U console next year. The unique third person shooter is more ‘paint bomber’ than call of duty and is comprised within a tight-knit arena, similar to an enclosed skate park for skating tricks and graffiti. Currently playable at EB Games Expo this weekend, Splatoon, is still in the development stages and, therefore has not been confirmed on a set release date yet, however it is expected to be available during the first quarter of 2015. 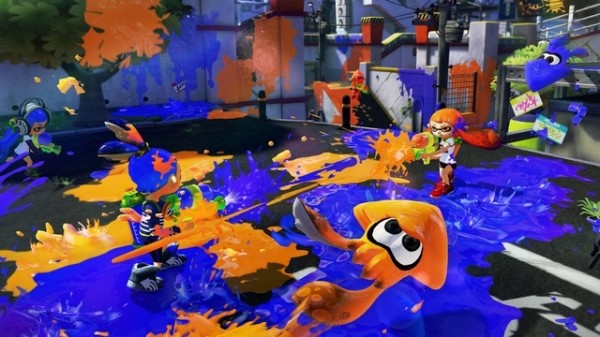 The fast-paced and addictive action game invites players to join in online battles between two teams of four, each with a specific colour. Before the co-op round begins, players must go through a basic tutorial to become accustomed to the controls and daunting ‘paintball’ atmosphere. To aim the ink gun, players need to tilt the controller up and down and have balloons of ink scattered across the arena for target practice. As adorable ‘inklings’, players are able to switch between two forms throughout the game; a young girl or squid-like creature (imagine a more attractive version of Squidward from SpongeBob Square Pants). The human versions are designed to shoot rivals, jump and throw super soakers of ink at players or in hard to reach areas. In comparison, squids are primarily used for replenishing the ink generator and moving faster through the splattered goo on the floor of the arena.

In Splatoon, the objective is straightforward; win the turf war by spraying the most amount of your team’s ink in two timed rounds. By covering more territory, players can unlock powered-up super weapons for more explosive results. While it may seem like good fun to split up, invade the enemy’s turf and defeat the rivals, it’s important for teams to remember that success is the direct result of strategy and working together. If players die in an inky shoot-out, they re-spawn at the starting point in their turf and essentially have to backtrack to the other side of the map to get revenge. However, a loophole exists on the Wii U gamepad – players can tap a point in the arena they wish to reach and instantly jump across to the chosen destination after respawning. The gamepad map is an essential tool in the Splatoon, as it gives players a birds-eye view of the arena to help them pinpoint each of their team member’s locations and focus on the areas that haven’t been covered in the teams ink so far. What is really great about the map is that this feature speeds up the gameplay process, so players can cover as much ground as possible and make the best use of their time within the set period. 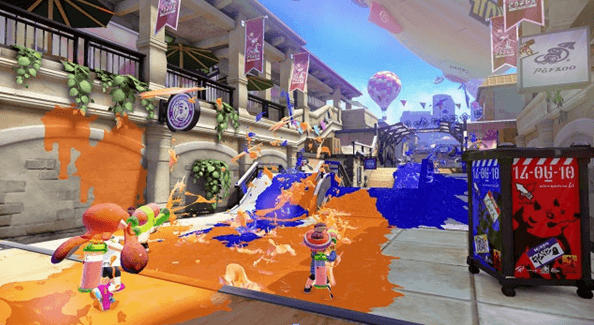 In terms of the scoring system, players can earn the most amounts of points from shooting enemies or unleashing the special explosive ink device, which is only accessible when the ink generator is fully charged. The team that is able to trap their opponents in a more confined space on the map first, are usually the winners of the round. The reason behind this tactic, is that the players health is seriously affected when travelling through a different colour ink.

What appeals to me most in the game, Splatoon, is the vibrant atmosphere and the fact that it is up to the players to decorate the arena. Whether the pallet is blue and pink or green and purple, the mix of two colours from two teams is just the right dose of primary colour inks for painting. The soundtrack is upbeat and has just the right tempo to keep players head in the zone for ink wars. 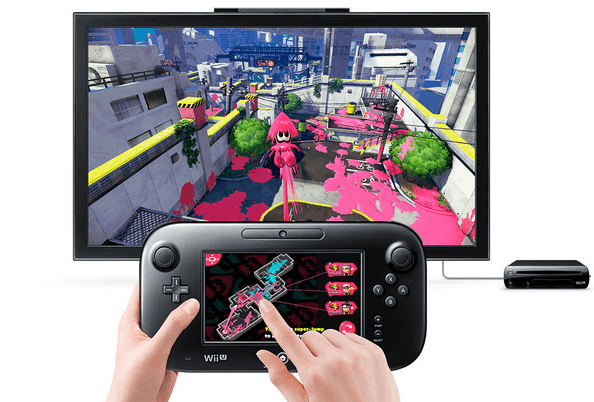 Based on the preview, I have to say that Splatoon is definitely one of the most memorable and fun upcoming titles from Nintendo. If you have a Wii U, then it’s in your best interest to splash into the paintball arena next year. While the concept is easy going and would appeal to all ages, I am interested to see whether the developers take the game a step further to solo missions and offering players a diverse range of challenges in different maps of the game. For more coverage on the EB Games Expo and hands on previews, please follow the link here.

New Splatoon Nintendo Direct Set to Squirt on May 7th